In this week's newsletter, Ezgi Akin rounds up the top stories from Turkey. 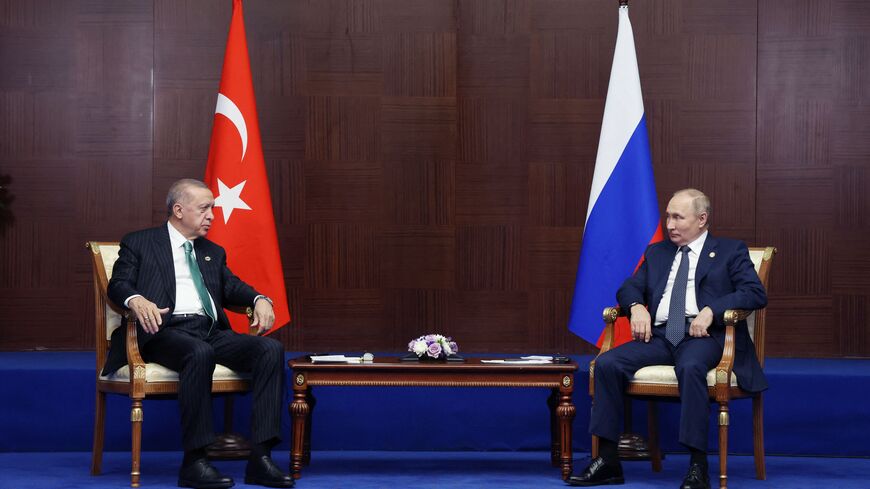 Russian President Vladimir Putin meets with Turkey's President Recep Tayyip Erdogan on the sidelines of the Sixth Summit of the Conference on Interaction and Confidence Building Measures in Asia (CICA) in Astana on October 13, 2022. - VYACHESLAV PROKOFYEV/SPUTNIK/AFP via Getty Images

As actors involved have notably toned down their objections to Turkey’s potential ground offensive in northern Syria, the ball seems to be in Russia's court, but how can Ankara convince Moscow to give it a green light?

The answer might lie in a series of positive messages that Turkey has been signaling to the Syrian government over the past two weeks. After Turkey’s President Recep Tayyip Erdogan expressed his fresh interest in a possible meeting with Syrian President Bashar al-Assad last week, Ankara offered a series of new olive branches this week.

Acknowledging Turkey’s part in Syria's territorial divisions for the first time, a top presidential aide described the current status quo in the war-torn country as “not ideal.”

“Currently Syria is effectively divided into three parts. There are regions controlled by the regime, Russia, Iran. There are regions held by US-backed PYD/YPG-held regions and then there are regions that are under our control,” Erdogan's spokesman and chief foreign policy adviser Ibrahim Kalin said during a live interview Tuesday, by using the acronyms of Syrian Kurdish Democratic Union Party (PYD) and its armed wing People's Protection Units (YPG). “Now, in fact, this is not an ideal situation,” he added.

Read the rest of this week's Turkey Briefing here. Get this newsletter in your inbox each week by signing up here.