The Gulf Briefing: green deals and oil talks at COP27

In this weekly newsletter, Sebastian Castelier rounds up the biggest Gulf stories from the region. 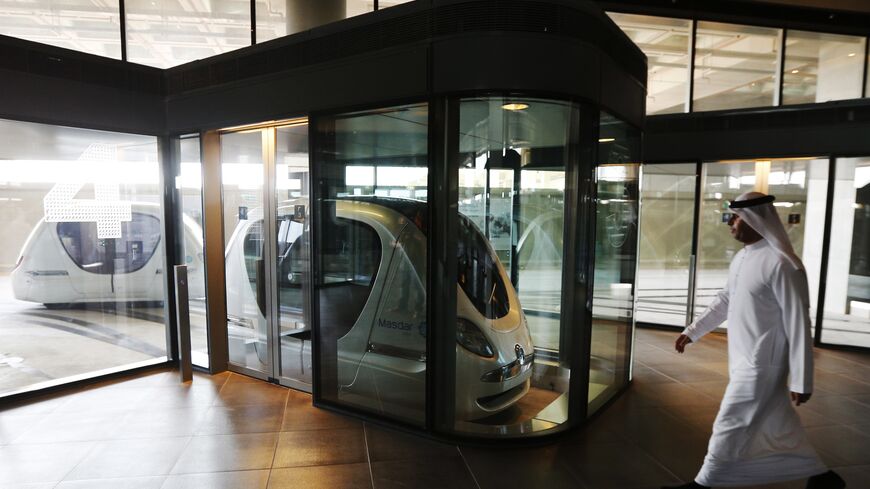 A man walks past an electric car in Masdar City, outside the Emirate of Abu Dhabi, on October 7, 2015. - KARIM SAHIB/AFP via Getty Images

Over the past week, a flurry of green energy deals have been made at the UN climate change conference. Emirati renewable energy company Masdar signed an agreement on Tuesday to develop one of the world’s largest onshore wind projects in Egypt. On Friday, the UAE unveiled the pathway to implement its "Net Zero by 2050" goal announced last year. Kuwait followed the pack and said the country will be carbon neutral by 2060.

Crown Prince Mohammed bin Salman said Saudi Arabia would contribute $2.5 billion over the next 10 years to the Middle East Green Initiative, whose summit was held in tandem with COP27. The kingdom is establishing a capture carbon facility to compensate for natural gas-based hydrogen production and signed renewables and carbon capture cooperation deals with Oman. Masdar aims to increase clean power capacity five-fold in five years and thinks Africa could become a hub for the generation of green hydrogen.

The green economy is a big business for the region and good for PR at the same time. If Gulf states continue business as usual, their combined GDP will be at $6 trillion by 2050. Embracing a green growth strategy could push it to over $13 trillion by 2050.

But while praising green growth, Gulf states pushed back against calls to zero out fossil fuel investments. Oman’s energy minister said it would be “foolish” to assume renewables can meet the world’s growing energy; the UAE said it would carry on pumping oil and gas responsibly. Saudi Arabia’s energy minister said climate activists are “more than wrong” to doubt the kingdom can reduce emissions and still pump oil, adding, “I believe Saudi Arabia will be a producer of hydrocarbons even by the end of the 21st century.”

Read the rest of this week's Gulf Briefing here. Get this newsletter in your inbox each week by signing up here.