Morocco was the only team from North Africa and the Middle East to advance to the round of 16, which won them a lot of support in both the Arab world and on the African continent. 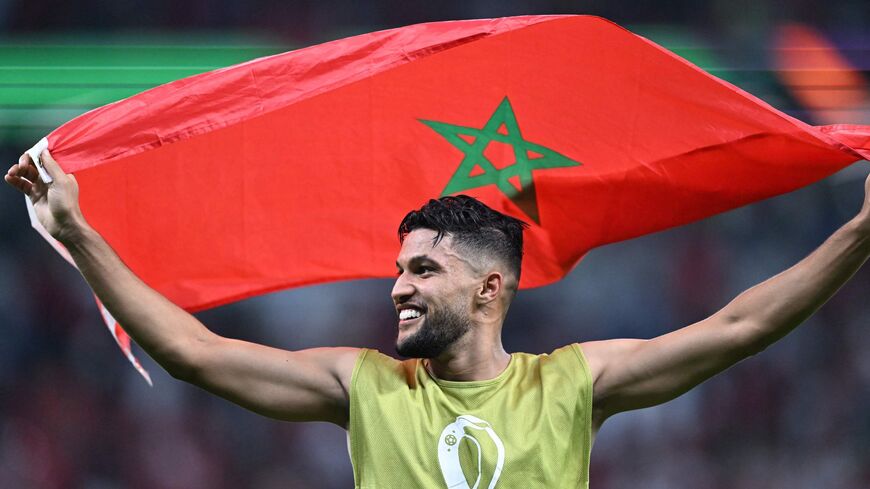 Morocco's defender #25 Yahya Attiyallah waves his national flag as he celebrates with supporters winning on penalty shoot-out the Qatar 2022 World Cup round of 16 football match between Morocco and Spain at the Education City Stadium in Al-Rayyan, west of Doha on Dec. 6, 2022. - KIRILL KUDRYAVTSEV/AFP via Getty Images

Morocco has defeated Spain at the World Cup in Doha on Tuesday, advancing to the quarterfinals for the first time in the country's history.

The score was 0-0 at the end of regulation and overtime, moving the game to penalty kicks, where Morocco won 3-0. The team's goalkeeper Yassine Bounou stopped three Spain penalty kicks crushing the hopes of the 2010 world cup champion.

Yassine Bounou - the best goalkeeper in La Liga last season puts up a heroic performance for Morocco 🇲🇦 to eliminate Spain 🇪🇸 and send them out of the World Cup.

Why it matters: Morocco was the only team from the Middle East and North Africa to advance to the round of 16 and played well in the group stage. As a result, many people from the Arab world and the African continent started rooting for the Moroccan team. Many Africans declared their support for Morocco on social media ahead of the Spain match. Al Jazeera even ran an article praising the Moroccan players for respecting their mothers.

The Moroccan team also received attention for expressing solidarity with the Palestinian cause during the group stage. Pro-Palestine and anti-Israel sentiment is strong in Morocco, despite the kingdom’s alliance with Israel and Morocco’s own occupation of Western Sahara.

The Moroccan team again celebrated with Palestinian flags after win over Spain.

Many considered Morocco an underdog, though Spain was only slightly favored by some handicappers.

Know more: Morocco notably has a Moroccan coach, Walid Regragui, who took over in August. Many teams from the region have European coaches, and Morocco was previously coached by Bosnian Vahid Halilhodzic.

Regragui has been praised for his coaching at the World Cup, with FIFA recently describing the coach as a “hero.”

The Moroccan players picked up Regragui and threw him into the air after the win to cheers from the many Moroccan fans in the stands.