The deal comes at a notable time in Iran-Iraq relations, as the Islamic Republic continues to threaten and attack Kurdish groups in Iraq. 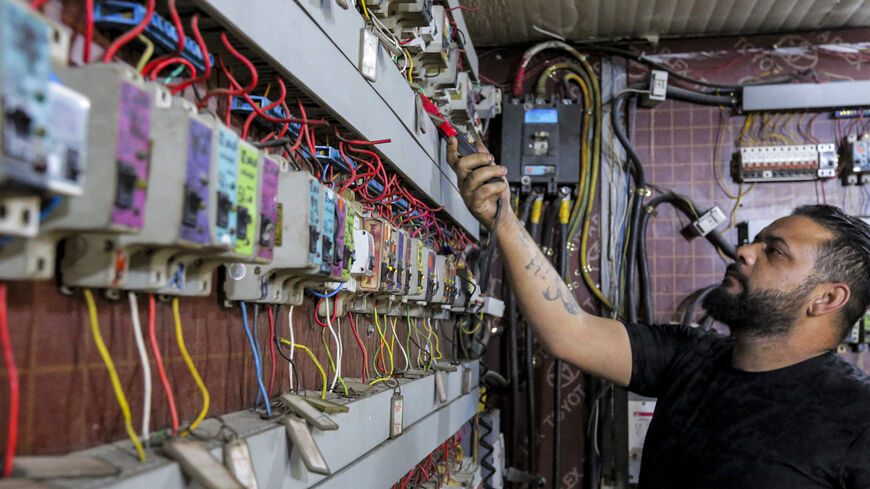 Iraqi Aqeel Hassan, one of the owners of private electric generators, is pictured on July 17, 2021, at his business in Baghdad's Sadr City district, Iraq, which powers 270 homes in the block when the faltering national grid breaks down. - SABAH ARAR/AFP via Getty Images

Iran signed a $4 billion contract related to the export of technical and engineering services with Iraq. The purpose of the agreement is to make up for the decrease in Iranian non-electricity exports to Iraq. From March to November of this year, such exports decreased $1.4 billion to $4.7 billion. The reason for the decrease was the delay in forming an Iraqi government, the Iranian state-run Press TV reported.

Why it matters: There have been numerous developments in Iran-Iraq relations recently. Iraqi Prime Minister Mohammed Shia al-Sudani finally took office in late October — a year after Iraq’s last election. Yesterday, Sudani visited Iran and discussed cooperation regarding the economy, security and religious tourism with Ayatollah Ali Khamenei, according to a tweet from the prime minister’s official account.

Earlier this week, Khamenei demanded Iraq take action against Iranian Kurdish opposition groups based in the autonomous Kurdistan Region of northern Iraq. The widespread anti-government protests in Iran began in Iran’s own Kurdish areas, and the Islamic Republic has been escalating its cross-border attacks on Kurdish groups in response.

Iran is a major export partner of Iraq and provides its neighbor with electricity. However, Iran cut its electric exports to Iraq earlier this year, blaming issues related to US sanctions. Iran’s main exports to Iraq in 2021 were agricultural products, engineering services and construction materials, in addition to electricity. These exports increased 21% that year, according to the Iraqi Kurdish news outlet Rudaw.