US woman detained in Saudi Arabia released amid guardianship battle

US citizen Carly Morris has been released from a Saudi prison, but says she's still unable to leave the kingdom with her young daughter. 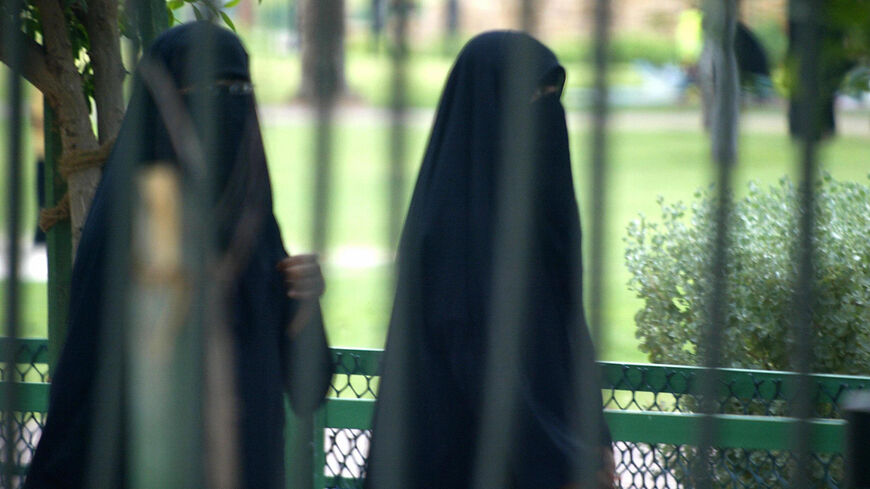 An American woman has been released from detention in Saudi Arabia, where the country’s male guardianship system has rendered her effectively trapped in the kingdom, her family told Al-Monitor.

Carly Morris was summoned Monday to the police station in the Saudi city of Buraydah, where her family says she was accused of “disrupting public order” and transferred to a women’s prison some 40 minutes outside the city.

The 34-year-old California native said she was released without explanation overnight Wednesday. In a phone call to her parents, Morris said she returned home to find her apartment had been raided and many of her belongings were missing.

“Everything was gone. She said it was like they expected her not to come back,” Morris’ mother Denise White told Al-Monitor.

For more than three years, the kingdom’s male guardianship system has kept Morris from taking her eight-year-old daughter Tala, also a US citizen, back to the United States. The pair traveled on vacation to Saudi Arabia in 2019 to meet the family of her former husband, who Morris says then stole their travel documents and refused to grant Tala permission to leave.

After criticizing the so-called guardianship laws on Twitter, Morris says she was informed in September 2022 that she was subject to a travel ban that prohibits her from leaving Saudi Arabia as well.

Reached by Al-Monitor on Tuesday night, White said she feared for her daughter and granddaughter’s safety in the conservative Gulf country.

“I'm just beside myself because I can't do anything,” White said from her San Diego home. “I'm stuck here. If I go there, then I'm going to wind up in jail too.”

Morris appears to be one of several known cases of Americans whose movement is restricted under travel bans that human rights groups say are part of a broader Saudi government campaign to silence dissent both at home and abroad. They include physician Walid Fitaihi, epidemiologist and writer Bader al-Ibrahim and journalist Salah al-Haidar.

Speaking to reporters on Tuesday, State Department spokesperson Ned Price said the US Embassy in Riyadh was “very engaged” in Morris’ case. A representative for the Saudi Embassy in Washington did not immediately return a request for comment.

Tensions between Riyadh and Washington remain high over the Saudi-led OPEC+ decision to slash oil production despite US concerns that the supply cut would further push up oil prices. The major output cut prompted the Biden administration to say it will review the longstanding US-Saudi relationship and work with Congress on possible consequences.

Allison McManus, research director at the Washington-based Freedom Initiative advocacy group, called the jailing of Morris “yet another sign that Saudi simply does not value the US as an ally.”

“Before we hear any more reference to Saudi’s strategic partnership, we need to see an end to the abuse of American citizens,” McManus said.