Turkey’s plan for joint oil and gas exploration with Algeria raises the specter of operational and financial challenges for a country already under economic strain, experts say. 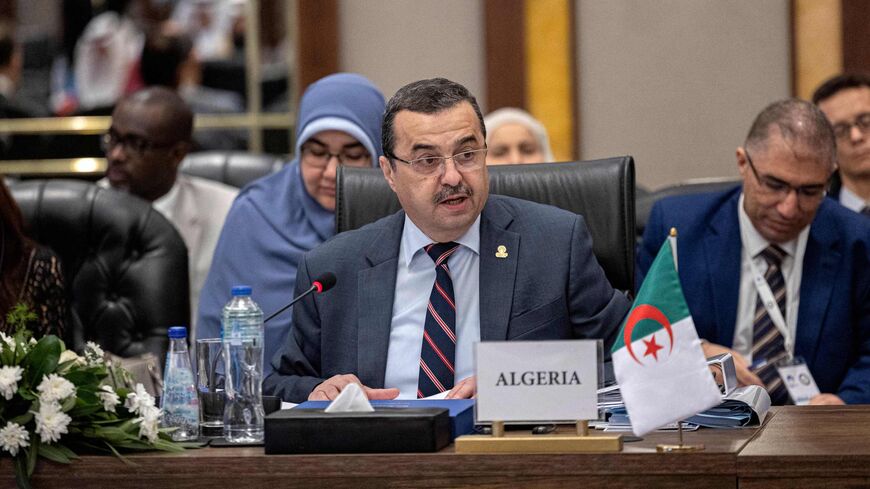 Amid controversy over its role in North Africa, Turkey has reached an agreement for joint oil and gas exploration with energy-rich Algeria. Still, questions linger over the viability of such a venture.

Speaking after talks in Algiers on Nov. 10, Energy Minister Fatih Donmez said that Turkey’s state-run petroleum company TP and its Algerian counterpart, Sonatrach, would set up a joint company for oil and gas exploration in Algeria and other regional countries.

The details of the plan remain unknown, but it raises the specter of financial challenges for a country that is already grappling with economic turmoil, including a foreign currency crunch, according to Ali Arif Akturk, a former senior executive at Turkey’s state energy importer BOTAS and oil company Genel Energy.

Exploration is “the riskiest part of the business” and requires the use of one’s own resources because of the slim chances of finding loans for such projects, Akturk told Al-Monitor. “I cannot say whether [the Algerian government] could offer fields where gas and oil discoveries are more likely or grant [the joint company] some competitive advantages. But Turkey is hardly on a competitive level in terms of exploration and production,” he noted.

Stressing that even big companies are overly cautious about undertaking exploration in risky areas, Akturk said, “TP would be using taxpayers’ money and not loans. This might have been [viable] a decade ago, but now that we are going through an economic crisis, this would further widen Turkey’s current account deficit, which is already [on course to reach] $45 billion to $50 billion.” He added, “You drill, you spend money and eventually you may or may not find reserves. The technical and geological risks of exploration are very high. Algeria wants to share the risk.”

The same goes for Turkey’s gas exploration operations in its own Black Sea waters, Akturk said. He continued, “Anywhere in the world, companies would partner with others in offshore exploration so as to share the risks. TP is doing it on its own. Some $3.5 billion are being spent in the Black Sea. You have to collect additional taxes for that or you’ll be enlarging your current account deficit.”

Noting that the Turkish treasury’s borrowing cost has already shot up amid the country’s economic woes, he added, “Let’s say you spend $600 million to $700 million on 10 drillings on land in Algeria. The cost of these operations would not be the money of shareholders on the stock market as is the case with multinational companies. The cost would grow with the interest paid on [borrowed] treasury money. … The treasury’s coffers are empty and TP gives account to no one about the risks it is taking.”

According to Akturk, “the carrot” for Turkey in joining such a venture could be the prospect of extending its gas contract with Algeria on favorable terms. Turkey, whose annual gas consumption is about 60 billion cubic meters (bcm), imports liquefied natural gas (LNG) from Algeria, its fourth-largest gas supplier after Russia, Azerbaijan and Iran, which use pipelines to pump the gas. Turkey’s 10-year contract with Algeria, involving 4.4 bcm of LNG per year, expires in 2024.

Akturk opined that Algeria could agree to extend Turkey’s contract without changing the terms despite the high LNG demand on the global market. “Turkey needs to have at least two long-term LNG contracts. It has a capacity to import up to 9 bcm per year,” he explained. “The 1.3 bcm contract with Nigeria was not extended — it was a difficult one. Mozambique or other African countries could become the new supplier. Egypt was an option, but bilateral political problems remain unresolved. Qatar enjoys ample demand and is unlikely to offer favorable terms. Algeria is the best option.”

Ankara’s appetite in the energy sector has grown amid its discovery of an estimated 540 bcm of gas reserves in the Black Sea since 2020. President Recep Tayyip Erdogan says Turkey could start using the gas next year. Buoyed also by Russia’s offer to set up a gas hub in Turkey, the government plans to organize an international gas summit in Istanbul in January or February.

Turkey and Algeria are considering also the establishment of a joint mining company between their mining agencies, according to Algeria’s energy minister.

Some 1,500 Turkish companies are active in Algeria, employing 30,000 people, Donmez said. Their investments in the country are worth about $5 billion and have the potential to grow further, he said.

Algeria has been wary of Turkey’s intervention in Libya and its cooperation with Islamist forces but has followed a cautious approach focused on mutual interests. As the host of the Arab League summit in early November, it resisted Egyptian pressure to openly denounce Turkey’s regional policies in the final communique. This could be attributed to certain overlapping between the two countries’ strategic preferences. Tebboune and Erdogan have both employed harsh rhetoric against France. No doubt, Erdogan’s outbursts against France’s colonial past as part of the Turkish-French rivalry for influence in Africa have not meshed fully with the prevailing sentiment in Algeria over the country’s colonial suffering. Also, Algiers remains highly sensitive to political Islam after the civil war with Islamist rebels in the 1990s.