The Iraqi Council of Ministers announced today that all appointments and decrees issued by the previous government during its caretaker period are canceled. 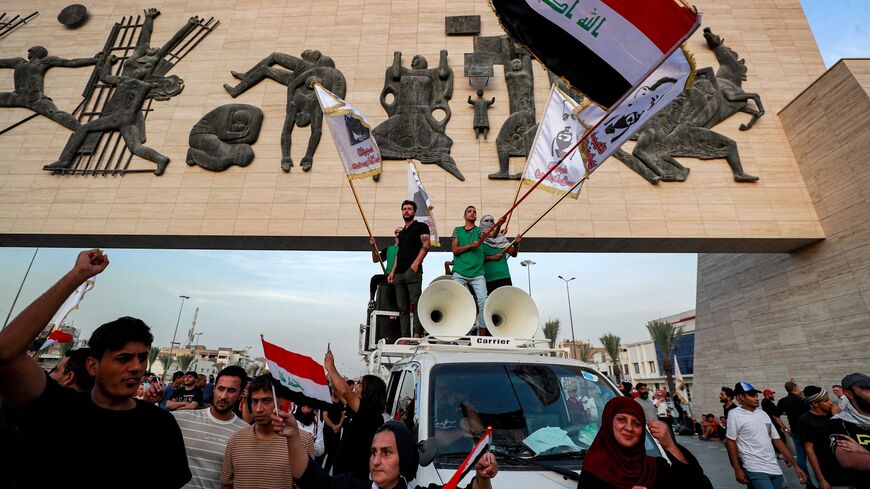 The Cabinet voted to cancel all decrees issued by the caretaker government from Oct. 8, 2021. They include the removal of the head of the Iraqi National Intelligence Service, Raid Jouhi, and of the National Security Agency, Hamid al-Shatri.

Sudani also removed Mushriq Abbas as political adviser to the prime minister. He had been appointed in 2020.

The governors of Babel, Dhi Qar, Najaf and Salahuddin were removed as well, in addition to Gen. Hamid al-Zuhiri as commander of the force in charge of the Green Zone's security. Mayor of Baghdad Ammar Asadi, who was appointed during the caretaker period, has been removed as well.

Unconfirmed reports indicate that for the intelligence service, Sudani is planning to appoint Hamid al-Shatri, a well-known security figure with close ties with the Popular Mobilization Units and the militias affiliated with them.

The Joint Operation Command will go to Maj. Gen. Qais al-Muhammadawi, who was part of Abu Mahdi al-Muhandis' inner circle, according to the reports. Muhandis was killed with Iranian commander Qasem Solimani in a US drone attack on Jan. 3, 2020.

As the head of his media office, Sudani appointed Rabi Nader, co-founder of Kataib Hezbollah’s Aletejah TV and the former news head of Al-Ahd TV, affiliated with Asaib Ahl al-Haq.

It is not known yet whether the cancellation of decrees by the caretaker government includes strategic agreements with neighboring countries, including one connecting Iraq's electricity grid with Jordan signed last month and another connecting to Saudi Arabia's grid signed last June.

In today's session, the Council of Ministers also voted to form a committee to study appointments issued after October 2021, to determine whether to reappoint them if they meet the requirements of the new government.

These fundamental changes contradict Sudani's previous guidance to his ministers to not take vengeful decisions by removing officials from previous government.