New Iraqi Prime Minister Mohammed Shia al-Sudani removed Raid Jouhi from the head of the Iraqi Intelligence Service, deciding to head the organization himself until a new head is selected. 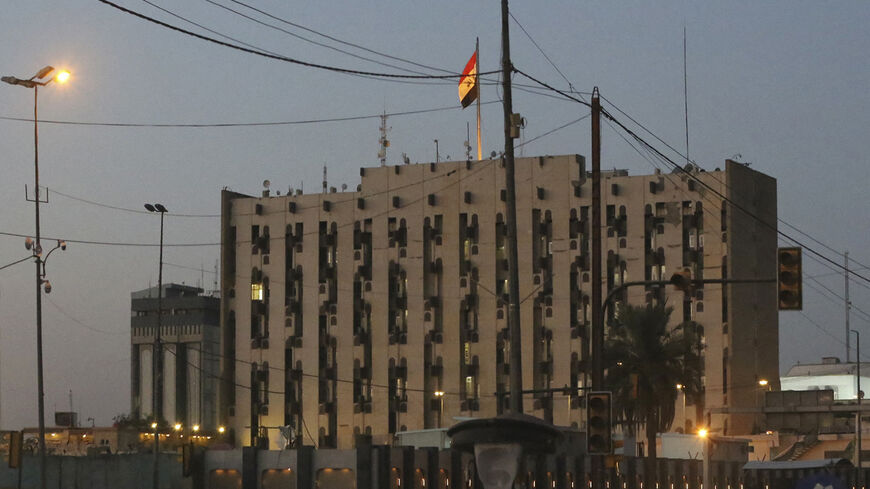 Iraq’s Prime Minister and Commander-in-Chief of the Armed Forces Mohammed Shia al-Sudani visited the headquarters of the Intelligence Service on Nov. 6, one day after it was announced that he will be the one managing this service temporarily instead of Raed Jouhi, whom former Prime Minister Mustafa al-Kadhimi appointed on July 27.

Sudani’s government justified Jouhi’s dismissal by saying that it is part of the instructions to cancel all decisions made by the previous caretaker government.

While reports described what happened as "political exclusion" with legal cover, Sudani replied to these claims on Nov. 1, saying that “this measure is not part of a policy to exclude political parties or settle scores but rather to implement the Federal Court’s decision.”

Political and sectarian parties race to obtain leadership of the Intelligence Service every time a new Cabinet is formed.

Commenting on the developments related to the Intelligence Service on Nov. 5, parliament member Yahya al-Ithawi said it is “part of the Sunni quota and it was put forward in the negotiating paper with the Coordination Framework that chose Sudani as prime minister.”

However, Sudani’s media office spoke to Al-Monitor about the appointments in government positions. “Sudani’s strategy when it comes to security services involves the appointment of security experts, and there is no room for political calculations. These positions involve an important and sensitive file, which is the security one."

The office added, “This requires entrusting someone who has the experience and who has the know-how, knowledge and capability to manage them.”

Abu Ragheef said, “Having Sudani himself manage the Intelligence Service means that the differences were postponed to a later stage.”

He added, “The access of parties linked to the PMU (Popular Mobilization Units) or others to the leadership of this service is not an easy thing. The person concerned must have the characteristics that would allow him to obtain the approval of the prime minister, of the heads of blocs and of external parties — especially Washington.”

The Intelligence Service arrested on Feb. 25, 2021, the Islamic State (IS) leader known as the Baghdad Tiger.

Speaking to Al-Monitor, Ahmed al-Sharifi, a military analyst and former member of the United Iraqi Alliance, said the anti-terrorism and intelligence services were established with support from the United States, and thus Washington closely follows the selection of their heads.

Sharifi said it's necessary for the new premier to choose "competent and professional figures" for these roles, particularly since Washington has been closely scrutinizing Iraq's intelligence apparatus since the IS invasion of Iraq.

Mohanad al-Janabi, a professor of political science at Cihan University in Erbil, tweeted, “The Intelligence Service is not subject to the quota system. Constitution Article 9 requires that the government places this apparatus under civilian control. Article 84 states that the Intelligence Service is linked to the Council of Ministers and subject to the oversight of the legislative authority.”

Haidar Salman, an expert on Iraqi affairs at the National Center for Dialogue, told Al-Monitor, “The intelligence service is suffering from administrative changes, which resulted in leaked sensitive security information,” calling on Sudani to “run this service himself until appointing the right person.”

The political struggle between the parties and factions over the leadership of this apparatus is clear, as well as the sectarian rivalry between the Sunnis and Shiites. Sudani needs to keep this service away from that struggle.