Tunisia also had a decent start with a tie against Denmark, while Morocco is the most likely of the teams from the region to advance far in Doha. 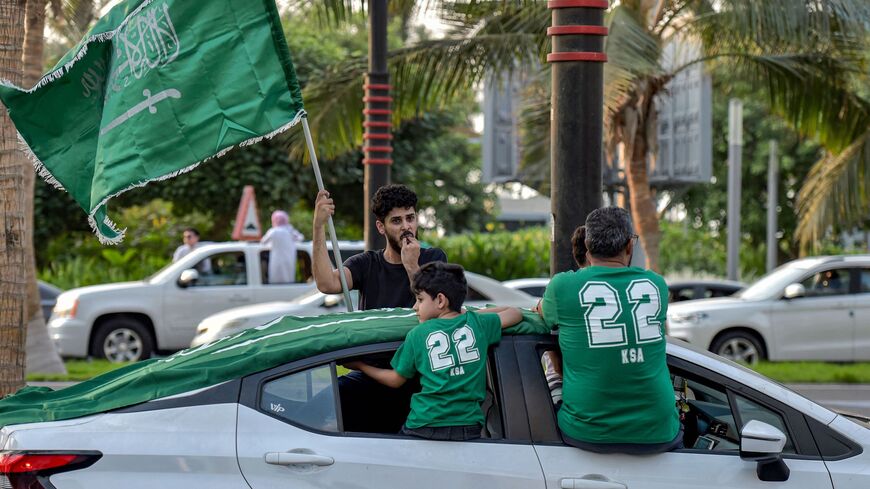 A Saudi football fan waves his country's flag from the window of a car in Riyadh while celebrating after the Qatar 2022 World Cup Group C football match between Argentina and Saudi Arabia on Nov. 22, 2022. - AMER HILABI/AFP via Getty Images

Saudi Arabia defeated Argentina 2-1 at the World Cup in Doha today. Saudi King Salman bin Abdulaziz declared a national holiday for all private and public sector employees and students to commemorate the victory.

The win was a major upset, as Argentina — led by superstar Lionel Messi — was among the favorites to win the World Cup, while Saudi Arabia is not considered a contender, according to sports handicappers.

The New York Times referred to the Saudi victory as "one of the biggest upsets in World Cup history." Other sports commentators trolled Argentina on social media for the loss.

Why it matters: Saudi Arabia is now in a good position to advance out of the Group Stage. Argentina was the favorite in Group C at the start of the tournament. Saudi Arabia will next face off against Poland on Nov. 26 and Mexico Nov. 30. The top two performing teams from each group advance to the Round of 16.

Saudi Arabia has qualified for the World Cup six times. Its best result was in 1994, when it reached the Round of 16.

Know more: Five teams from the Middle East and North Africa are competing in the World Cup including Saudi Arabia, Iran, Morocco, Tunisia and host Qatar.

Among the teams, Morocco is perhaps the most likely to do some damage. Many of the teams’ players play for top European clubs, such as the Spanish-born Achraf Hakimi, who plays for Paris-Saint Germain.

Tunisia also had a decent performance today after its match against Denmark ended in a 0-0 tie. Denmark was favored to defeat Tunisia.

Iran was clobbered 6-2 by England yesterday in a match that was overshadowed by protests against the Iranian government in the stadium.