Oil prices dropped after news broke of a potential production increase but have since rebounded. 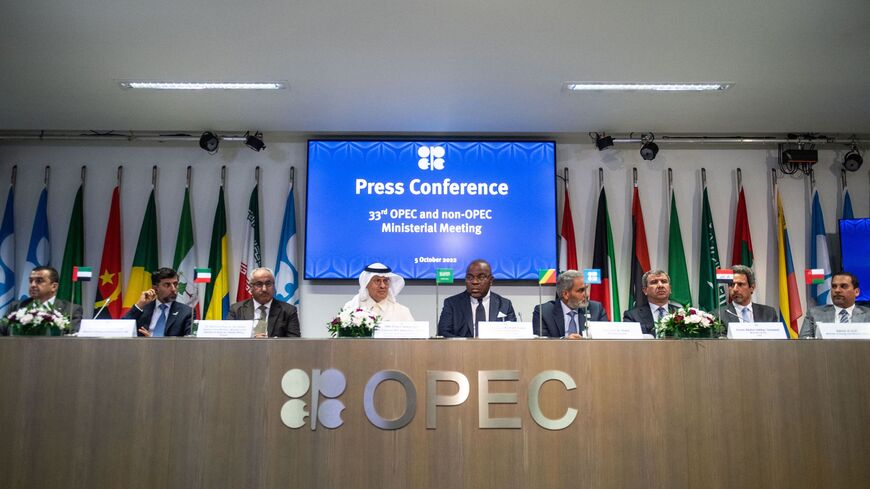 Kuwait and Saudi Arabia have denied supporting an oil production increase among the Organization of the Petroleum Exporting Countries (OPEC).

What happened: The Wall Street Journal reported yesterday that OPEC, Russia and other oil producers — known collectively as OPEC+ — are considering endorsing an oil production increase of 500,000 barrels per day. Saudi Arabia is the biggest producer in OPEC and many other Middle Eastern states are members, including Kuwait. The idea is being discussed ahead of the upcoming OPEC+ meeting on Dec. 4, according to the report.

However, Saudi Energy Minister Prince Abdulaziz bin Salman quickly denied the news, saying, “It is well known, and no secret, that OPEC+ does not discuss any decisions ahead of its meetings.”

Why it matters: The OPEC+ decision last month to cut oil production by two million barrels per day severely damaged Saudi-US relations. Saudi Arabia accused the Biden administration of asking the kingdom to wait until after the US midterm elections to cut production. For its part, the White House said it would “revaluate” relations with Saudi Arabia after the move.

President Joe Biden wants OPEC+ to pump more oil as he works to bring down fuel prices in the United States. A production cut at the Dec. 4 meeting would conceivably help mend US-Saudi ties.

Know more: The price of Brent crude oil — the global benchmark for oil prices — fell yesterday from around $87 a barrel to below $83 following the Wall Street Journal report. However, the price has since recovered and was above $89 a barrel as of 9:00 a.m. ET today.