Al-Monitor interviewed Abdurrahman Bapir, who heads Iraq’s first cryptocurrency exchange, on the appeal of cryptocurrency in Iraq and the Kurdistan Region and how the crypto crash has affected the domestic market. 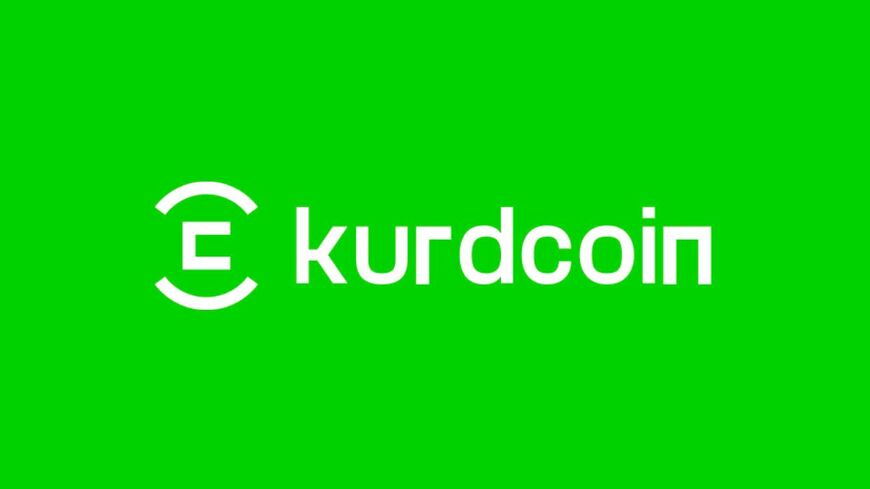 The logo of KurdCoin, Iraq's first cryptocurrency exchange, is seen in this undated image. - KurdCoin

Cryptocurrency is becoming more popular in Iraq, where the lack of a robust financial system is driving people to use it, the head of the country’s first cryptocurrency exchange told Al-Monitor.

“We don’t have a trading or financial system,” said CEO and founder of Kurdcoin Abdurrahman Bapir. “Crypto has become an alternative to what has failed them.”

Al-Monitor interviewed Bapir about all things cryptocurrency in Iraq and the Kurdistan Region, including challenges, demographics, societal views and the effects of the crypto crash.

Kurdcoin started operation in 2017 in Erbil, the capital of the autonomous Kurdistan Region in northern Iraq. Most clients are from the Kurdistan Region, though there are others from Mosul, Najaf and elsewhere in Iraq. The overwhelming majority of Kurdcoin users are male and most of them are businesspeople, programmers and young people interested in technology.

Bapir added that some foreign workers in the Kurdistan Region also use cryptocurrency to send remittances back home. Unlike wire services like Western Union, crypto does not involve amount limits on transactions. The American payment platform PayPal is also notably unavailable in Iraq.

More Iraqis are turning to cryptocurrency due to a lack of financial opportunities in the country.

Because bank accounts are uncommon in Iraq — 90% of Iraqis don’t have one, said Bapir — Kurdcoin allows customers to use cash to buy and sell virtual coins via partner offices throughout the country. Some cryptocurrency exchanges that function in Iraq, such as the Seychelles-based OKX, allow users to make transactions via payment cards that do not require a bank account. ZainCash is one such program.

Some Iraqi programmers and app developers also get paid in crypto due to the lack of a banking or PayPal option, Bapir said.

Cryptocurrency faces many challenges in Iraq and the Kurdistan Region, chiefly a lack of government regulation. “The lack of regulation is the number-one challenge to crypto in Iraq,” he explained, adding, “It creates room for people who are not sincere, scamming people.”

Crypto scams are a problem throughout the world. For example, someone may ask for money to be sent in the form of cryptocurrency in exchange for a promised huge return on the investment. In reality, the receiver will pocket the money.

“It’s like the Wild West without oversight,” said Bapir. “We need a framework so we and the users know our rights and obligations, to hold people accountable.”

Authorities in Iraq and the Kurdistan Region are not supportive of crypto at present. The Iraqi Central Bank actually prohibited crypto’s use back in 2017, though the bank has limited ability to enforce the ban. In 2018, the Kurdistan Regional Government’s Supreme Fatwa Board ruled against the use of the cryptocurrency OneCoin.

Iraq stands in contrast to some other countries in the Middle East, particularly the United Arab Emirates and Bahrain. Both countries issued regulations on virtual assets this year, and they have helped increase the number of crypto platforms operating in the Gulf.

Bapir added that laws must “protect the retail client” and establish how much can be invested and the requirements to invest in cryptocurrency. Fraud is the biggest risk associated with cryptocurrency in Iraq, not terrorism or money laundering, according to him.

Much of Kurdcoin’s social media activity focuses on protecting people from fraud, going over common crypto scams in a Kurdish-language video posted Oct. 19.

Cryptocurrency is in the midst of a major crash. One Bitcoin was worth roughly $65,000 at this point last year, but is now trading below $18,000. Ethereum’s value has also dropped by thousands of dollars in 2022, and the cryptocurrency exchange FTX is on the brink of collapse.

“The crypto crash affected all businesses, including us. There was a drop in volume in transactions,” said Bapir on the crash’s effects in Iraq. “Some users got demotivated; some who invested at the peak lost money.”

“I believe in crypto’s potential to improve the quality of life here and the world,” he said. “I hope our government and the central bank approach crypto with an open mind and see it as a door to the future, not a threat.”