Toomaj Salehi was active on social media regarding the protests in Iran that began in the wake of Mahsa Amini’s death in the custody of the morality police on Sept. 16. 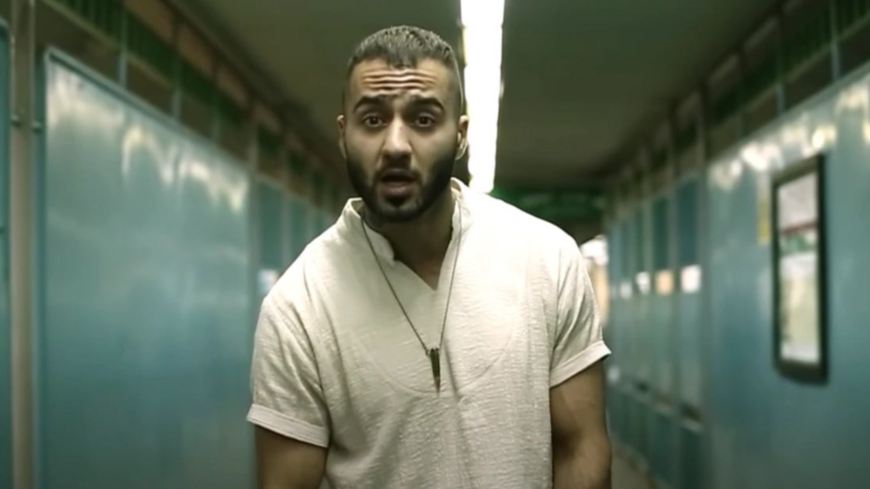 A correspondent in Tehran
November 5, 2022

TEHRAN — Iranian security forces have arrested popular singer and social activist Toomaj Salehi in the western province of Chaharmahal and Bakhtiari. The dissident rapper, who is commonly known by his first name, was reportedly taken along with a group of friends from the village of Gerd Bisheh to an unknown location.

Toomaj had used his popular media platforms to speak against Iranian authorities and support the nationwide protests in the weeks after the death of 22-year-old Kurdish-Iranian Mahsa Amini.

The Iranian Student News Network first broke the arrest story on its Telegram channel earlier this week, with a picture that appeared to be a blindfolded Toomaj. The news agency, which is associated with the hard-line Basij militia at universities, described him as “one of the leaders of riots who promoted violence on social media.” It added that the singer was captured while trying to illegally flee Iran. That claim was refuted by Toomaj’s official Twitter account and his uncle, Eghbal Eghbali.

In a letter published on Instagram, Eghbali revealed that Toomaj is being subjected to “the cruelest methods of torture.” He called on the Iranian people and the international community to save the life of Toomaj. Thousands of fans reshared the plea on Instagram and Twitter, and a gathering was organized in front of the German Ministry of Foreign Affairs in Berlin on Nov. 1.

Iranian news agency ISNA quoted the Esfahan prosecutor-general as saying that Toomaj faces charges of “propaganda against the state,” “cooperation with hostile governments” and “creating an illegal group to disrupt national security.” Former Iranian diplomat Mohammad Mousavian also accused him of playing a “key role” in encouraging the protests in the city of Shahinshahr and the province of Esfahan, according to the ISNA report.

The Young Journalists Club of the Iranian state TV posted a short video on its Telegram channel that purports to show Toomaj minutes after arrest. It was quickly shared by other state-affiliated media in Iran. While kneeling, the blindfolded man introduces himself as Toomaj Salehi and says, with a shaking voice, that he made a mistake.

The short broken sentences were largely interpreted as confession under pressure. Prominent Iranian rights activist and former political prisoner Atena Daemi lashed out at “extracting confession with traces of blood and pain” on her official Twitter account. She remarked that the move increased Toomaj’s popularity and made authorities “more abominable.” Iranian-Canadian social activist Hamed Esmaeilion wrote that Toomaj’s voice won’t be silenced by detention and torture.

The 15-second clip also led to speculations on Twitter that the person in it may not be Toomaj at all. Some argued that the rapper had a tattoo under his neck, that could not be spotted in the video. Others concluded the video was manipulated and parts of footage were removed. Renowned Iranian rap singer Soroush Lashkari, who is known professionally as Hichkas, said the video should not be reshared, as is it is an attempt by the regime to create fear and insecurity.

Toomaj is known for his politically charged songs, often shot in unnamed and far-off locations in different Iranian provinces. He is an underground artist, according to the definition of the term in Iran, which broadly refers to artists dealing with topics banned by the government. Toomaj’s lyrics openly criticize the Islamic Republic’s politics, state corruption, repression and rights violations. In one of his most well-known works titled “Rat Hole” (2021) he urges regime agents, lobbyists and apologists to find a place to hide. Toomaj is often remembered by a refrain from this song that says “buy a rat hole.”

The 33-year-old rapper was first arrested in September 2021 soon after the release of the song. Following a social media outcry, he was released on bail a week later, pending a trial. In January 2022, the Islamic Revolutionary Court of Shahinshahr sentenced Toomaj to a six-month suspended jail term and a fine.

He was reportedly on the run since the onset of the latest round of anti-government protests in Iran, while posting videos in support of the rallies and personally taking to the streets on some ocassions. “I don’t fear for my own life or safety, but I’m worried that my arrest would dampen the spirit of young protesters,” Toomaj said to CBC News, in a video sent from his last hiding place, aired one day before his arrest.

Fans and supporters of Toomaj had planned solidarity rallies in several European cities on Nov. 5, following an initiative launched by his uncle to put pressure on Iranian authorities to release the popular musician.