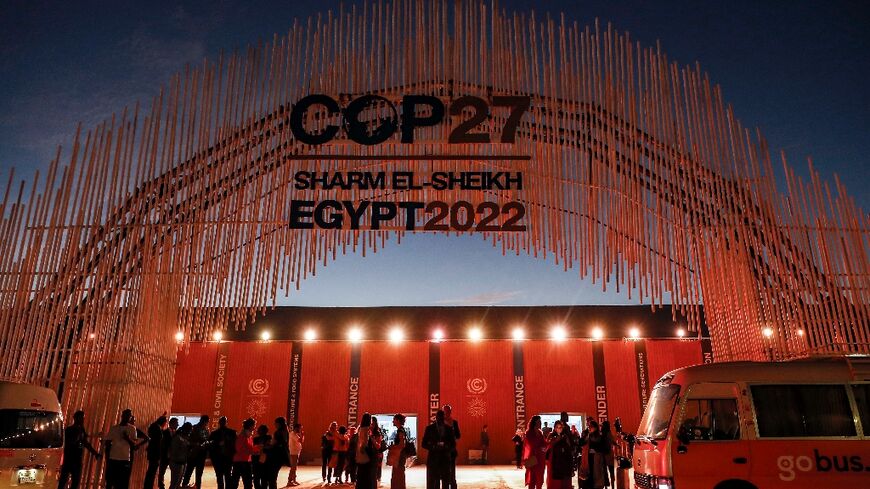 A new report is among the first to map out investment needed to cope with climate change impacts - MOHAMMED ABED
by Marlowe HOOD
November 8, 2022 — Sharm el Sheikh (Egypt) (AFP)

Developing and emerging countries -- excluding China -- need investments well beyond $2 trillion annually by 2030 if the world is to stop the global warming juggernaut and cope with its impacts, according to a UN-backed report released Tuesday.

A trillion dollars should come from rich countries, investors and multilateral development banks, said the analysis commissioned by Britain and Egypt, hosts respectively of the 2021 UN climate summit in Glasgow and this week's COP27 event in Sharm el-Sheikh.

The rest of the money -- about $1.4 trillion -- must originate domestically from private and public sources, said the report.

Current investments in emerging and developing economies other than China stand at about $500 billion.

The new 100-page analysis, Finance for Climate Action, is presented as an investment blueprint for greening the global economy quickly enough to meet Paris climate treaty goals of capping the rise in global temperatures below two degrees Celsius, and at 1.5C if possible.

Warming beyond that threshold, scientists warn, could push Earth toward an unlivable hothouse state.

"Rich countries should recognise that it is in their vital self-interest -- as well as a matter of justice given the severe impacts caused by their high levels of current and past emissions -- to invest in climate action in emerging market and developing countries," said one of the report's leads, economist Nicholas Stern, who also authored a landmark report on the economics of climate change.

The report is among the first to map out the investment needed across the three broad areas covered in UN climate talks: reduction of the greenhouse gas emissions that drive warming (mitigation), adapting to future climate impacts (adaptation), and compensating poor and vulnerable nations for unavoidable damages already incurred, known as "loss and damage".

It calls for grants and low-interest loans from the governments of developed countries to double from about $30 billion annually today to $60 billion by 2025.

"These sources of finance are critical for emerging markets and developing countries to support action on restoring land and nature, and for protecting against and responding to the loss and damage due to climate change impacts," the authors said.

Historically seen as part of this group, China was excluded from the new estimates, presumably because of its unique and hybrid status. 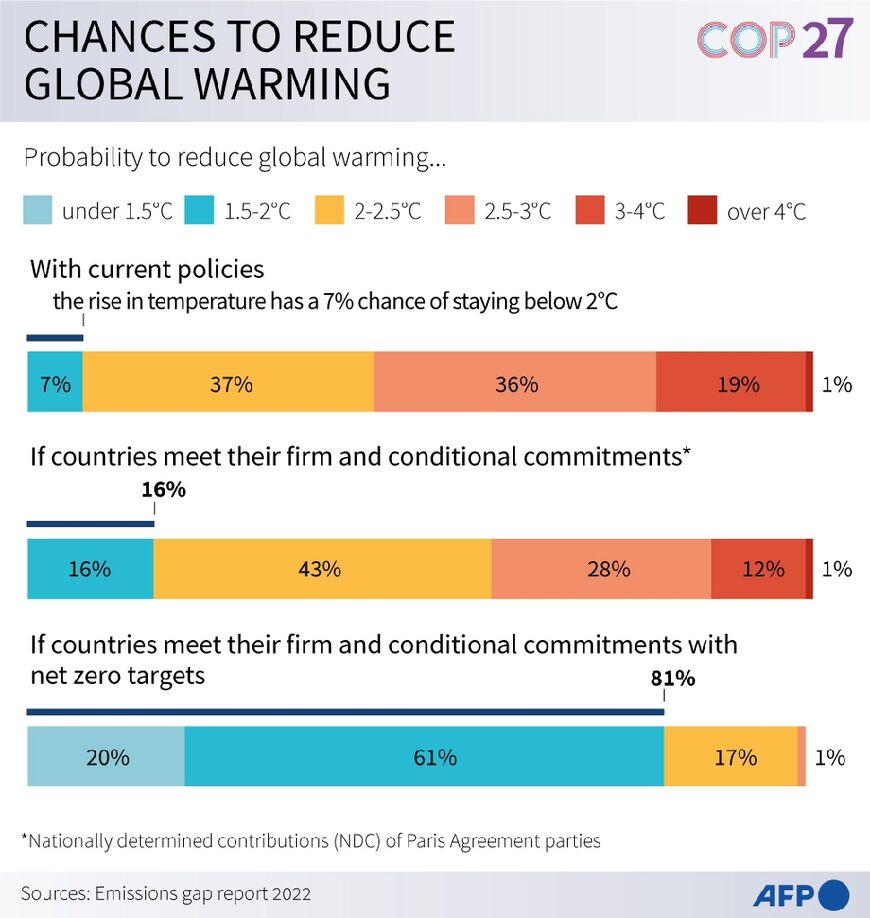 Its economy -- the second largest in the world -- is in many respects advanced, and Beijing has positioned itself as a major international investor in its own right, through its Belt and Road Initiative and the promotion of "South-South" investment across the developing world.

In the context of climate change, developing nations include the world's poorest economies, many of them in Africa, and those most vulnerable to climate hazards, such as small island states facing existential threats from sea-level rise and ever-more powerful cyclones.

"Most of the growth in energy infrastructure and consumption projected to occur over the next decade will be in emerging market and developing countries," said Stern.

"If they lock in dependence on fossil fuels and emissions, the world will not be able to avoid dangerous climate change, damaging and destroying billions of lives and livelihoods in both rich and poor countries."