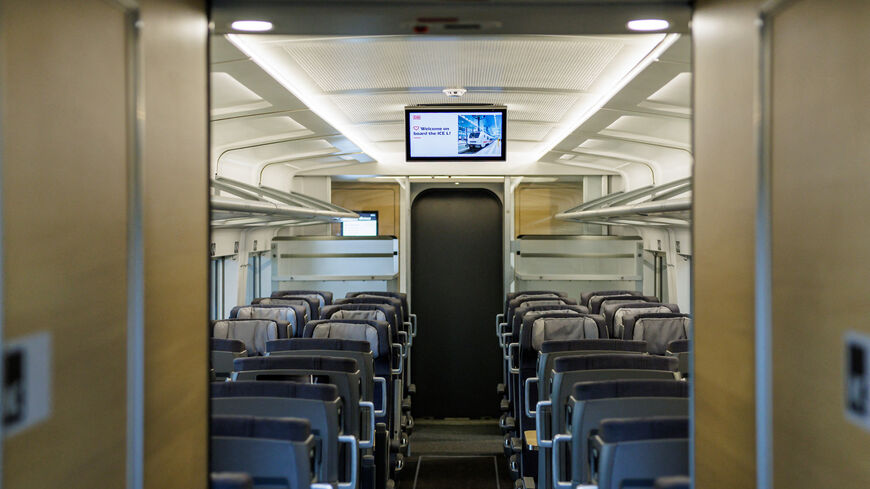 An inside view of Deutsche Bahn's new ICE L train is seen during a press event in Berlin on Sept. 14, 2022. - JENS SCHLUETER/AFP via Getty Images

Deutsche Bahn will build a 2,000-kilometer (1,200-mile) railway network in Egypt. The first line will connect Cairo and Alexandria with the new administrative capital that is currently being planned. Two additional lines will connect Luxor along the Nile River, the Abu Simbel historic sites and the Red Sea port of Hurghada. The project will ultimately provide 90% of Egyptians with rail access, Deutsche Bahn said in a press release.

The German company Siemens will build the railway infrastructure and also supply the passenger and freight trains, according to the release. Siemens first agreed to help Egypt with a high-speed railway last ear.

Why it matters: Egypt’s current railroad transportation system has major safety issues despite the government's efforts to modernize it. Train accidents are common as a result of Egypt’s railway being the second-oldest in the world, negligence and a variety of other factors.

Germany’s rail system has a good reputation for safety and speed.

Know more: Other countries in the region are also working on railway projects. The United Arab Emirates unveiled its first railway over water in July. The UAE and Oman also signed a cooperation deal on building a high-speed rail in September. Saudi Arabia, Morocco and Jordan also have railway projects in the works.

What’s next: Deutsche Bahn said the railways connecting Cairo and Alexandria could start operating by 2025.