COP27 kicks off in Egypt

Green hydrogen will be just one of many focal points at the annual UN conference on climate change. 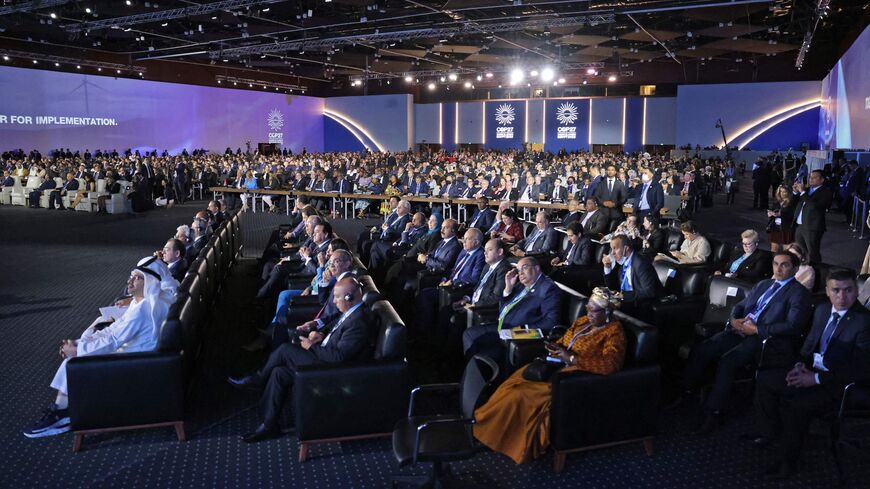 Today marked the start of the climate implementation summit of the conference. Day one will feature round tables on food security and climate financing. The second and final day of the summit will include discussions on water security, communities that are particularly vulnerable to climate change and investment in green hydrogen.

Several world leaders warned attendees about the dangers of climate change at COP27 today. United Arab Emirates President Mohammed bin Zayed al-Nahyan, however, said the UAE will continue to supply the world with oil and gas as long as necessary.

Why it matters: The focus on green hydrogen is not surprising. Green hydrogen is an energy source created by separating hydrogen from oxygen in water in a process powered by renewable energy.

Egypt plans to announce a new green hydrogen strategy at COP27, and the sector is already taking off in the country. In August, the Saudi company Alfanar signed a deal to build a green hydrogen plant near the Suez Canal. A month later, Egyptian President Abdel Fattah al-Sisi met with an Australian green energy firm to discuss building a large green hydrogen facility in Egypt.

On the finance round table, the current levels of financing for climate-related projects are insufficient to meet the goals of the Paris Agreement. Climate finance flows surpassed $850 billion in 2018, but need to increase another 200-400% to meet the target of $1.6-$3.7 trillion per year. This amount is “necessary to transition to a net-zero-emission and resilient economy by 2050,” according to the UN.

International Monetary Fund managing director Kristalina Georgieva told Reuters at COP27 that carbon will need to get considerably more expensive before businesses and consumers are inclined to shift to renewable energy.

Food security is also a growing issue in the Middle East, particularly due to increasing desertification.

Know more: Egypt is seeking to improve its image and environmental record by hosting COP27 and will also present a sustainable fashion project at the conference. The fashion industry is notorious for its harmful impact on the environment.

Many Democrats on Capitol Hill have been lobbying US President Joe Biden to press Egypt on its poor human rights record during the conference.

Editor's note: This was article updated to include developments from COP27 and to clarify the conference's dates.