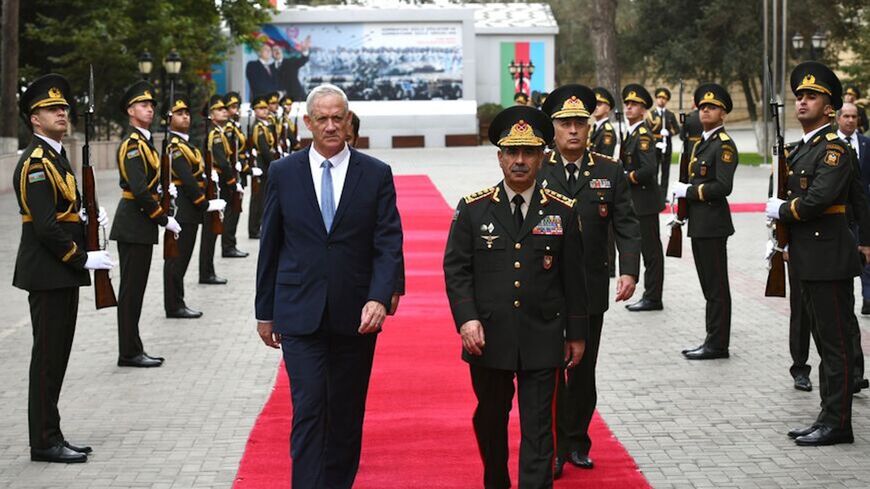 TEL AVIV, Israel — Incoming Prime Minister Benjamin Netanyahu is currently struggling with coalition talks. Among other things, it is still unclear who will lead Israel’s diplomacy in the coming years and what the guidelines are for Israel’s new foreign policy. Thus, with public attention focused on these talks, the decision by Azerbaijan’s parliament last Friday to open an embassy in Israel received little media coverage.

Israel and Azerbaijan have entertained diplomatic relations for three decades. Israel has an embassy in Baku, but Azerbaijan has no embassy in Israel. The decision to open one is clearly a major diplomatic achievement for outgoing Prime Minister Yair Lapid.

Lapid was quick to welcome this new development, saying that “it reflects the deep relationship between the two countries. This move is the result of the Israeli government’s efforts to build strong diplomatic bridges with the Muslim world.”

This was echoed by Defense Minister Benny Gantz, who tweeted on Nov. 20 that he spoke with his Azerbaijani counterpart, Zakir Hasanov, thanking him personally for this important decision and for his efforts to advance the two countries’ partnership over the last few years.

Lapid and Gantz have good reason to be proud of this development. It would probably improve Israel’s standing in the region and contribute to regional stability. Though Azerbaijan’s decision is, to a large degree, the direct continuation of the Abraham Accords signed by Netanyahu when he was prime minister, credit for it should go to the leaders of the current government. They tightened relations with the other states in the region, rehabilitated Israel’s relationship with Jordan and Turkey, and strengthened the alliance with Egypt. In short, they moved forward with the Abraham Accords.

This is certainly true in the case of Azerbaijan, which has close relations with Israel based on a shared fear of Iran’s intentions. Azerbaijan shares a border with Iran and it is a Shiite state. But the variant of Shia Islam practiced in Azerbaijan is much more moderate than the radical Shi'ism of Iran.

As a result, Jerusalem and Baku maintain closer security ties. According to foreign news reports, the Mossad has an active presence in Azerbaijan. In fact, the team that stole Iran’s nuclear archive in Tehran reportedly escaped across the Azerbaijani border.

And there is more. Security and trade agreements between Israel and Azerbaijan have expanded considerably in the last few years, so Azerbaijan is now Israel’s largest provider of energy, while Israel is one of Azerbaijan’s biggest arms suppliers.

The fact that Azerbaijan made this decision knowing that a right-wing, ultra-Orthodox government will soon take power in Israel is evidence of how confident it feels about its relationship with Israel and with Prime Minister-elect Netanyahu, who visited Baku in 2016. Netanyahu has announced that he plans to expand the Abraham Accords and bring Saudi Arabia into the circle of peace. Clearly, Netanyahu again as prime minister intends to reclaim the Abraham Accords, reminding the world who brought them about in the first place.