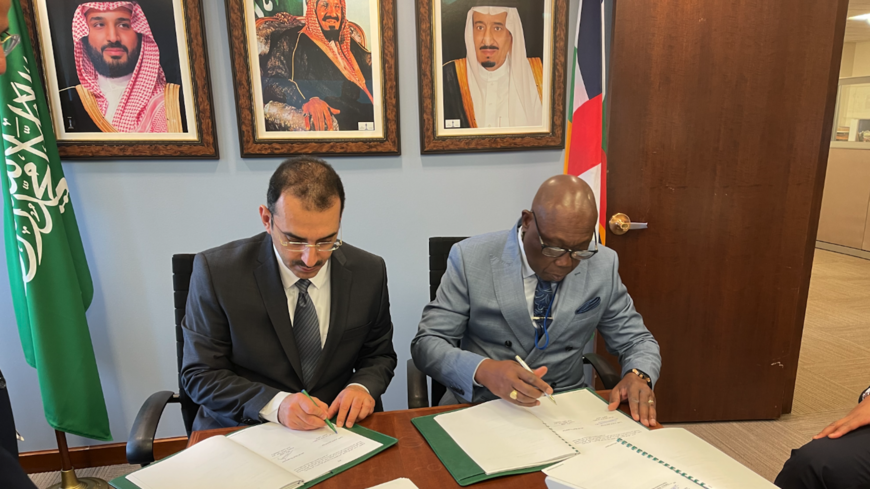 The Saudi Fund for Development signed an agreement yesterday to finance a public lighting project utilizing solar power in the Central African Republic. The lights will be used on roads in the country’s capital city Bangui, the official Saudi Press Agency reported.

“The discussions would focus on export market opportunities for South African produce and on South Africa as an investment destination,” according to a statement from the South African government.

Why it matters: Saudi Arabia has been pursuing better relations with several countries in sub-Saharan Africa recently. Last week, Saudi Minister of Industry Bandar bin Ibrahim Al-Khorayef gave an interview to the South African TV station SABC News in which he expressed a desire to increase Saudi investment in the country.

Saudi Arabia is seeking better relations with other African countries as well. In September, Saudi Arabia’s ACWA Power agreed to build a water desalination plant in Senegal. In June, a Saudi royal adviser met with representatives of the Common Market for Eastern and Southern Africa to discuss boosting cooperation.

Africa has taken on significant geopolitical importance this century, particularly with regards to China. The People’s Republic is the continent’s biggest trading partner, for example, and this had won Beijing significant political political support there.

Iran is also seeking to grow its influence in Africa, in part to counter Saudi Arabia, according to a report from the DC-based Middle East Institute last year.