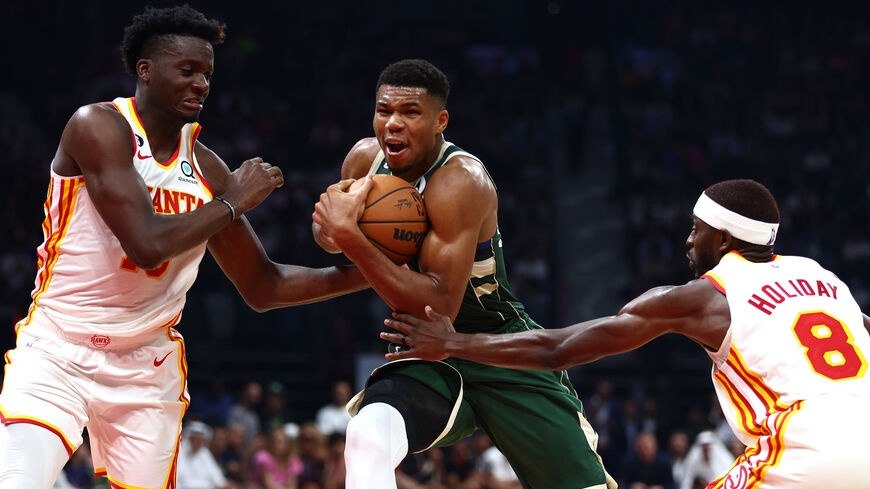 The world’s premier basketball league is playing in the United Arab Emirates for the first time.

Abu Dhabi’s Yas Island hosted a preseason matchup between the Milwaukee Bucks and Atlanta Hawks on Oct. 6. The Hawks won 123-113 and the two teams will face off again on Oct. 8.

Both teams play in the National Basketball Association, which includes teams from the United States as well as one from Canada.

NBA players tend to not play much in the preseason, but Bucks star Giannis Antetokounmpo played 21 out 48 minutes in the first game. Antetokounmpo, who grew up in Greece in a Nigerian family, is perhaps the biggest non-American star in the game.

Why it matters: The NBA is seeking to grow the game internationally, including in the Middle East. NBA commissioner Adam Silver came to Abu Dhabi for the game. Around 25 NBA players have come from the Middle East and North Africa, the league said a press release.

Turkey, Israel and Iran have produced NBA players, for example.

The NBA game is part of Abu Dhabi’s quest to become a hub for international sporting events. During the COVID-19 pandemic in 2020, Yas Island stepped up to host mixed martial arts (MMA) events for the Ultimate Fighting Championship.

Yas is now a center of sorts for the sport. Later this month, the island will host Russian MMA star Islam Makhachev and Brazil’s Charles Oliveira for the world lightweight championship.

Know more: The UAE has also been in sports headlines with regard to golf recently. This week, the Saudi-funded LIV Golf league announced a partnership with Dubai’s MENA Tour.