As protests flare across Iran over the death of young Iranian Kurdish woman Mahsa Amini, the Kurdistan region of neighbouring Iraq has paid a price, coming under bombardment from the Islamic republic's forces.

Their target is the long-exiled Iranian Kurdish opposition, installed in Iraq under Saddam Hussein during his war with Iran in the 1980s.

Tehran regards these armed factions as "terrorists" and accuses them of attacking its territory.

A general in Iran has charged that the Kurdish opposition groups have been inciting the Mahsa Amini protests in Iranian Kurdistan, in the face of a lethal crackdown by the security forces.

According to Adel Bakawan, director of the French Centre for Research on Iraq (CFRI), Iran needed to "find an enemy" to blame for stoking the nationwide protests.

"The weakest link that could be targeted without provoking consequences was the Iranian Kurds," he said. 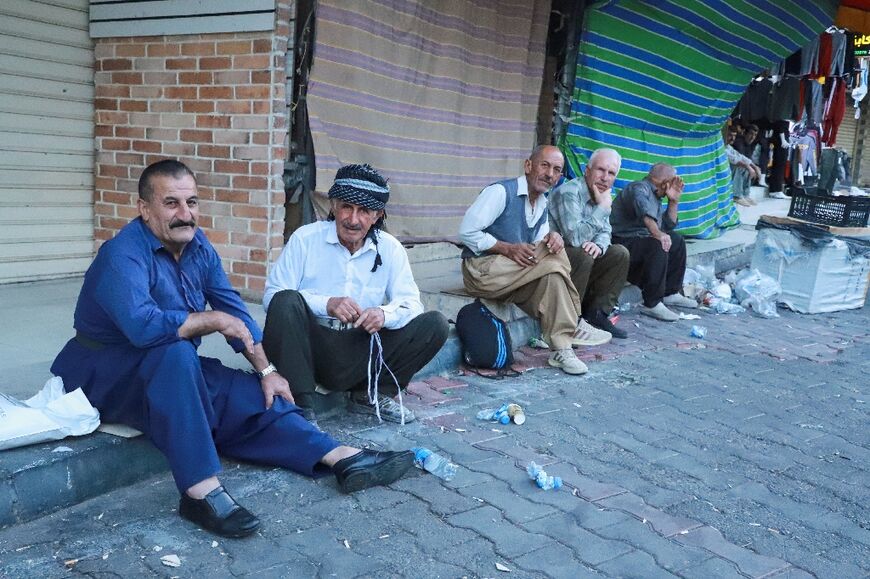 On September 28, Iran unleashed a deluge of fire on positions of Kurdish militants in northern Iraq, killing 14 people and wounding 58, including civilians. It has followed up with less bloody attacks.

However, experts say the far-left groups have practically ceased all military activity, focusing on political action instead.

Any fighters they still have could be viewed as reservists, keeping up training.

Iranian Kurdish journalist Raza Manochari said there has been an agreement since the 1990s between such groups and the government of Iraq's own Kurdistan region.

It protects their deployment, "and in exchange, they do not engage in military activities, to avoid causing problems for relations with Iran", he said.

Manochari, who has himself lived in Iraq for eight years, highlighted the ties between Kurds in the two countries: they speak the same Sorani dialect, and many have relatives on both sides of the border.

Massud Barzani, leader of Iraq's Kurdistan Democratic Party and former president of the autonomous Iraqi Kurdistan region, was born in 1946 in Iran.

He is the son of iconic Kurdish nationalist leader Mulla Mustafa Barzani, a head of the only breakaway state in Kurdish history founded in the Iranian town of Mahabad until it was crushed by Iranian troops in 1946 after a year.

Today, Iran's Kurdish minority -- about 10 million people out of a population of 83 million -- complain of marginalisation.

"In Iran, the Kurds don't have many basic cultural and political rights," said Shivan Fazil, researcher at the Stockholm International Peace Research Institute.

"The right of education in their mother tongue continues to be outlawed," he said.

Their plight is bleaker than that of Kurds elsewhere in the region, Fazil said, citing Kurds in parliament in Turkey since 2015, a de facto autonomy in northeast Syria and the regional Kurdish government in northern Iraq.

Aso Saleh, an executive committee member of the Iranian Kurdish party KDPI targeted by Tehran last month, said the party has "never used the soil or the territory of Iraq to launch any attack on Iranian forces". 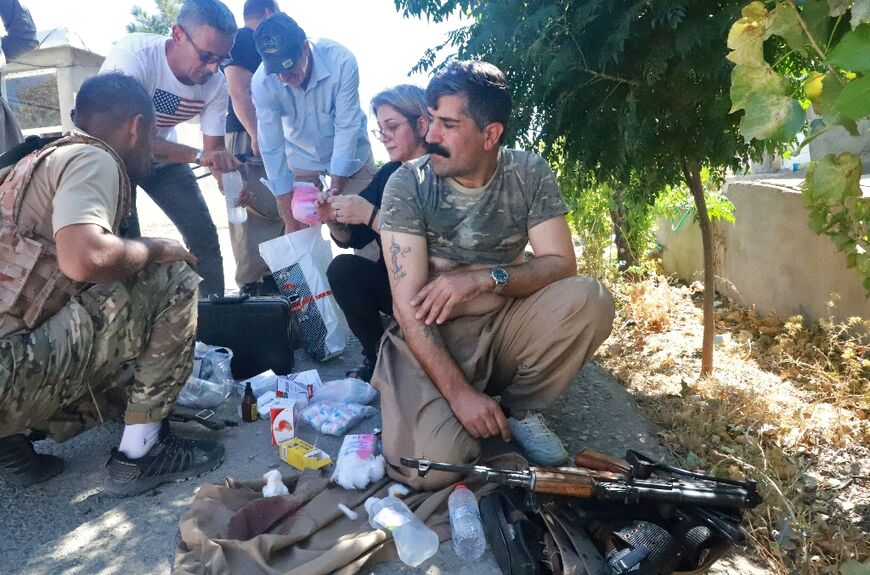 Sweden-based Saleh said the movement was "predominantly located inside Iranian Kurdistan", where its activities must remain "covert".

Only "the leadership and bureaucratic apparatus" were present in Iraq.

"This movement is trying to bring democracy and federalism to Iran," he told AFP of the party founded in Iran in 1945.

Edris Abdi of the Iraq-based Komala Iranian Kurdish nationalist group told AFP: "We do not engage in military activity."

"In terms of economic growth and unemployment, the Kurdish regions are the poorest" in Iran, he said. "The government is neglecting these regions."

Kurdish workers cross the border every day in search of temporary jobs in Iraq that are better paid than at home in sanctions-hit Iran.

Even in Iranian provinces where they are in the majority, "the Kurds have no say in local governance", Mika said.