Iran's supreme leader Ayatollah Ali Khamenei on Monday accused arch-foes the United States and Israel of fomenting the wave of nationwide unrest sparked by outrage over the death of Mahsa Amini.

"I say clearly that these riots and the insecurity were engineered by America and the occupying, false Zionist regime, as well as their paid agents, with the help of some traitorous Iranians abroad," the supreme leader said. 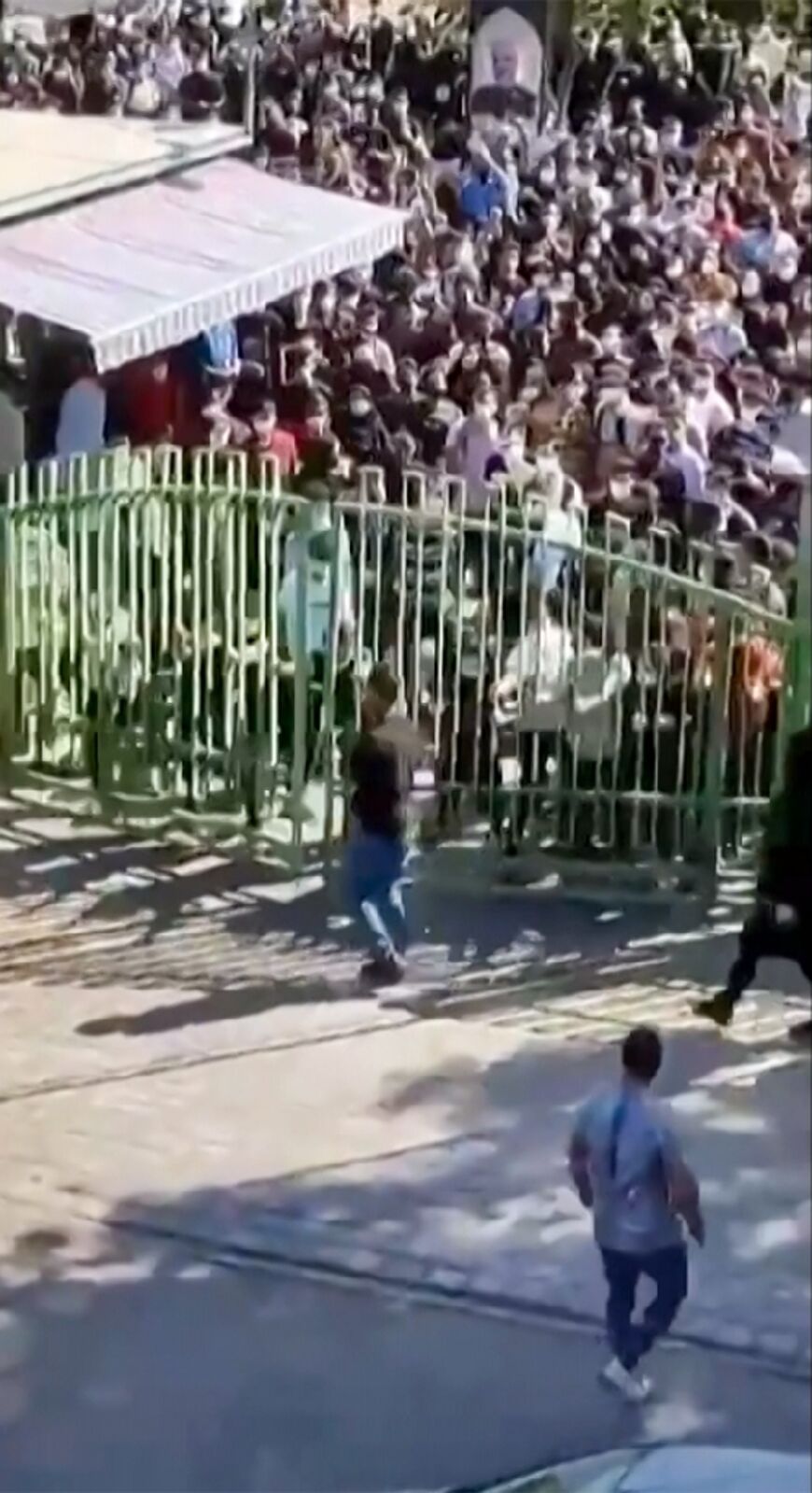 Anger over Amini's death has sparked the biggest wave of protests to rock the Islamic republic in almost three years, which saw security forces in Tehran crack down on hundreds of university students overnight.

In his first public comments since Amini's death, 83-year-old Khamenei stressed that police must "stand up to criminals" and added that "whoever attacks the police leaves the people defenceless against criminals, thugs, thieves".

"The death of the young woman broke our hearts," said Khamenei. "But what is not normal is that some people, without proof or an investigation, have made the streets dangerous, burned the Koran, removed hijabs from veiled women and set fire to mosques and cars". 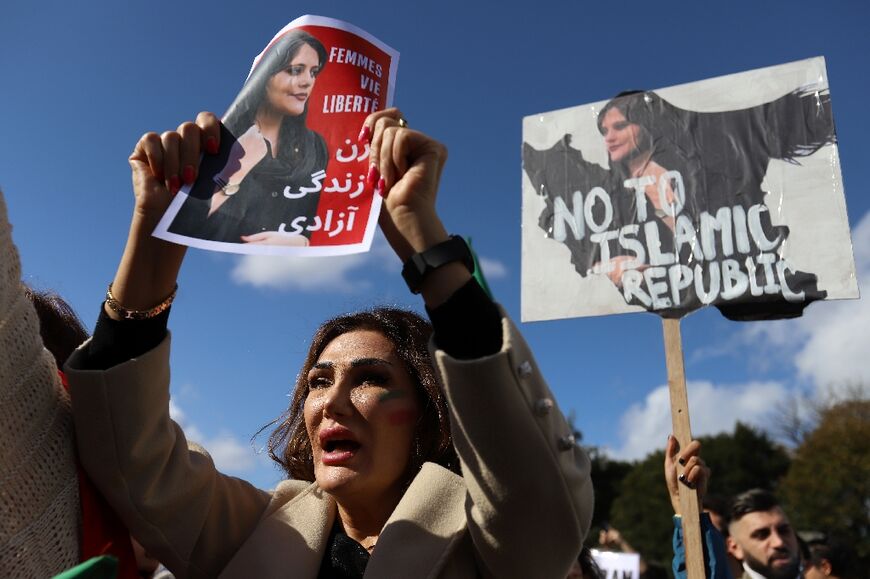 Iran's science minister, Mohammad Ali Zolfigol, came to speak to the students in a bid to calm the situation, the report said. 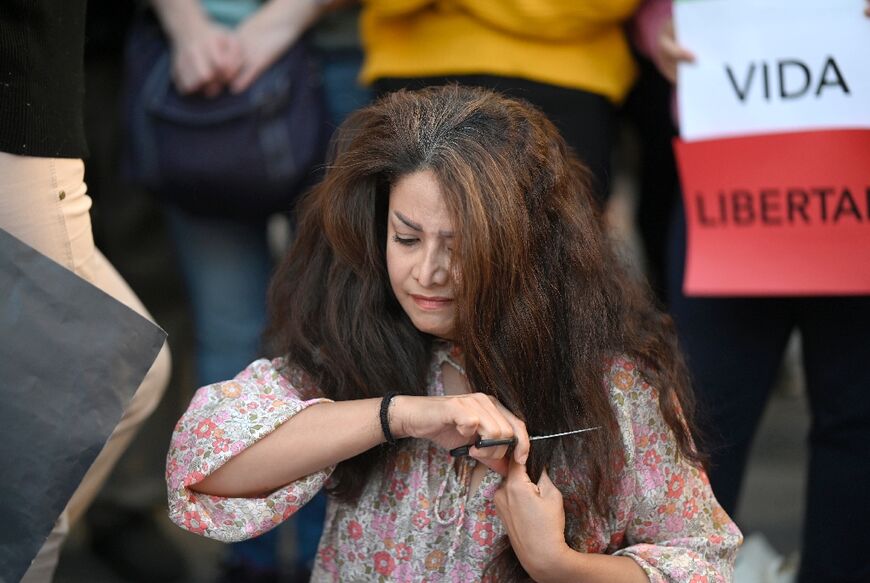 "Hard to bear what is happening at #SharifUniversity in #Iran," German Foreign Minister Annalena Baerbock tweeted. "The courage of the Iranians is incredible. And the regime's brute force is an expression of sheer fear of the power of education and freedom."

The New York-based Center for Human Rights in Iran said it was "extremely concerned by videos coming out of Sharif University and Tehran today showing violent repression of protests + detainees being hauled away with their heads completely covered in fabric".

Protests were also reported at other universities, including in the central city of Isfahan, and unconfirmed reports by a student group on Twitter said dozens had been arrested in the capital.

Mehr news agency said that Sharif University of Technology had "announced that due to recent events and the need to protect students ... all classes will be held virtually from Monday".

Iran has repeatedly accused outside forces of stoking the protests and last week said nine foreign nationals -- including from France, Germany, Italy, the Netherlands and Poland -- had been arrested. 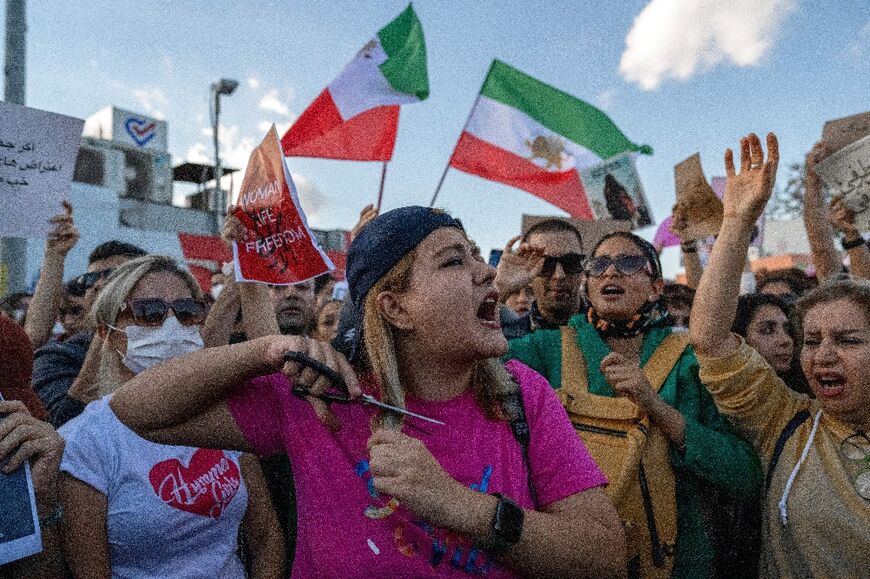 The parents of Italian woman Alessia Piperno, 30, from Rome, said they lost contact with their daughter after speaking to her on Wednesday -- her birthday -- but then received a phone call on Sunday to say she was in jail.

"They arrested me. I am in a prison in Tehran. Please help me," she told them, according to Il Messaggero, Rome's daily newspaper.

She added: "I'm fine but there are people here who say they have been inside for months and for no reason. I fear I won't be let out again. Help me."

Italy's foreign ministry has so far made no comment on the identity of the Italian held.

At least 92 protesters have been killed so far in the Mahsa Amini rallies, said IHR, which has been working to assess the death toll despite internet outages and blocks on WhatsApp, Instagram and other online services.

The chief of riot police in Marivan, Kurdistan province, died of his wounds Sunday after being shot during "riots", state television said -- the 12th death reported among the security forces since September 16.

Those protests were sparked by accusations a police chief in the region had raped a teenage girl of the Baluch Sunni minority, the rights group said.