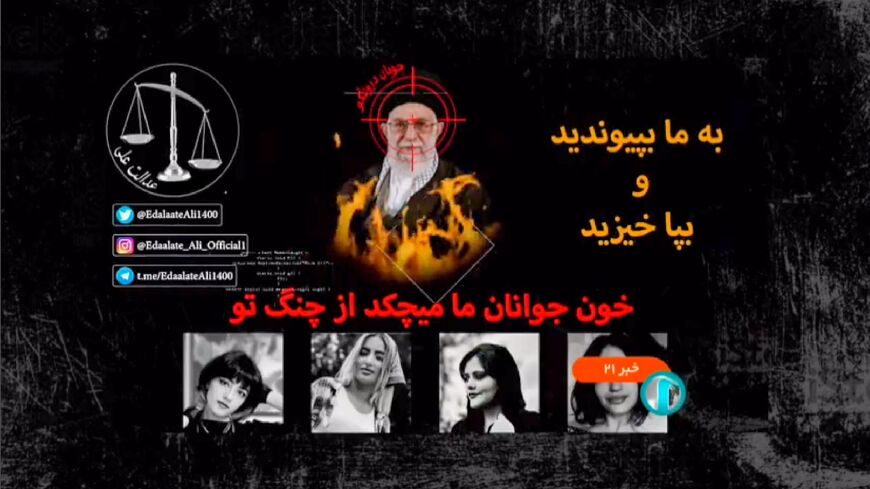 In other anti-regime messages, activists have spray-painted "Death to Khamenei" and "The police are the murderers of the people" on billboards in Tehran.

"The blood of our youths is on your hands," read an on-screen message that flashed up briefly during the TV broadcast Saturday evening, as street protests sparked by the death of Mahsa Amini, 22, again rocked Tehran and other cities. 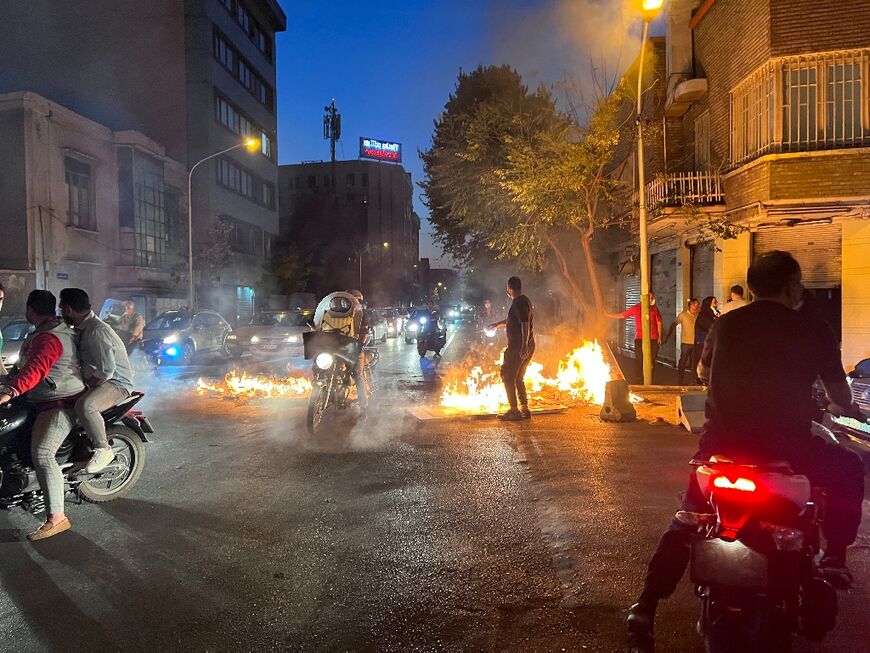 "Police forces used tear gas to disperse the crowds in dozens of locations in Tehran," state news agency IRNA reported, adding that the demonstrators "chanted slogans and set fire to and damaged public property, including a police booth".

Anger has flared since the death of Amini on September 16, three days after she was arrested by the notorious morality police for an alleged breach of the Islamic republic's strict dress code for women.

"Join us and rise up," read another message in the TV hack claimed by the group Edalat-e Ali (Ali's Justice).

It also posted pictures of Amini and three other women killed in the crackdown that has claimed at least 95 lives according to Norway-based group Iran Human Rights. 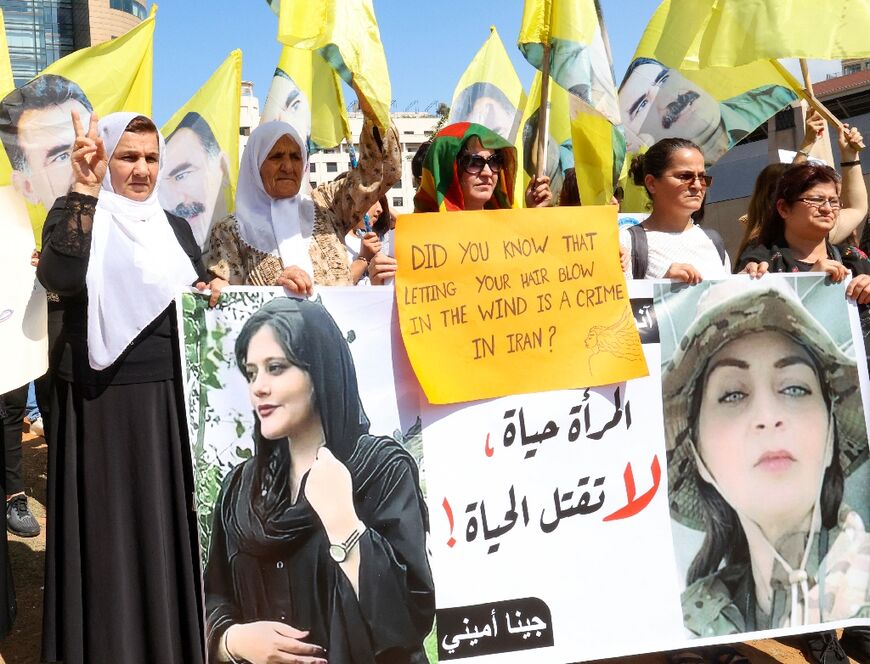 Another 90 people were killed in Iran's far southeast, in unrest on September 30 sparked by the alleged rape of a teenage girl by a police chief in Sistan-Baluchestan province, said IHR, citing the UK-based Baluch Activists Campaign.

One Islamic Revolutionary Guard Corps member was killed Saturday in Sanandaj, Kurdistan province, and a member of the IRGC's Basij paramilitary force died in Tehran from "a serious head injury following an armed attack by a mob," IRNA said -- in killings that raised the death toll among security forces to 14. 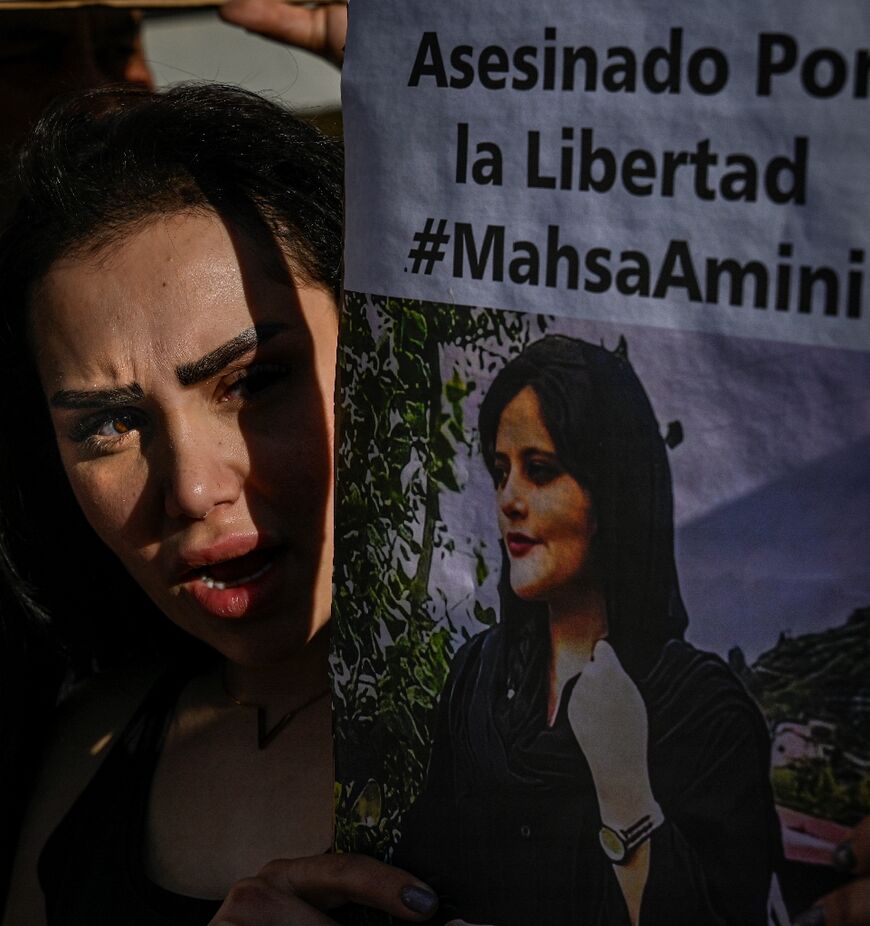 Iran has been torn by the biggest wave of social unrest in almost three years, which has seen protesters including university students and even young schoolgirls chant "Woman, Life, Freedom".

In Amini's hometown Saqez, Kurdistan, schoolgirls chanted and marched down a street waving their hijab headscarves in the air, in videos the Hengaw rights group said were recorded on Saturday.

Gruesome footage has emerged from the state's often bloody response, spread online despite widespread internet outages and blocks on all the major social media platforms. 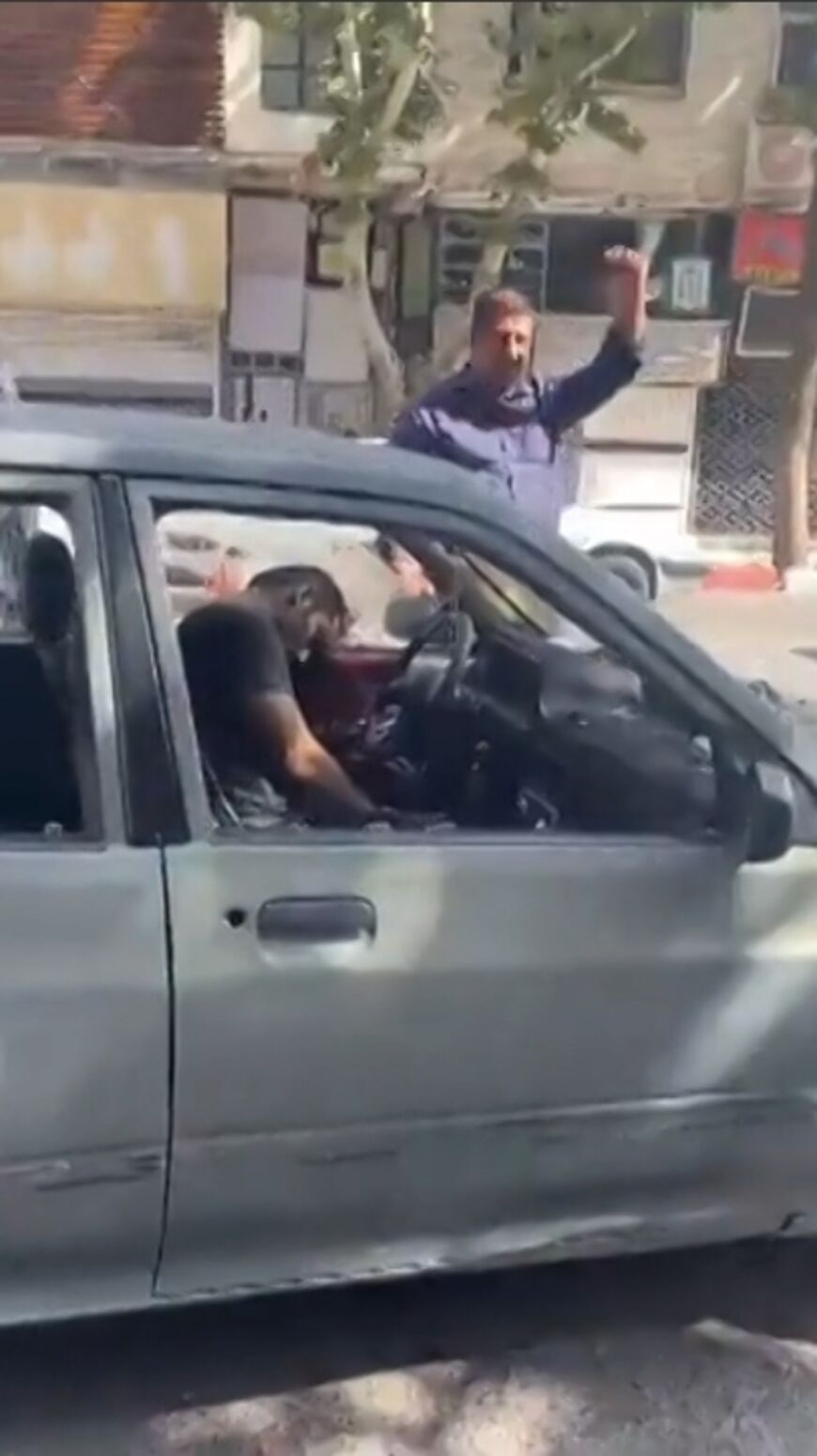 One video shows a man who was shot dead at the wheel of his car in Sanandaj, Kurdistan's capital, where the province's police chief, Ali Azadi, later charged he was "killed by anti-revolutionary forces".

Angry men then appear to take revenge on a member of the feared Basij militia, swarming him and beating him badly, in another widely shared video.

Yet another video clip shows a young woman said to have been shot dead in Mashhad in the country's northeast.

Many on social media said it evoked images of Neda Agha Soltan, a young woman who became an enduring symbol of the Iranian opposition after she was shot dead at protests in 2009. 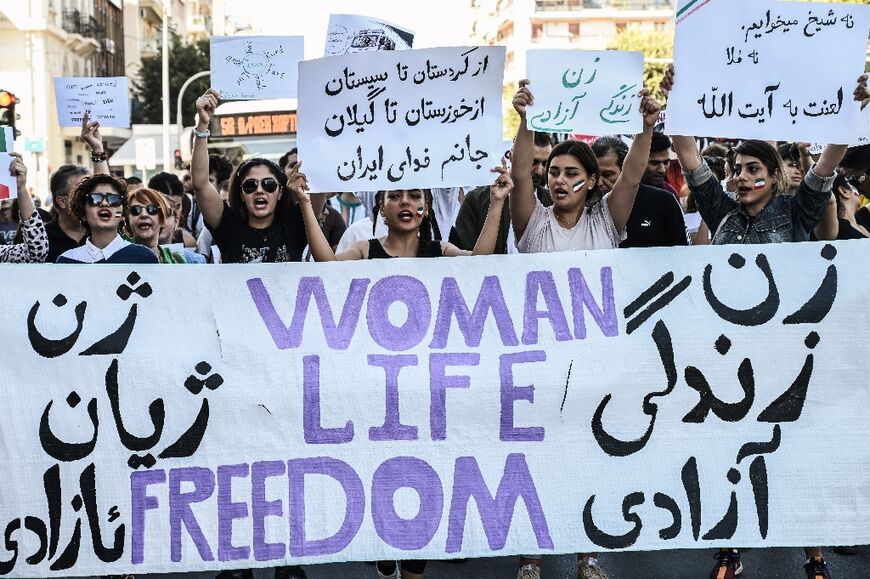 In the face of the violence and the online restrictions, protesters have adopted new tactics to spread their message of resistance in public spaces.

"We are not afraid anymore. We will fight," read one large banner placed on an overpass of Tehran's Modares highway, seen in images verified by AFP.

Several water features in the Iranian capital were said to have been coloured blood-red, although the head of city's municipality parks organisation Ali Mohamad Mokhtari insisted that "this information is completely false".

Iran has accused outside forces of stirring up the protests, as solidarity rallies have been worldwide. The United States, European Union and other governments have imposed new sanctions on Iran. 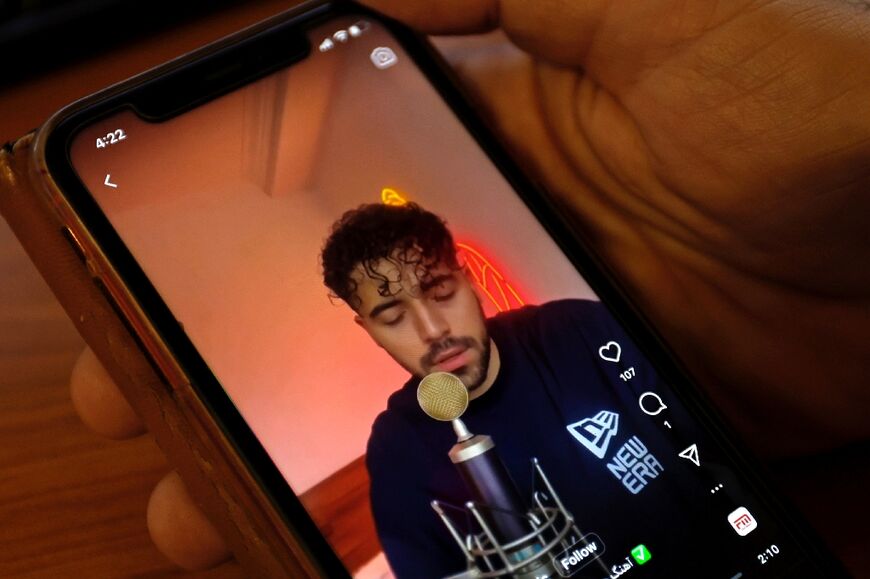 Iranian army commander Abdolrahim Mousavi said the force "will not permit any interference and aggression by any foreign powers in the country's internal affairs", IRNA reported Sunday.

IRNA also said students at universities in Tehran and in Bushehr in the country's south organised gatherings to condemn "the actions of rioters".

Iranian pop singer Shervin Hajipour -- who was arrested after his song "Baraye" went viral online and became a protest anthem -- appeared back in an Instagram video Sunday for the first time since his release.

In a short message, the 25-year-old denied links to any "movement or organisation outside the country" and said his song was only meant to "express solidarity with the people".