According to Iranian authorities, those protesting Mahsa Amini's death are some of the youngest ever seen in the country. 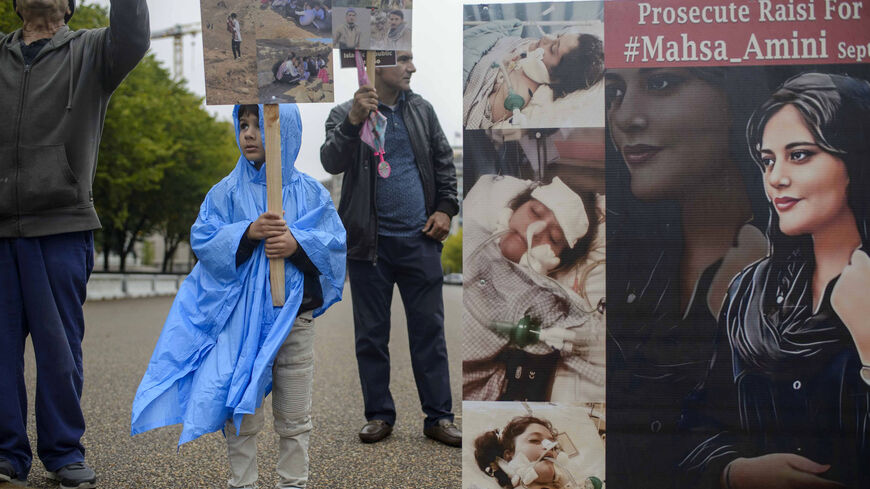 A boy looks on during a candlelight vigil to pay tribute to those who have died protesting the death of Mahsa Amini, a 22-year-old who was killed in police custody after allegedly violating the country's hijab rules, outside the White House in Washington, DC, on Oct. 1, 2022. - Bonnie Cash/Getty Images

According to the Islamic Revolutionary Guard Corps (IRGC), the latest protests in Iran are being attended by some of the youngest age groups ever to attend protests in the country.

Ali Fadavi, deputy commander of the IRGC, said today that the average age of the arrests from the protests is 15. He claimed these youths are being encouraged by social media and foreign media to “sacrifice themselves” in the protests. Fadavi did not go into details, but the number is not necessarily shocking. Looking at images of protests in Iran, especially at schools, one can see a predominance of young girls — many not even college-age.

Among the young women to take part in the protests was 17-year-old Nika Shakarami. She protested against the mandatory hijab and went missing on Sept. 20. According to various opposition sources, she was later buried in a city outside of her hometown. According to social media users, Shakarami was being chased by the police before her death.

According to Iranian media, Shakarami was found lifeless in someone’s front yard. The cause of death was falling from a rooftop, according to official reports. Iranian media said that eight men have been detained for questioning over her death, but there are no further details at this time.

Iran's leadership continues to paint these protests as a foreign plot. President Ebrahim Raisi expressed support for Supreme Leader Ayatollah Ali Khamenei’s first comments on the protests, placing the blame on the United States and Israel. Raisi said, “During his speech, the leader presented a complete analysis of the latest events and seditions against the country and the revolution, which were understandable for everyone.” Khamenei said that the United States and Israel are provoking and instigating the protests due to Iran’s progress, and they are unrelated to the mandatory hijab issue.

The protests started over two weeks ago when 22-year-old Mahsa Amini was detained by the country’s morality police for violating hijab laws. Amini later fell into a coma at the detention center and died shortly thereafter. Her death caused outrage not only because of the loss of a young life, but because it was during the enforcement of a very unpopular law at the hands of a notorious police unit that is equally unpopular in Iran.

Gholam Hossein Mohseni Ejei spoke today about Amini’s death. He said that all the events that took place occurred within one hour. After Amini was transferred to the detention center, the video shows her walking back and forth and talking to other individuals. Then she suddenly collapsed and was transferred to a hospital. Iranian authorities have released video, but regardless of the details, the anger stems from the fact that she was detained to begin with.