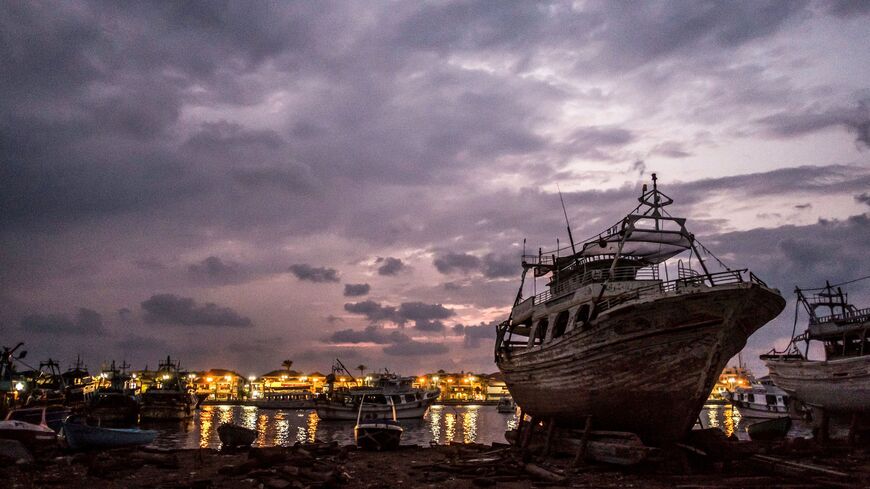 In this file photo taken on Oct. 22, 2019, boats are pictured along the riverbank and off the water of the Nile River Delta's Damietta branch near the estuary into the Mediterranean Sea, in the town of Ezbel al-Borg in Egypt's northern governorate of Damietta, The Nile, Egypt's lifeline since Pharaonic days, faces massive strain from pollution, overuse and climate change. - KHALED DESOUKI/AFP via Getty Images

Two Egyptian partners with extensive experience as angel investors have launched a venture capital fund targeting pre-seeded startups, primarily from the Middle East and Africa, that develop nature-positive and sustainable solutions to address climate change. The Climate Resilience Fund (CRF) intends to have a strong presence in Egypt and is particularly interested in addressing problems related to land and sea misuse.

Land use plays a key role in greenhouse gas cycles, as its activities can either contribute to emitting them into the atmosphere or help remove them. The UN Intergovernmental Panel on Climate Change has warned that agriculture, forestry and other land uses account for about a quarter of greenhouse gas emissions originating in human activity. And in this context, both the UN Framework Convention on Climate Change and the Paris Agreement acknowledge the importance of land use in climate change mitigation.

The launch of the fund also comes as Egypt approaches the start of the next climate summit, COP27, which will take place in Sharm El-Sheikh in November. “There is a momentum now in climate change. And it’s very much present here because of COP27, but it’s also present worldwide because of the changing weather patterns and the impact it is having,” Hossam Allam, one of the CRF’s partners, told Al-Monitor.

Allam said the new fund aims to invest $25 million over the next two years, half of it in Egypt and the other half mainly in the Middle East and Africa. Given the interest shown by investors and startups from Europe and North America, however, he stated that they are considering dedicating a tranche to the rest of the world as long as they maintain a vision from or for Africa. He also said that for the moment they have only taken small positions in some projects and expect to start announcing investments in early 2023.

Allam detailed that they are particularly keen on tech-enabled, nature-positive projects. Nature-based solutions in this context refer to ways of working with natural systems to strengthen them while at the same time addressing broader issues such as climate change or social inclusion, according to the Cambridge Institute for Sustainability Leadership.

“The link with climate is that 37% of greenhouse gas reductions can be provided through nature-based solutions until 2030. [And] a significant proportion of this comes from the agriculture, forestry and other land use sector. Carbon is released from land, wetlands, rivers and oceans if not managed well, and it can be sequestered and stored through land, wetlands and oceans if managed well,” Tom Williams, senior director for Nature Action at the World Business Council for Sustainable Development, told Al-Monitor.

Such solutions to climate change are attracting increasing attention, including from the business world. The World Economic Forum, for instance, has estimated that the nature-positive economy can unlock up to $10 trillion of business opportunities and create some 395 million jobs by 2030 by transforming the three economic systems that are responsible for almost 80% of nature loss: food, infrastructure and energy.

In the case of the CRF, Allam said they are especially interested in projects in fields such as precision farming, seawater farming, farmers’ access to markets, and the recovery of native species to support biodiversity in the region while sequestering carbon dioxide. “We want to be a home for agri-entrepreneurs,” he stated. “We don’t have the time, from a climate perspective, to wait for [this] ecosystem to evolve organically and holistically.”

The fund is confident that the upcoming COP27 in Egypt will create more momentum for this type of project. “There will be a lot of focus on the stresses that Africa feels due to climate change, but also [on] the opportunities that Africa presents in terms of unlocking long-term reversal of the crisis,” Allam said. “A lot of these nature-based solutions that can really contribute to reverse climate change could be grown out of Africa."