Egypt’s foreign reserves have fallen considerably amid the economic crisis and Russia-Ukraine war. 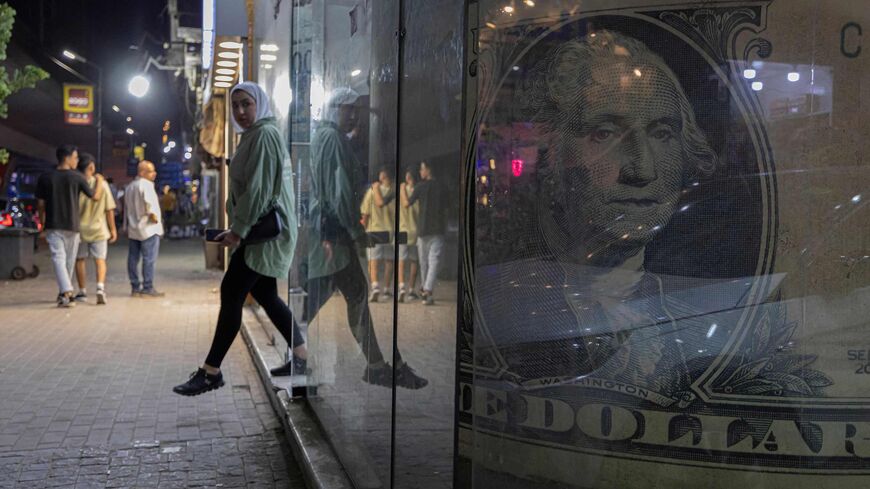 A woman walks out of a currency exchange shop displaying a giant US dollar banknote in the Zamalek district of Egypt's capital Cairo on Aug. 24, 2022. - KHALED DESOUKI/AFP via Getty Images

Banks in Egypt have reportedly started limiting what customers can withdraw.

Reuters reported Monday that some banks in Egypt have informed their account holders of limits on how much foreign currency — including dollars — they can withdraw before traveling or when using debit or credit cards overseas.

Why it matters: Egypt’s foreign currency reserves have declined considerably this year amid the economic crisis in the country, falling 19% from January to July of this year.

Egypt, unlike the United Kingdom and the European Union, does not have a currency swap agreement with the US Federal Reserve. The country therefore needs to take measures to protect its dollar supply.

"There is a shortage of dollars," Marc Chandler, of Bannockburn Global Forex, told Al-Monitor. "Banks, not the government, are trying to preserve their dollars and one way to do that is to limit withdrawals of foreign currency."

"This is particularly important as it seems to be directed at Egyptians traveling abroad. The purpose is not the exchange rate per se, but access to dollars," he added.

Egypt’s economy has been negatively affected by the Russian invasion of Ukraine. Before the war, Egypt imported the bulk of its grain from the two countries. Cairo has had to search for alternatives as a result, including among domestic wheat farmers. Egypt has also experienced high inflation due to the war.

Know more: Egypt announced in August plans to issue bonds denominated in China’s yuan currency. The move is part of a slight shift by Middle Eastern financial institutions away from the dollar and toward the yuan, though the dollar remains the dominant reserve currency in the region.