Cholera spreads in Syria as displacement camps on high alert

Fears of a cholera outbreak in Syria are growing after authorities revealed that part of the Euphrates River has been contaminated. 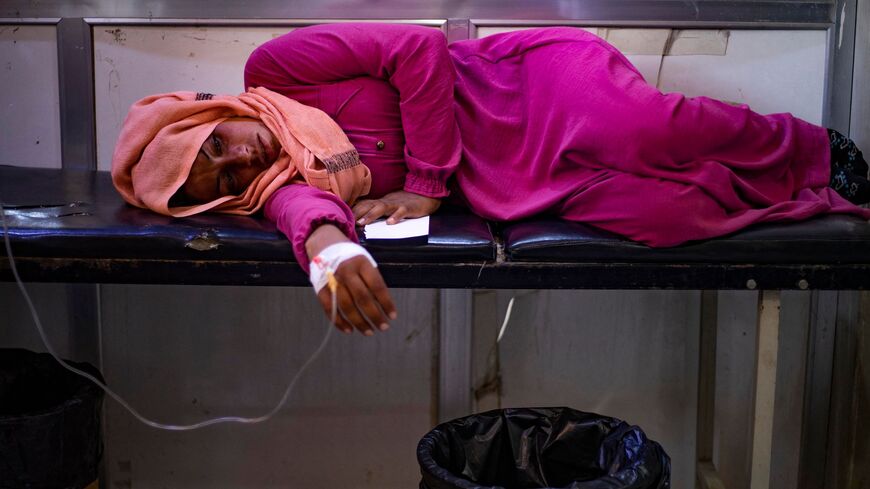 A woman suffering from cholera receives treatment at the Al-Kasrah hospital in Syria's eastern province of Deir ez-Zor, on Sept. 17, 2022, affected by the usage of contaminated water from the Euphrates River, a major source for both drinking and irrigation. - DELIL SOULEIMAN/AFP via Getty Images

As cholera spreads in northeastern Syria, concerns are mounting about an outbreak of the disease in other parts of the country, including in the northwest where displacement camps that lack any basic infrastructure could serve as a hotbed for the infectious disease.

According to data by the Early Warning Alert and Response Network (EWARN), a health information system for monitoring epidemiological diseases in the Syrian opposition-held areas, the number of suspected cholera cases in northeastern Syria has reached 8,228 as of Oct. 4 since the outbreak began in the area on Aug. 10.

The Kurdish-led Autonomous Administration for North and East Syria warned on Sept. 21 of the danger of cholera spreading further in the area and said the Euphrates River was contaminated.

Saad Shuwaikh, an agricultural engineer in Raqqa, told Al-Monitor, “The low water levels in the Euphrates River and the cholera contamination are among the main reasons for the outbreak. Some spots have turned into swamps that formed a suitable environment for the spread of cholera, especially since farmers rely mainly on the Euphrates River for irrigation.”

No death has been recorded since the beginning of the outbreak in northwestern Syria on Sept. 19.

In an Oct. 2 statement, the Syrian Response Coordination Group, an Idlib-based humanitarian nongovernmental organization assisting the displaced, raised the alarm over the spread of cholera in the displacement camps in northwest Syria near the border with Turkey, saying the camps are a favorable environment for the disease to spread in light of the poor sanitation system, the lack of clean water in and outside the camps, the population's disregard for the disease and the failure to take precautionary measures.

In an Oct. 4 statement, the Syrian Ministry of Health in Damascus announced that the number of cholera cases reached 594 in the areas controlled by the Syrian government.

According to the ministry data, the cases were distributed as follows: 386 in Aleppo, 84 in Deir ez-Zor, 45 in Hasakah, 26 in Raqqa, 21 in Latakia, six cases in both Homs and Damascus, nine in Suwayda, three in Daraa and one in Quneitra.

The ministry said the death toll was 39.

The World Health Organization (WHO) also warned of the cholera outbreak in Syria. Philippe Barboza, WHO's team lead on cholera and epidemic diarrheal diseases, said at a news briefing in Geneva on Sept. 30, “The Syrian Ministry of Health has reported a cholera epidemic in 10 governorates as of Sept. 28, which resulted in 33 deaths and 426 confirmed cases. The situation in the affected governorates is developing at an alarming pace and spreading to other areas.”

For his part, a WHO official in Syria told Al-Monitor on condition of anonymity, “The cholera outbreak is currently called an epidemic, as it is confined to Syria only. But infectious diseases know no borders and may spread everywhere, and no one is protected from them — this is what the COVID-19 pandemic has proven over the past two years.”