US sanctions Iran over cyberattack on Albania

The sanctions come after Albania severed diplomatic ties with Iran following a July cyberattack ahead of a conference held by the Mujahedeen e-Khalq. 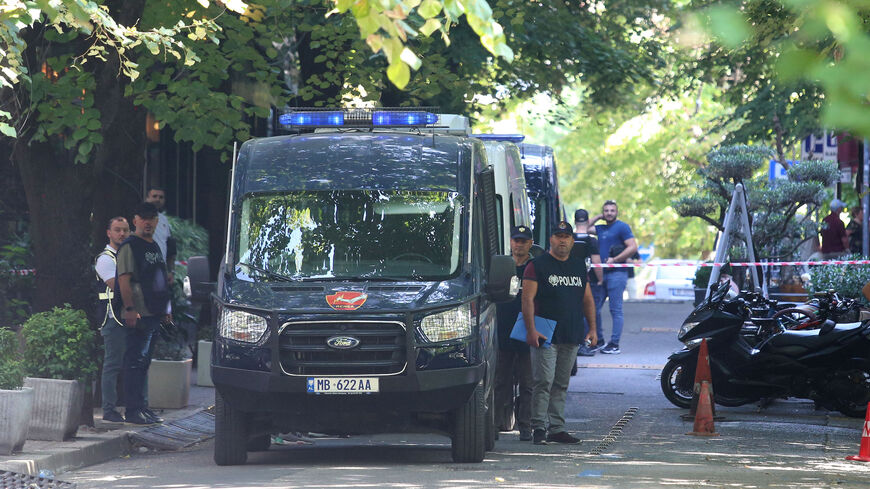 Albanian police secure the area around the Embassy of the Islamic Republic of Iran after members of the police special unit entered the building in Tirana on Sept. 8, 2022. - GENT SHKULLAKU/AFP via Getty Images

The Biden administration unleashed a second batch of economic sanctions on Iran in as many days on Friday, this time over Iran’s alleged recent cyberattack against Albania.

The US Treasury Department’s Office of Foreign Assets Control targeted Iran’s Ministry of Intelligence and Security as well as the country’s intelligence minister, Esmail Khatib, with the latest economic penalties.

“Iran’s cyberattack against Albania disregards norms of responsible peacetime state behavior in cyberspace, which includes a norm on refraining from damaging critical infrastructure that provides services to the public,” Brian Nelson, the Treasury’s undersecretary for terrorism and financial intelligence, said in a statement. “We will not tolerate Iran’s increasingly aggressive cyber activities targeting the United States or our allies and partners.”

Albania severed diplomatic ties with Iran Wednesday and gave its diplomats 24 hours to leave the country in response to the July cyberattack, which included a hack-and-leak operation and temporarily interrupted government services online.

Prime Minister Edi Rama condemned the attack and said his government had “undeniable evidence” that Iranian state actors were behind it. Iran’s Foreign Ministry dismissed the accusation and slammed Tirana’s decision to cut ties.

The July 15 attack occurred ahead of a planned conference by the Mujahedeen e-Khalq (MEK), an Iranian militant party in exile that relocated to Albania in 2016 with US financial support. Tehran considers the MEK, which critics have described as a Marxist-Islamist cult, a terrorist organization.

The White House offered a strong statement of support for NATO ally Albania yesterday, warning of consequences for what it called the “troubling precedent” Iran’s attack set for cyberspace.

The Biden administration said US officials working with counterparts in Albania for several weeks had also determined that Iranian state actors were responsible for the attack.

Why it matters: All this is occurring on the backdrop of indirect US-Iran negotiations over a mutual return to the 2015 nuclear agreement, which would see caps on Tehran’s uranium enrichment in exchange for wide sanctions relief.

The talks appear to have stalled once again, though national security spokesperson John Kirby suggested yesterday that channels remain open and active.

Iran has repeatedly targeted US allies and partner nations in the Middle East and beyond, both with more conventional military weapons such as missiles and drones and with cyberattacks.

Yesterday, the United States sanctioned entities said to be behind Iran’s recent transfer of military drones to Russia for likely use in Ukraine.

Know more: Read Jared Szuba's report on the Pentagon's revelation earlier year that Iranian intelligence was behind the MuddyWaters hacking group that has targeted both the United States and its partners in the Middle East.