The agreements are in line with the UAE’s foreign policy, which prioritizes regional partnerships. 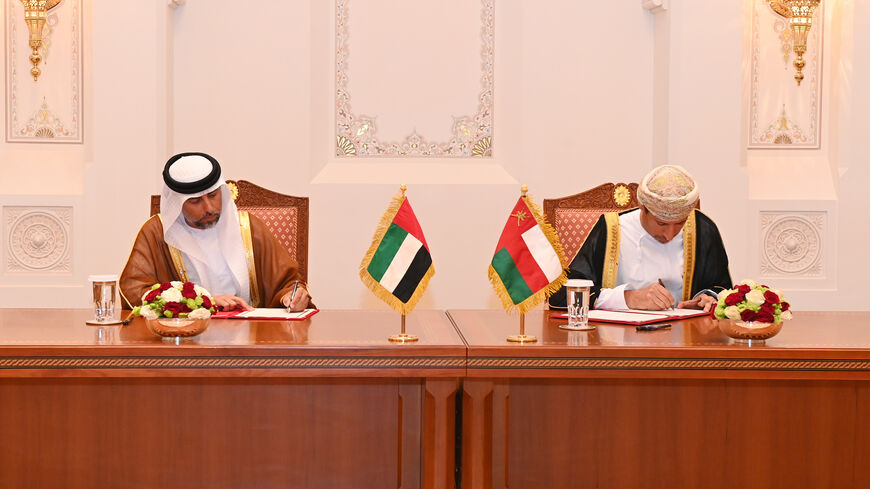 The United Arab Emirates and Oman signed a variety of cooperation agreements Wednesday.

The UAE’s Financial Intelligence Unit and Oman’s National Center for Financial Information signed a memorandum of understanding on exchanging information related to money laundering and financial terrorism. The Abu Dhabi Securities Exchange and the Muscat Stock Exchange also inked a deal on the double listing of stocks between them. Government entities in the two countries signed additional agreements on maritime transport, logistics, the environment and more, the official Emirates News Agency reported.

The UAE and Oman also signed a $3 billion deal to build a railway connecting the two countries. The Emirates and Oman will each own 50% of the project. The train will operate at a speed of 200 kmh (125 mph), the official Oman News Agency reported.

This speed is often characterized as “higher-speed,” which is less than the 250 kmh (155 mph) of “high-speed” trains.

Why it matters: The UAE prioritizes regional partnerships in its foreign policy. At the UN General Assembly this month, Emirati Minister of State for International Cooperation Reem Ebrahim Al Hashimy said the country’s strategy is based on "peace, prosperity and partnerships.”

The Emirates has recently inked free trade agreements with Israel, India and Indonesia to this end.

The money laundering memorandum also represents the UAE’s continued efforts to clean up its bad reputation in this regard. In August, the country’s central bank announced a series of new measures aimed at exposing people engaging in money laundering as well as financing terrorism and crime. The UAE has been implicated in a variety of sanctions busting and money laundering controversies in recent years.

Know more: Oman’s economy is performing well at present due to high oil prices and the implementation of fiscal reforms, Hassan Jivraj reported for Al-Monitor earlier this month.