Developing futuristic technology is a priority for the Emirates. 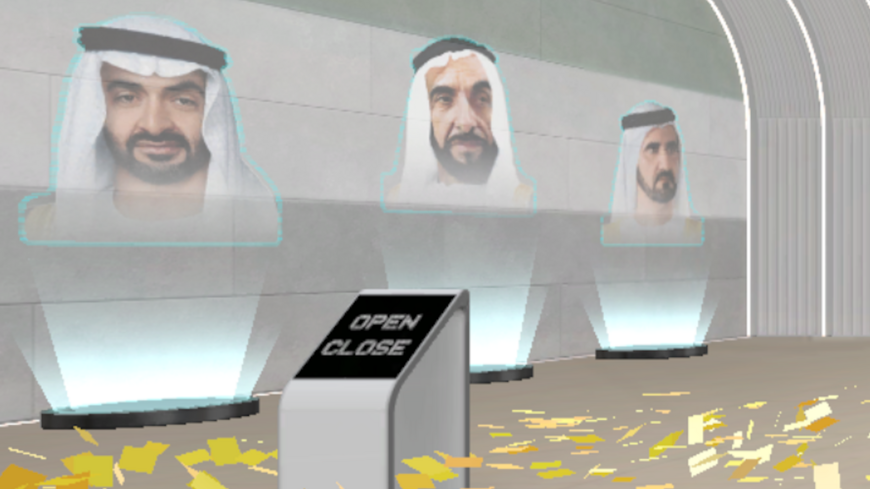 The United Arab Emirates’ Ministry of Economy has announced the opening of a new digital office in the metaverse.

The ministry said Thursday that the “metaverse assembly” will function as its “third office.” It will be able to virtually host meetings for the signing of agreements and events in digital spaces, such as an auditorium, the Ministry of Economy said in a tweet.

Al-Monitor visited the metaverse location Thursday, including its auditorium, which was playing an infomercial for the space. The metaverse has a chat function and also allows users to interact with others via applause, waving and dancing. Another video playing on the top floor of the building hosting the auditorium mentioned that the metaverse will feature live webinars, data presentations and customer support.

The UAE Economy Minister Abdulla bin Touq spoke about the project at the Dubai Metaverse Assembly Wednesday. He said the metaverse will function as the ministry’s third office after its physical locations in Dubai and Abu Dhabi. The metaverse will be capable of hosting people from all around the world and used for the signing of legally binding agreements, The National in Abu Dhabi reported.

Why it matters: The UAE is prioritizing futuristic technology as it seeks to diversify its oil-and gas-based economy. The country is particularly focused on developing its artificial intelligence (AI) sector. In August, the Emirati AI firm G42 launched a $10 billion investment fund.

Know more: The UAE’s ally Saudi Arabia is also interested in the metaverse. In February, the controversial planned megacity NEOM announced plans to launch its own metaverse.