The Syrian government has also been accused of facilitating the Captagon trade. 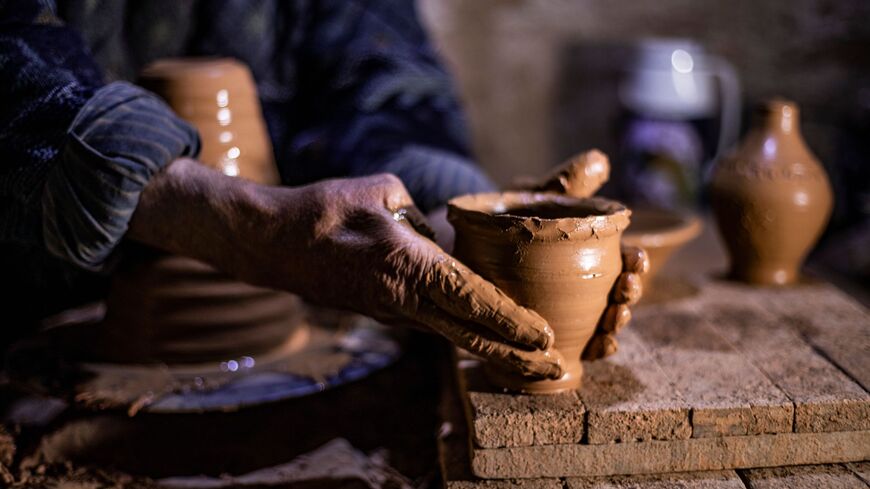 Syrian-Armenian potter Misak Antranik Petros uses an ancient pottery wheel to churn different types of pots at his workshop located inside an ancient mud-brick house near the city of Qamishli in Syria's northeastern Hasakeh province on Dec. 19, 2020. - DELIL SOULEIMAN/AFP via Getty Images

The ministry said in a statement that it seized 24 kilograms (53 pounds) of Captagon after receiving a tip and arresting the alleged drug dealer. The substance was apparently molded into the form of pottery plates under a brown coating.

What it is: Captagon is an amphetamine-type drug widely used in the Middle East. It gained notoriety for its use by Islamic State fighters in battle from 2014 onward.

Why it matters: Syria is on the front lines of the Middle East’s drug war, especially with regard to Captagon. In June, Syrian authorities announced a record 2.3-ton seizure of the drug.

The Syrian government has also been implicated in the Captagon trade. In May, a Jordanian diplomat accused Syrian army soldiers of supporting Captagon smuggling into Jordan.