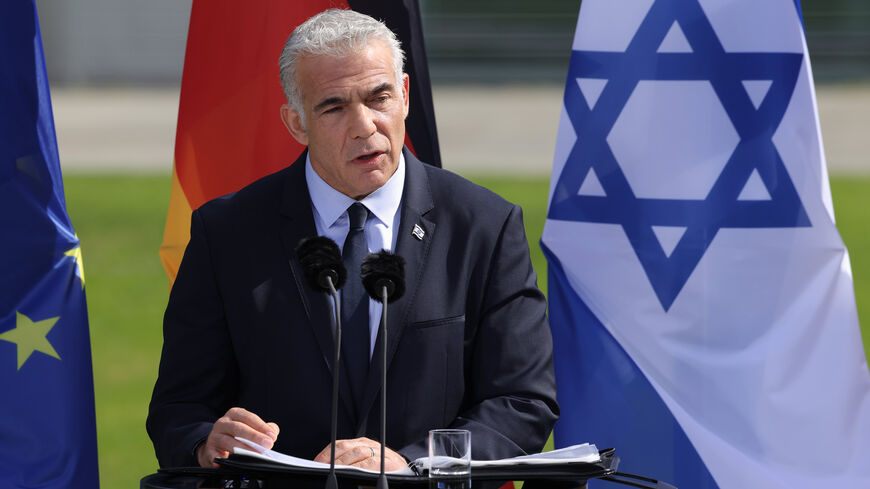 Reports Sept. 28 revealed that three days earlier, on Sept. 25, the office of Palestinian President Mahmoud Abbas contacted the office of Israeli Prime Minister Yair Lapid. The Palestinians wanted to coordinate a phone call between the two leaders, to mark the Jewish New Year. The conversation has yet to take place. When news of this was leaked to the press, Lapid’s office said, “The conversation will take place, according to the commonly accepted protocols.”

In contrast, Abbas spoke this week on the phone separately with President Isaac Herzog and with Minister of Defense Benny Gantz, wishing them a happy New Year. In the conversation, Herzog stressed the need to maintain and advance neighborly relations between the two peoples, and the importance of cooperation to restore calm and prevent violence. Gantz stressed that the Palestinian Authority (PA) must take steps to prevent an escalation of violence in the West Bank.

Lapid’s stalling — or refusal — to speak with Abbas seems unusual, not only on the backdrop of these calls, but also following the prime minister’s Sept. 22 address to the United Nations General Assembly. In his speech, Lapid said he supports the two-state solution to the Palestinian-Israeli conflict.

While laying the grounds for possible talks with the Palestinians, Lapid doesn’t want to leave the impression that he leans too far to the left, if only for electoral reasons. He has a tough election ahead, set against an escalation of terrorist activity in the West Bank. Evidently, he responds by avoiding any concrete steps in the diplomatic arena. This allows him to position himself in the middle of the Israeli political spectrum, with the Labor and Meretz parties to his left.

Evidence of this strategy can be found in Lapid’s New Year interviews of all the major newspapers. The headline in Haaretz was a direct quote: “Today I am more in the center. I learned to respect the left.” In that interview, he seemed to blame the diplomatic gridlock on the Palestinians.

This approach is reminiscent of opposition head and former Prime Minister Benjamin Netanyahu. He also supported a two-state solution in international forums, but failed to take any practical steps to implement it. Then he blamed the Palestinian Authority for the situation.

Does Lapid have any real plans to push negotiations with the Palestinians forward, if he wins the November elections?

If he does, he obviously prefers to keep them in the shadows until after the elections. Perhaps he estimates that such plans could lose him votes.

Netanyahu’s campaign promotes the idea that Lapid and Gantz will give in to the demands made by Abbas, and the concurrent pressure from the Biden administration. According to Netanyahu, Lapid and Gantz will rush to reach a diplomatic agreement, which would include handing over territories to the Palestinians.

Lapid refuses to play into Netanyahu’s hands. He certainly isn’t eager to have direct contact with the PA. His calculations are cold and logical. Voters on the left are already in his coalition pocket. They will vote for Labor, Meretz or one of the Arab parties. This gives him enough leeway to adopt a more centrist approach with a tough position on security.