The incident occurred in the Sistan and Baluchistan province, which was the site of a violent crackdown against protesters last year. 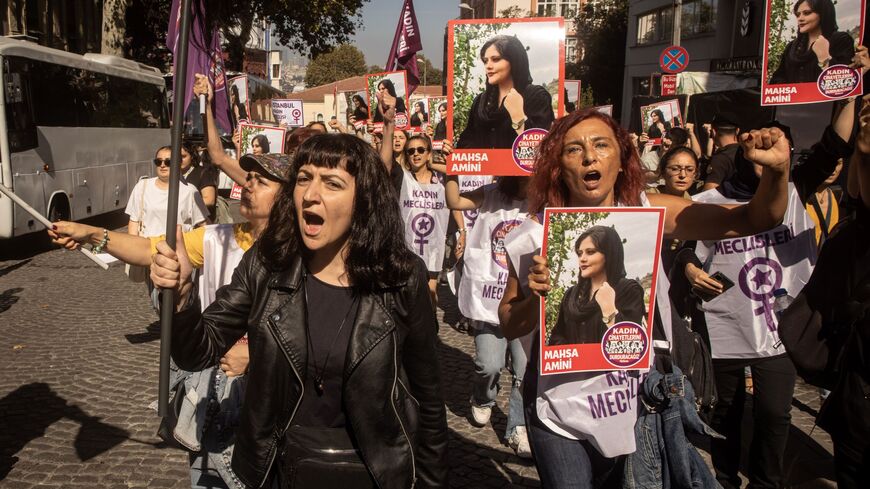 Women hold signs and chant slogans during a protest over the death of Iranian Mahsa Amini outside the Iranian Consulate on Sept. 29, 2022 in Istanbul, Turkey. - Chris McGrath/Getty Images

What happened: Ali Mousavi, IRGC intelligence chief in the Sistan and Baluchistan province, was shot during clashes between protesters and security forces in the city of Zahedan. He was brought to the hospital, where he was pronounced dead, the IRGC-affiliated Tasnim News Agency reported.

The London-based Iran International reported that there were protests that erupted into clashes in Zahedan today.

Why it matters: Mousavi’s death constitutes a major escalation in the anti-government protests and riots that began in mid-September. The Oslo-based Iran Human Rights organization said yesterday that at least 83 people have been killed by security forces since the protests began.

Some members of Iran’s security forces have also been killed, according to the government, but Mousavi is perhaps the highest-ranking one.

Know more: Baluchistan is a historic region within modern-day Iran and Pakistan that is inhabited by the eponymous people. Most Baluchi people are Sunni Muslims, making them a minority within predominantly Shiite Iran.

Protests in Iranian Baluchistan are not new. Last year, IRGC forces opened fire on people in the region who were protesting the poor economic situation in the province.

Some Baluchis advocate for independence from Iran and Pakistan, and there has been an insurgency in the area for years. Some al-Qaeda-affiliated Baluchi jihadist organizations fight the Iranian government to this end.