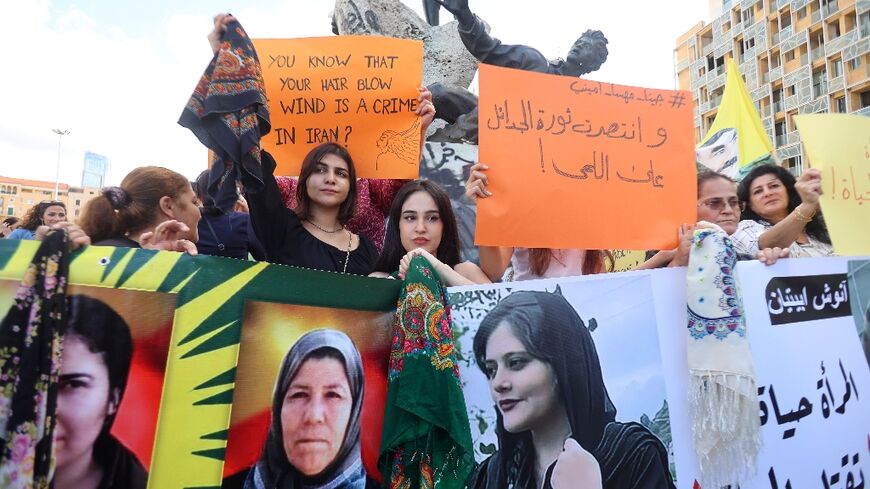 Women outside Iran are also protesting against the country's morality police, including in Beirut - ANWAR AMRO
by Lucie PEYTERMANN
September 22, 2022 — Paris (AFP)

As Iranian women bare their heads and burn Islamic veils in demonstrations that have met nationwide repression, hopes and emotions are also running high among those living abroad.

Inside Iran, at least 17 people have died in protests that broke out after Iranian authorities announced the death of 22-year-old Mahsa Amini on September 16.

Amini, who was from the northeastern province of Kurdistan, was arrested by the Islamic republic's feared morality police, enforcers of the strict dress code for women.

Activists say she died after a fatal blow to the head, an account denied by authorities, who have promised an investigation.

"(She) went to Tehran to visit her family. I told my mum that could easily have been me, or my sister, or my cousins," said Sara, a 48-year-old teacher living in France. Like several others interviewed, she asked for her last name not to be published.

"That girl wasn't even an activist, just a normal girl like me... That's what's different about this time," she added. "It's what's affected and shocked people."

Sara nervously recalled how she herself was arrested by the morality police on a trip to Iran when she was in her 30s.

Held in the same Iran detention centre where Amini was kept, she was "very afraid", she said.

Iranians, women among them, have staged highly visible demonstrations against the regime before, most memorably in 2009.

"What's unprecedented about these protests is that women are leading the charge", said Azadeh Kian, a sociology professor specialising in Iran at Paris Cite University.

"The economic crisis, unemployment and political immobility" have been the main focus of demonstrations over the past five years, Kian said.

"But this time, we're hearing protests not just against the general situation in the country, but also for women's rights. That's an important change."

Videos posted on social media have documented many women participants at demonstrations removing their veils to reveal their hair and angrily brandishing their head coverings. 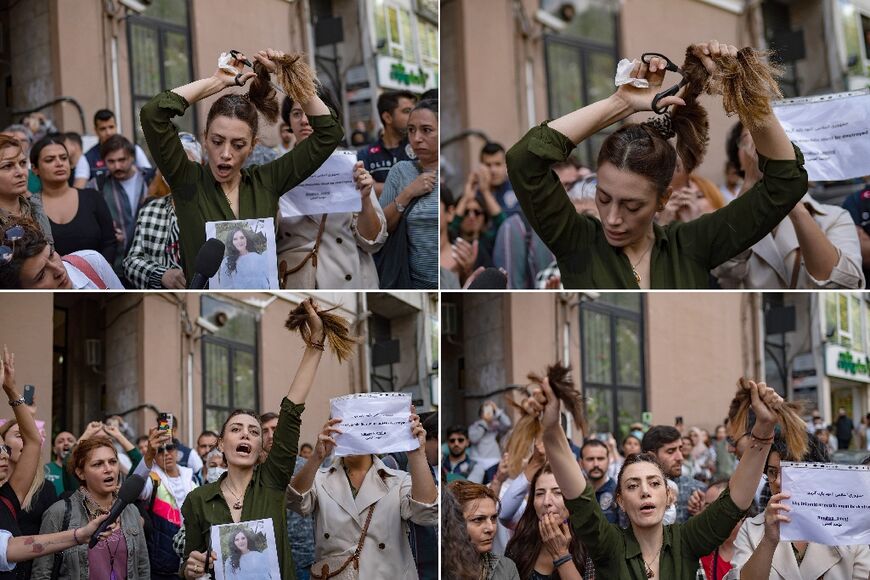 Women, especially in Kurdistan province, have "burned their veils to burn the ideological foundations of the regime", said Kian. "It's a very strong symbol."

Other women have posted videos of themselves cutting their hair in protest.

But there has been a harsh response to the demonstrations.

"My heart and stomach are so tense that I can't speak," said Mona, an Iranian researcher in her 40s.

Someone she knew was caught in clouds of tear gas unleashed by police in Tehran on Wednesday.

"It's hard to think about things over there right now, my brain freezes up," Mona added. "Several people I know are now in prison."

Under the morality police, Iranian women must cover their hair. They are also forbidden from wearing coats that do not reach below the knee, tight trousers, jeans with holes or brightly coloured outfits.

Sara remembers her accusers targeting her for her short trousers and lack of socks.

She was brought in a minibus to the detention centre, where women were held in underground cells.

"I was terrified because I'd heard rumours about violence. I grabbed one of the posts in the stairway, crying and shouting." 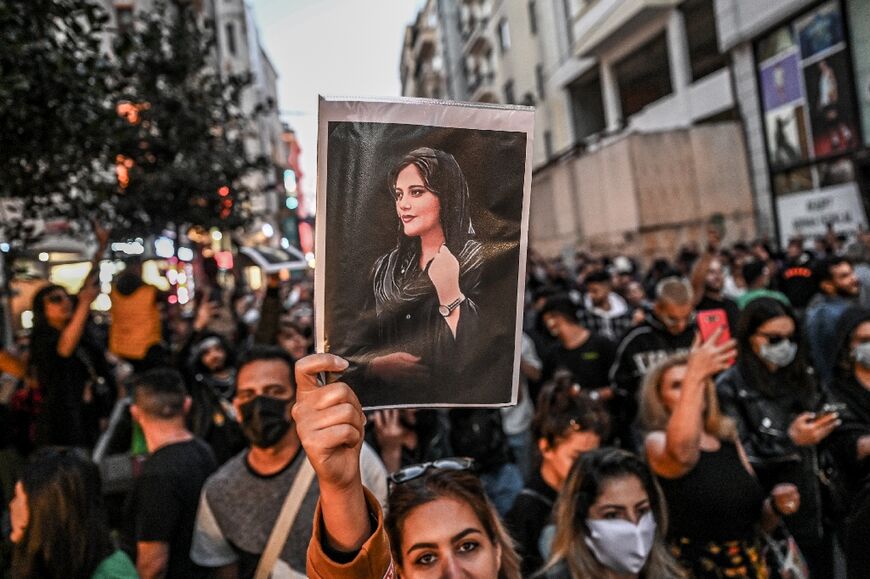 In Sara's case, her mother was able to free her around midnight on the day of her arrest, although she had to leave her identity card until her daughter had completed an hours-long "behavioural correction" course.

Sara said there had been "a build-up of repression for 43 years", ever since Iran's 1979 Islamic revolution.

"It's like a pressure cooker and now it's exploded. I hope it will keep going," she said. "Women are saying that they don't want any more of it."

She believes the women joining today's demonstrations are mostly "young, around 20, with no fear and so much hope.

"We've been waiting for these days in Iran for so long," said Saeideh Mirzaei, 38, a doctoral student at the University of Manitoba in Canada who has organised demonstrations in Winnipeg.

Her feelings were split between "rage" and "joy", said Mirzaei. She would continue protesting "as long as people are on the streets in Iran".

Outside the United Nations building in New York, 44-year-old healthcare professional Fereshteh was taking part in a noisy protest "to support Iranians inside Iran, who are fighting for their rights, risking their lives".

Women in Iran "set their veils on fire in front of the police, which means so much when you are dealing with murderers," she added.

"They are risking their lives, which means they are done and so sick and tired of this crazy regime which is in power."

In Geneva, 63-year-old Azadeh was demonstrating outside UN headquarters.

"We have a rage which we can't really control," she said, her thoughts with her family still living in Iran.

"The veil should no longer be compulsory. We ought to be free!" she said.

"Iranians are very angry. They've dared to say that they've had enough" of the morality police and other forms of repression, Azadeh added. "When will they stop?"