When Iranian strikes came crashing on northern Iraq's Kurdistan region, nurse Rezane Hassan rushed to the scene to help the victims, never imagining that her own fiance would be one of them.

"We left in an ambulance towards the affected sites," said the 22-year-old nurse, who works at a hospital in a refugee neighbourhood of the Iraqi city of Koysinjaq, where Iranian Kurds have lived for decades.

"We evacuated women and children to get them away from the bombed areas."

Then, it struck her that her fiance, Mohamed, a fighter in the Kurdistan Democratic Party of Iran (KDPI), had been in the area.

"I called, he didn't answer," she said, her face bearing the signs of grief.

"I kept calling, someone answered telling me (Mohamed) couldn't answer because he was driving," she continued. "I knew he was lying."

As Iran has been gripped by nationwide protests over the death of a Kurdish woman in the custody of the feared morality police, the Revolutionary Guards launched a barrage of strikes on Wednesday targeting Iranian Kurdish groups based in northern Iraq, accusing them of stoking unrest back home.

Protests erupted in Iran on September 16 over the death of Mahsa Amini, 22, who died in custody after she was arrested for allegedly violating the country's strict dress code. 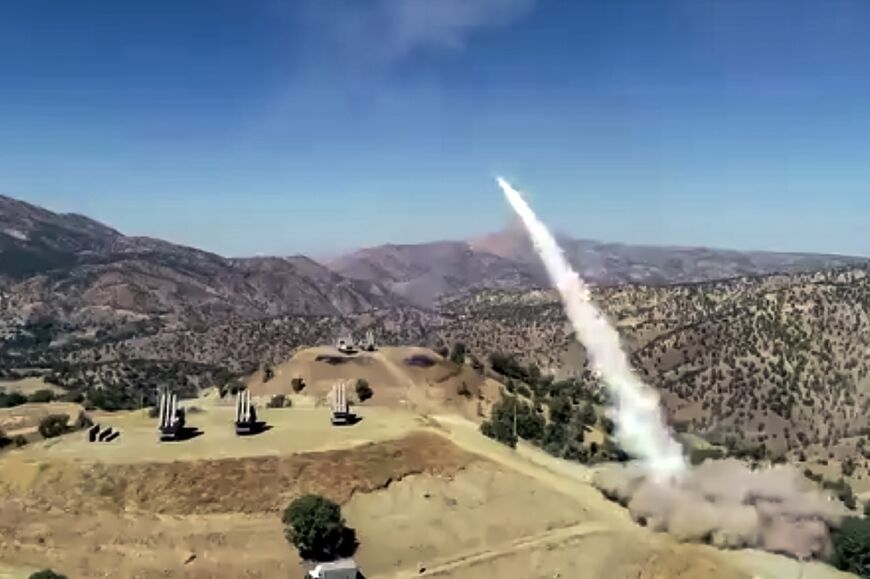 The strikes have killed at least 14 people, including a pregnant woman, while at least 58 others have been wounded, mostly civilians, according to Iraqi Kurdish counter-terrorism forces.

Iraq's autonomous Kurdistan region is home to several Iranian Kurdish rebel groups, including the KDPI, which had led an insurgency against the Iranian authorities since the Islamic Revolution of 1979, and continues to oppose them from exile.

While combat activities have greatly declined over the years, these groups have continued to mobilise on social media, playing a key role in circulating images of the protests in the aftermath of Amini's death.

Dressed in black at her parents' home, Hassan receives fellow mourners offering their condolences over Mohamed's death. Seated next to her, Hassan's mother doesn't hold back her tears. 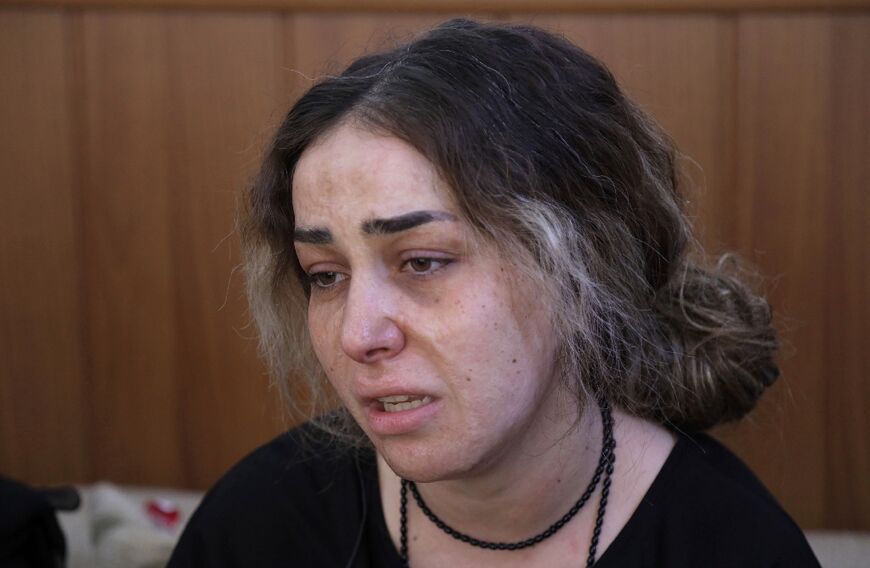 Nearby, her father scrolls through photos of their engagement party on his phone. In one, the couple is smiling and holding hands, Mohamed clad in traditional Kurdish dress. In another, a rifle is slung over his shoulder as the happy couple appears dressed in fatigues.

Iran's Revolutionary Guards vowed on Thursday to keep up its strikes in Iraq, accusing the Iranian Kurdish groups based here of "attacking and infiltrating Iran... to sow insecurity and riots, and spread unrest".

Arched over on a sofa, Qadir Bapiry wiped away tears with a crumpled handkerchief as he attended a ceremony in Koysinjaq for his friend Osman, another KDPI fighter killed in the Iranian strikes. 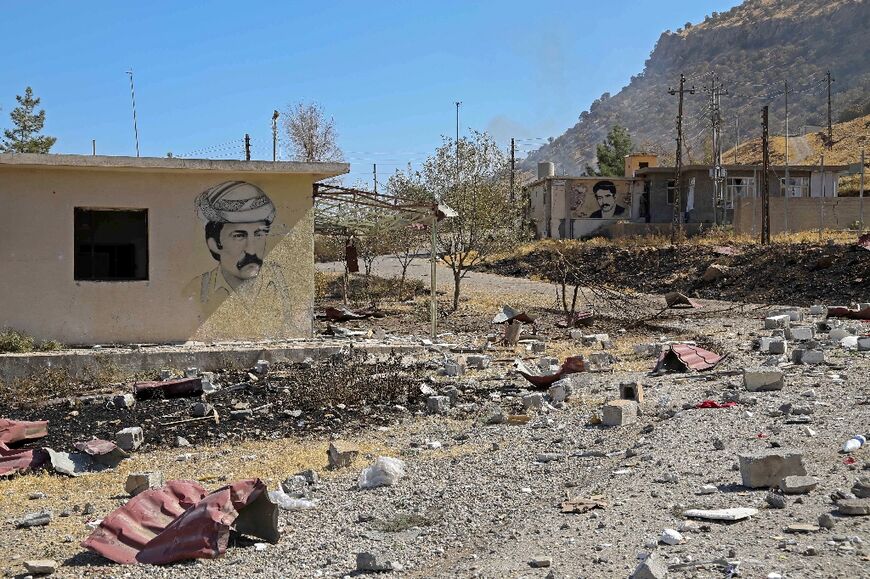 When the strikes hit, Bapiry was in his home, close to the party's headquarters. He managed to escape unharmed, but his house was destroyed.

"I heard a strong blast. I told the children 'they bombed us', then a second strike landed near the house," recounted the man in his 70s.

In 2018, 15 people were killed in Iranian missile strikes targeting KDPI offices in Koysinjaq.

Kamil Khafori, a fighter in the group, has been exiled in Iraq for 18 years. "As (Kurdish) people, we don't have any rights in Iran," he said.

"Writing in our language is banned. Kurds can't speak their language." 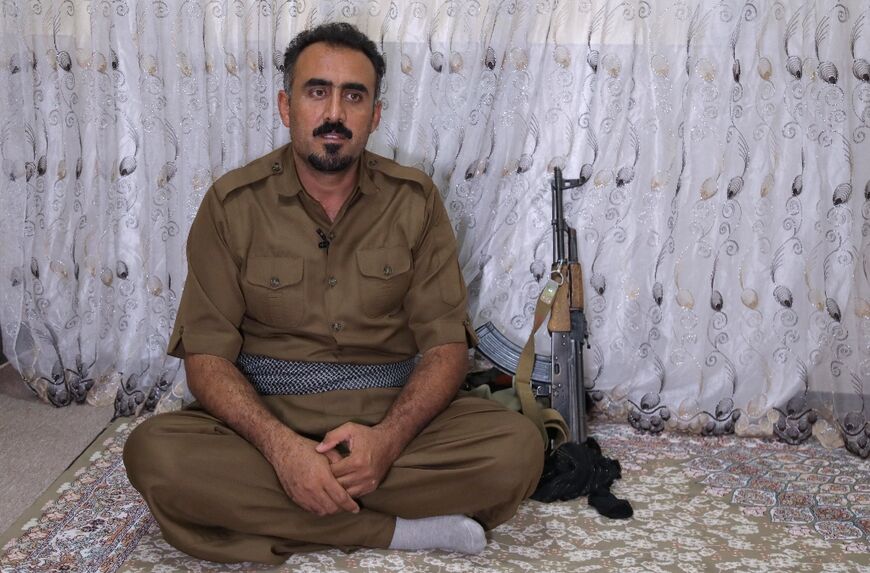 With an assault rifle by his side, Khafori sits cross-legged on the floor dressed in fatigues, unabashedly expressing support for the protests in Iran.

"I hope the protests will continue," the 43-year-old said. "Their continuation will guarantee the fall" of the clerical authorities in Iran, he added.

One of the strikes on Koysinjaq -- also known as Koya, east of the Iraqi Kurdish capital Arbil -- hit a school attended by Iranian exiles, according to the United Nations children's fund.

"At least two children were injured and one pregnant woman was killed, according to initial reports," UNICEF said in a Wednesday statement.

Her child was delivered, only to pass away the following day, according to local authorities.