Egypt hopes to become the first African host of the Olympic Games, relying on support from the president of the International Olympic Committee to stage the global event. 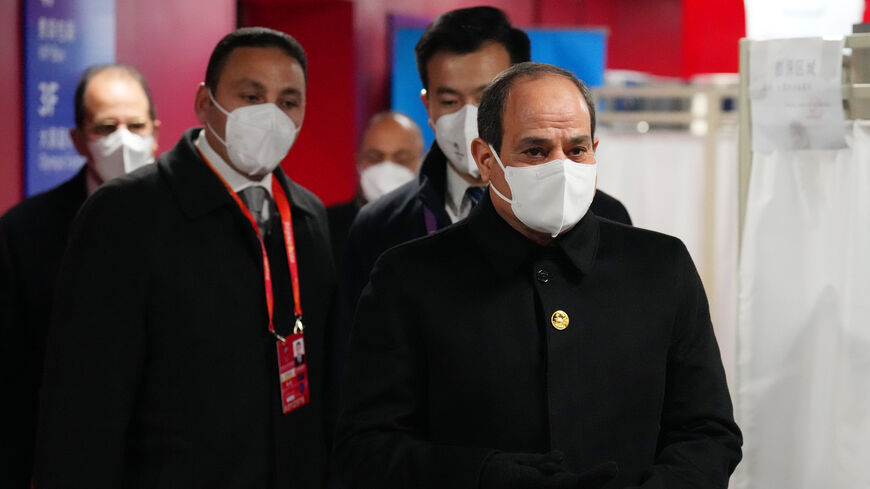 Egypt plans to present an official bid to host the Summer Olympics in 2036, hoping to become the first African country to organize the global tournament.

"Bach's visit to Cairo is very significant for discussing many important files," ENOC chief Hisham Hatab said in a statement. “President Sisi’s meeting with Bach is an important step as it will demonstrate the president’s support to the Egyptian sport and athletes for making history.”

While staying in Cairo, Bach will tour Egypt’s Olympic City in the New Administrative Capital, a $45 billion project that has been under construction since 2015. He will also visit the ENOC premises and the Olympic Museum.

“Egypt has the potential to host all global events, including the World Cup,” Abdel Nasser Soliman, sports analyst at Al-Gomhuria newspaper, told Al-Monitor via phone. “Egypt has state-of-the-art infrastructure from stadiums and closed sports halls to a major Olympic city in the New Administrative Capital, which has playgrounds for all kinds of sports.”

The construction of the complex started in 2019 and is expected to be completed by the end of 2022. When finished, Egypt’s Olympic City will be the largest sports venue of its kind in Africa and the Middle East.

Kamilla Swart, sports scientist and associate professor at Hamad bin Khalifa University in Qatar, believes that Egypt has a solid determination to become the first African host of the Olympics.

“The Olympic Games have never been hosted on the African continent,” Swart told Al-Monitor. “With the IOC changing its bidding processes to one of more dialogue with the potential host city, Egypt becomes a strong contender for the 2036 Olympic Games.”

Egypt pins high hopes on Bach’s support for its bid to organize the Olympics. Last year, the IOC president voiced hope that Africa would play host to the Olympic Games by 2036.

Egypt will face tough competition from countries like India, the United Kingdom, Turkey, Spain and Russia, which have shown interest in hosting the 2036 games.

The only other African bid to stage the Olympics came from Cape Town, South Africa, for the 2004 games, which went to Athens. Senegal is set to become the first African country to stage the Youth Olympic Games when Dakar plays host in 2026.

“Egypt — like South Africa with the 2010 FIFA World Cup or Qatar with the 2022 World Cup — will be challenged with doubters concerning their capability. But I think they will navigate an easier path perhaps with greater commitment to witness the first Olympic Games not only in Africa but also in the MENA region [as was the case for Qatar and the 2022 FIFA World Cup],” Swart said.

“Egypt seems committed to its strategy of building up its portfolio of hosting major international events, including a joint bid with Saudi Arabia and Greece for the 2030 FIFA World Cup.”

Last year, Egyptian Minister of Youth and Sports Ashraf Sobhy said he had secured the support of the president of the Association of National Olympic Committees of Africa, Mustapha Berraf, for Egypt to make the bid to stage the Olympics as a representative of the continent. “Authorities are currently preparing a comprehensive file in this regard to be submitted along with the proposed request to the IOC,” he told Sky News Arabia.

Egypt has hosted several major international tournaments in recent years. In 2017 and 2021, Cairo hosted the World Championships in Modern Pentathlon. It has hosted the Africa Cup of Nations four times, most recently in 2019, and the Africa U-23 Cup of Nations in November 2019. Early last year, Egypt hosted the Handball World Cup despite the coronavirus pandemic and is gearing up to host next summer's World Fencing Championships.

Egypt has participated in 23 Summer Olympic Games since making its debut in Stockholm in 1912, winning eight gold, 11 silver and 19 bronze medals. The nation boycotted the Olympic Games in 1932 and 1980.