Cairo has tightened down on streaming platforms. 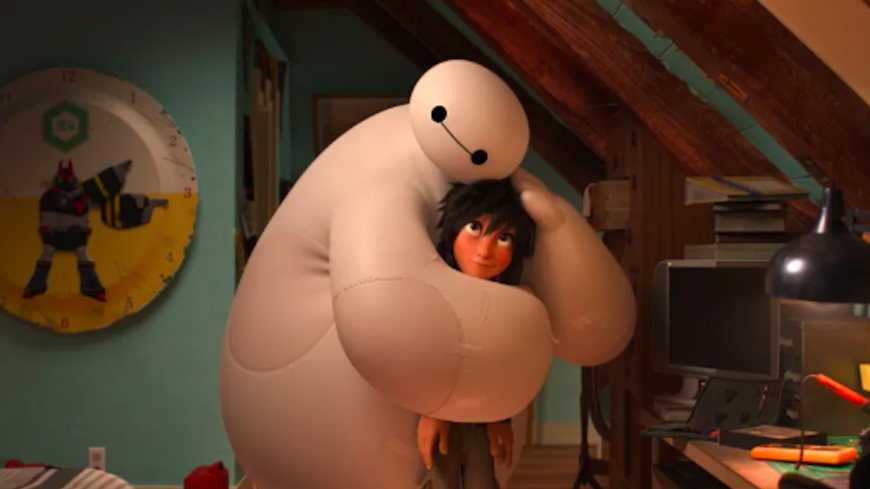 A still from the Disney series "Baymax" - Disney

CAIRO — Egypt's Supreme Council for Media Regulation recently announced that a new set of regulations and licenses will be issued for streaming platforms such as Netflix and Disney+.

In a Sept. 7 statement, the country’s highest media regulator said a rising number of subscribers to both Netflix and Disney+ in Egypt calls for more regulation of these platforms’ content.

“The licenses and regulations include obligating these platforms to abide by the societal norms and values of the state and taking the necessary measures in the event of broadcasting materials that conflict with the values of society,” the council said in a statement. It did not specify the nature of these new regulations and licenses for online streaming platforms.

The council’s announcement came the day after Saudi Arabia’s General Commission for Audiovisual Media and the Committee of Electronic Media Officials in the Gulf Cooperation Council (GCC) called on Netflix in a joint statement to remove content that “flagrantly contradict Islamic and societal values and principles.”

“In light of the recent observation that the platform was broadcasting visual material and content that violates content controls in GCC countries, Islamic and societal values and principles, the platform was contacted to remove this content, including content directed at children,” read the statement. “In the event that the violating content continues to be available, the necessary legal measures will be taken.”

Although neither statement specified the content in question, a Sept. 10 Asharq report suggested the decision was linked to season 5 of the animated series “Jurassic World Camp Cretaceous,” which portrays a homosexual relationship between two girls.

In June, the movie “Lightyear” was banned in 14 countries including Egypt, Saudi Arabia, the United Arab Emirates and Kuwait for including a scene of two women kissing.

In April, Egypt and Gulf countries including Saudi Arabia banned the movie "Doctor Strange in the Multiverse of Madness” for including a character who talks about her two mothers.

In early 2022, Netflix released its first Arabic-language film,"Perfect Strangers," to an immediate backlash in Egypt, where the Egyptian actors were heavily criticized for participating in a film that showcases marital infidelity and homosexuality.

Art critic Tariq el-Shennawy told Al-Monitor, “Disney+ has responded to the demands of the Middle East in general and has indeed made a decision to ban homosexual scenes in content directed at children, which means the pressure exerted by Arab countries has paid off.”

On Aug. 22, Disney+ removed “Lightyear” and the series “Baymax” from its available content in the Middle East.

Shennawy said that bans and censorship are not real solutions, as users can find many ways to access blocked sites. He went on, “Bans and censorship have become weapons of the past. Arab countries must instead work to educate Arab citizens to be able to choose what is consistent with their values and culture, reject actions that contradict that culture and raise children with freedom of choice.”

On Aug. 24, the Egyptian Ministry of Education announced a campaign against homosexuality including seminars and lectures at schools about the importance of specific religious values. The campaign will begin in October with the start of the new school year.

Shennawy pointed out, “The pandemic and the lockdowns imposed in most countries in the Middle East contributed to making platforms such as Netflix and Disney+ more popular among Arabs.” CNN Arabia reported in April that the number of Netflix subscribers had reached 221.6 million worldwide. However, figures on the number of subscribers in Egypt or the Middle East are unavailable.

Asharq's Sept. 10 report read that the step taken by Gulf states and Egypt “will be the first step of negotiations with the platform to revise its content and adjust its library to Arab culture.”

Laila Abdel Meguid, the former dean of the Faculty of Mass Communication at Cairo University, claimed to Al-Monitor that “since many youth and children watch content on these platforms, it is important to ensure that they fall in line with Egyptian societal values.” She added, “The council’s decision does not interfere or undermine the freedom of these platforms.”

Meguid said that the council had previously set regulations for Egyptian content. She rejected the idea that Netflix and Disney+ seek to intentionally promote homosexuality, saying, “We must not fall for conspiracy theories. Each platform has its own editorial and media policy, some of which are incompatible with our societies, such as regarding homosexuality. Families should provide guidance about such matters.”