Tadif's makeshift school is one of many desperate attempts to provide education in Syria's embattled northwest, where 44 percent of school-aged children do not have access to education, according to the United Nations - Bakr ALKASEM
Agence France-Presse
September 27, 2022 — Tadif (Syria) (AFP)

In a frontline town divided by regime and rebel forces in northwest Syria, students have returned to classrooms in a bombed-out building with no glass in the windows, no doors, desks, chairs or electricity.

Girls carrying pink backpacks play alongside boys with blue ones in the courtyard of their school in Tadif, some 32 kilometres (20 miles) east of Aleppo city.

Heavily damaged during Syria's more than decade-long war, Tadif lies on what has turned into a quiet front line between regime forces and Ankara-backed rebels.

Most of the eight schools in the area have been completely destroyed. 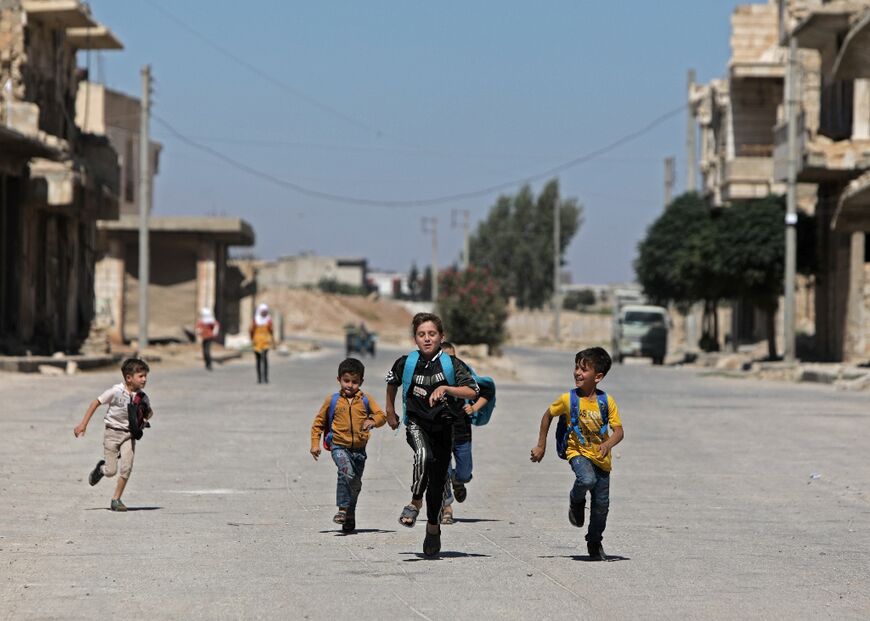 But one reopened this week, welcoming around 300 students from the rebel-held sector of Tadif.

In a dark makeshift classroom, children were gathered for their mathematics class.

"Because of the war, most of the schools in the city have been destroyed and we cannot repair them," math teacher Salah al-Khamis told AFP.

Mohamed al-Akil, the mayor of Tadif and a father of two, said he has sent his own children to school in a nearby village. 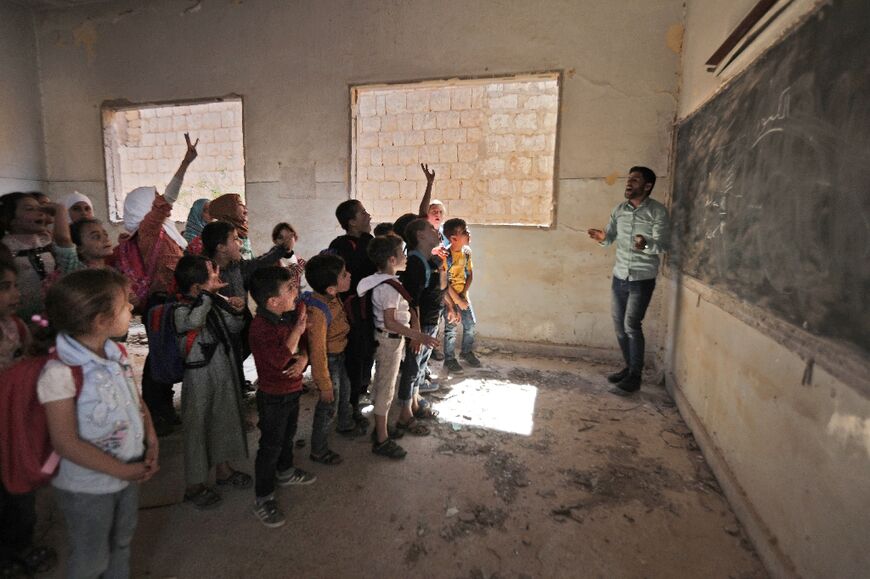 Tadif's makeshift school is one of many desperate attempts to provide education in Syria's embattled northwest, where 44 percent of school-aged children do not have access to education, according to the United Nations.

Children make up more than half of the region's population of more than four million, the UN says.

"Hundreds of schools have been damaged or destroyed by bombing and far too many children remain out of school," Mark Cutts, UN deputy regional humanitarian coordinator for Syria, said.