Border conflict breaks out between Armenia, Azerbaijan as Russia distracted by Ukraine 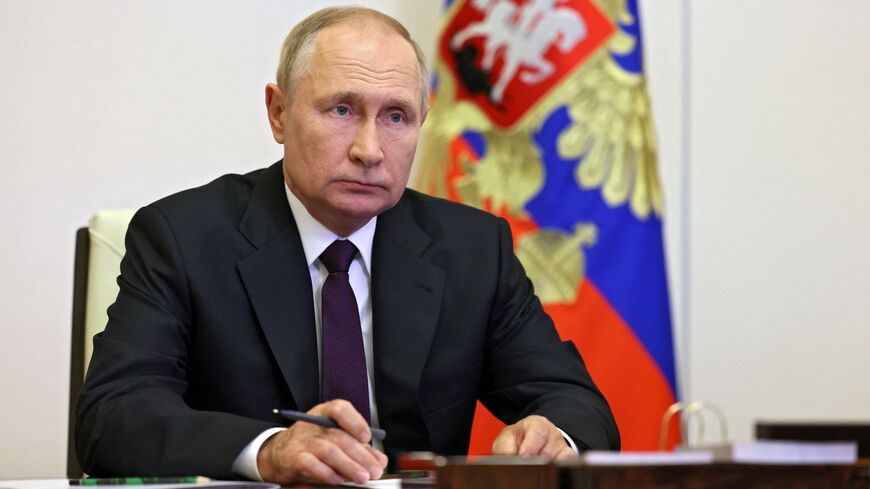 ISTANBUL — Turkey’s Foreign Minister Mevlut Cavusoglu on Tuesday called for Russia-allied Armenia to halt “provocations” on its border with Azerbaijan amid claims Baku is seeking to exploit Russia’s focus on Ukraine to reignite a conflict with its neighbor.

Cavusoglu, whose country backs Azerbaijan, said he had discussed overnight clashes with Azerbaijani Foreign Minister Jeyhun Bayramov. “Armenia should cease its provocations and focus on peace negotiations and cooperation with Azerbaijan,” Cavusoglu tweeted.

Turkish Defense Minister Hulusi Akar also spoke by phone with his opposite number in Azerbaijan, his office said.

“Expressing his reaction to Armenia’s aggressive attitude and provocative actions, he emphasized that Turkey has always stood by brotherly Azerbaijan and will continue to stand by it in its just causes,” the ministry added.

Azerbaijan and Armenia have been locked in a decades-old dispute over Nagorno-Karabakh, an enclave recognized as Azerbaijani territory by the international community but mostly populated by ethnic Armenians.

They fought a war there after the breakup of the Soviet Union and again two years ago when Azerbaijan reclaimed broad swaths of land in a six-week conflict that led to over 6,600 deaths.

Turkish-supplied armed aerial drones and mercenaries from Syria played a role in Baku taking territory occupied for nearly 30 years by Armenia. A cease-fire was brokered by Russia, which sent peacekeepers to the region. A joint Russian-Turkish center was set up to monitor the truce.

Both Yerevan and Baku blamed one another for Tuesday’s renewed fighting on the border.

Armenia claimed Azerbaijani drones, artillery and gunfire targeted military and civilian sites. It said some of its frontier positions had been overrun and 49 of its soldiers killed.

Azerbaijan said it was responding to cease-fire violations by Armenia that had escalated since Sept. 2 and said its military positions came under attack. Yerevan denied the claims.

The Nagorno-Karabakh Observer website said that recent Azerbaijani behavior had suggested military action was being prepared. It pointed to defense officials’ calls for troops to be combat-ready and the start of air force exercises with Turkey on Sept. 5.

“A similar scenario was seen just before the 2020 war broke out,” the site noted, referring to the aerial war games.

It added, “With Russia, the traditional mediator in the Caucasus, increasingly tied up in Ukraine these past weeks … an incursion into Armenia for geopolitical gains seems quite yielding.”

Timothy Ash, an emerging markets analyst at London-based BlueBay Asset Management, also said Moscow’s concentration on its unraveling war in Ukraine could have played a part in Baku’s calculations.

“Assume Azerbaijan sees an opportunity with Russia on the retreat in Ukraine, [President Vladimir] Putin has his hands full and might not be as willing to come to the defense of Armenia,” he wrote in a note to clients.

Laurence Broers, associate fellow at Chatham House’s Russia and Eurasia Program in London, said that Baku appeared to launch military operations to enforce its position in negotiations with Yerevan over the status of Nagorno-Karabakh.

The talks included discussions on re-establishing transport links, borders and the freeing of wartime detainees. Discussions have also been held in Moscow on border demarcation.

Broers said Russia’s distraction in Ukraine and the “global wave of revulsion” with Armenia’s backer had strengthened Azerbaijan’s position. Its leverage over Russia had risen due to Moscow’s need for transit routes to Iran, while Baku’s role as a source of natural gas had increased its importance to Europe in the wake of reduced Russian gas to the continent.

“Azerbaijan is seemingly in a sweet spot, in which it enjoys unprecedented leverage in every direction in a multipolar world,” Broers tweeted.

Fresh violence on the border led to calls for restraint from Russia, Europe and the United States.

“As we have long made clear, there can be no military solution to the conflict,” US Secretary of State Antony Blinken said in a statement. “We urge an end to any military hostilities immediately.”

The Russian Foreign Ministry said it had brokered a cease-fire and it expected both sides to fulfill the agreement. “We express our extreme concern over the sharp aggravation of the situation in areas of the Armenian-Azerbaijani border,” a statement said.

The Russian-led Collective Security Treaty Organization, a military alliance of former Soviet states that includes Armenia but not Azerbaijan, said it was “preparing mechanisms” to intervene in the crisis after being approached by Yerevan. It did not specify whether any action would be military or diplomatic.