US base in Syria targeted with rocket fire, coalition says

Rockets landed near the Green Village base, marking the second projectile attack on US forces in Syria on Monday. 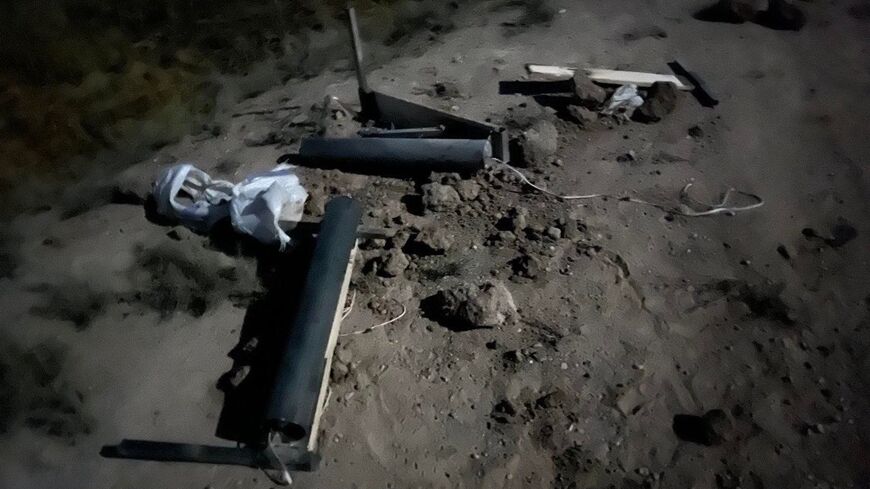 Remnants of rockets fired at Green Village, a coalition base in eastern Syria, are seen in this image posted Aug. 16, 2022. - US Central Command

Two rockets landed near a US-led coalition base in eastern Syria on Monday night, marking the second reported attack on US forces in the country in one day.

The projectiles struck near the Green Village base in Syria’s eastern Deir ez-Zor province. Several other rockets that had failed to fire were later located by US troops and the local Syrian Democratic Forces militia, the coalition said in a statement.

No one was hurt and no damage reported in the latest incident, according to the coalition.

Why it matters: There are roughly 900 US troops remaining in Syria in the wake of the campaign against the Islamic State.

US forces and the Syrian militia members they train and support frequently come under harassing rocket fire and are occasionally targeted in drone attacks often thought to have been launched by local militias backed by Iran.

Earlier on Monday, the US outpost at al-Tanf on Syria’s desolate southern border with Iraq and Jordan, came under attack by “multiple” armed drones, the coalition said. No casualties or damage was reported and coalition forces were able to knock down one of the drones.

US troops at Green Village previously took rocket fire in January. Those projectiles damaged part of the base and a nearby mosque, the coalition said, but no one was hurt. At least five drones struck the al-Tanf base last October, damaging facilities used by troops, who had evacuated the area ahead of the strike.

What’s next: After nearly two years of relative calm, Russian forces have once again begun to turn up the heat on the Americans in Syria.

Russian aircraft bombed a combat outpost at al-Tanf in June after warning US counterparts of the impending strike. The Russians claimed that Syrian government troops had come under fire in the area.

Last month, the new commander of all US forces in the Middle East, Gen. Michael “Erik” Kurilla, attributed the renewed harassment to the arrival of a new Russian commander in Syria, Col.-Gen. Aleksandr Chayko, who had previously overseen its forces in Ukraine.

Kurilla told US troops and reporters during a visit to the al-Tanf garrison that he expects the Russians to continue probing US defenses until a response is provoked in order to determine the US’ red lines.

Know more: US Central Command, which oversees American troops in the Middle East, is dusting off old ideas in hope of mitigating risk to its forces, which are spread thinner in the region than they’ve been in nearly two decades.