A range of artists are responding to one of the largest non-nuclear explosions in history. 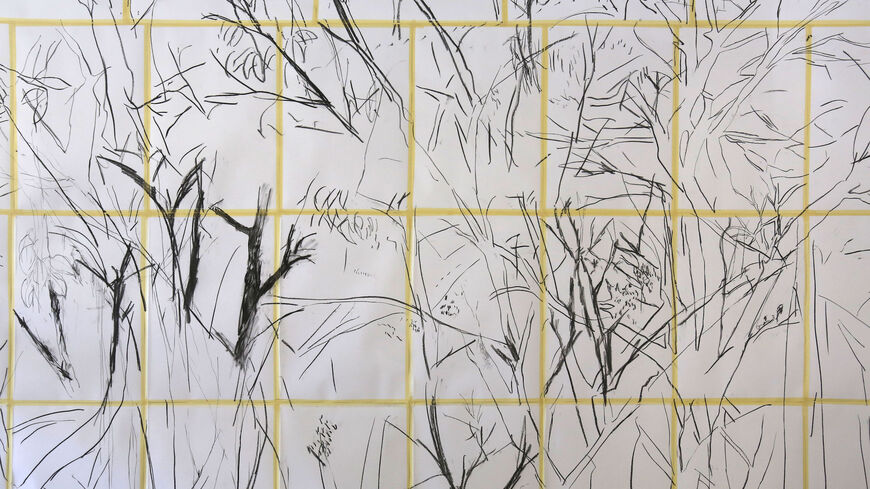 Artwork by Lebanese artist Abed Alkadiri is pictured in the same gallery where he had an exhibition that was devastated the day of Beirut's port blast, on Aug. 18, 2020, at Tanit Galerie in Beirut's Mar Mikhael district. - MARWAN TAHTAH/AFP via Getty Images 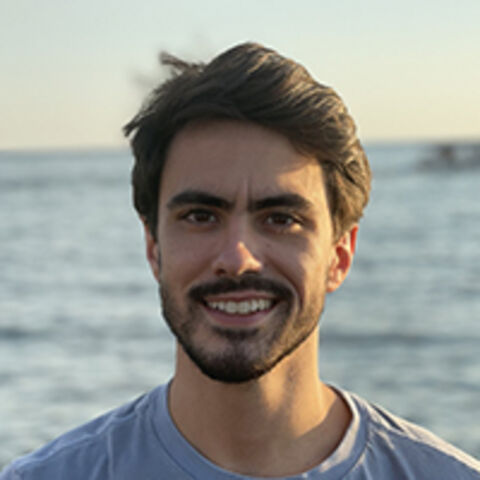 Beirut — Lebanon marked a nationwide day of mourning on Aug. 4, as the country commemorated the two-year memorial of the Beirut port explosion that killed at least 215 people, injured over 6,000 and left large parts of the city destroyed.

Two years since the blast, the investigation is still suspended and the truth has slipped further away. In the midst of a crippling economic crisis the World Bank cited as one of the worst global crises in the past 150 years, talks of accountability have also been absent from recent political discourse — except for a few of the independent parliament members who were elected to parliament in the recent May elections and campaigned partially on pushing for an impartial judiciary system.

Many Lebanese are skeptical of the prospects of finding the truth about the port blast. To this day, no officials have been held responsible or convicted. And to add fire to the burn, on the second anniversary of the blast the port silos collapsed, resurrecting the trauma of the explosions for many.

Art going back to the Arab poets of the titanic pre-Islamic era who believed in the eternity of their verses has always been a way to immortalize historic moments and channel grief and pain. It was in fact a range of artists and writers who took it upon themselves to create and re-create the memories of atrocities and injustices that would never be remedied during Lebanon’s 15-year civil war. A new generation of artists has emerged today and responded quickly in the aftermath of one of the world’s largest non-nuclear bombs. Despite their differences and the blast’s devastating impact — destroying major art galleries and creating a new immigration exodus — Lebanese and Lebanon-based artists across genres and generations have converged on the same verdict: The political class is responsible and an independent judiciary is required.

In October 2021, Beirut-based Brady Black was inspired to draw portraits of more than 200 victims of the blast on a memorial wall near the port.

Just two months after the explosion, Carol Mansour, an independent documentary filmmaker, produced a short film titled "Shattered: Beirut 6.07." In the film, she explores her city in the blast’s aftermath, talking to friends and exchanging testimonies on what had happened in candid, unscripted voice note messages.

Mansour wanted to do something to commemorate the second anniversary but worried she would be repeating herself. “I tried to think outside of the box but couldn’t find an angle that’s non-redundant. I brainstormed for a month but did not find anything to add to this tragedy,” she told Al-Monitor.

Lebanese artist Hayat Nazar created a sculpture made from the debris of the explosion portraying a woman with long flowing hair. The sculpture also featured a damaged clock stuck at 6:08, the moment of the explosion.

Toward that end, the website Beirut 607 — which was later turned into a book — was created to document all the victims and their stories. It is currently being sold at Librarie Antoine branches in Lebanon.

In January 2021, UNESCO Beirut and The Beirut Museum of Art organized "Lift," an exhibition of 17 paintings damaged in the Beirut port explosion.

"Beirut 6:07," a series of 15 short films with a running time of six to eight minutes each, looks at the explosion and highlights the lives of victims and survivors. It was released with free streaming on MBC Lebanon.

In April 2022, teenager Ariana Papazian published her debut memoir titled "Delia: A Survivor’s Story." Inspired by "The Diary of Anne Frank," in it she recounts the moment she lost her mother who was killed by the blast. The book is being sold at Aaliya’s Books in Beirut.

Zeina Saab, who organized a forthcoming bilingual book titled "Beyond Shattered Glass" that features testimonies of survival, strength and solidary that occurred during the blast, said that the various art projects were a form of remembrance and resistance. “They may violently suppress the protests and they may use all their political power to obstruct the investigation, but they can’t stop art,” she said to Al-Monitor. “Through art, we are honoring the victims and saying that we refuse to forget and refuse to stop fighting for justice.”

Despite the plethora of art that has been produced, Mahmoud Kinno — the older brother of 16-year-old Cidra, who was killed in the blast — said to Al-Monitor that he still has not seen any artwork that touches him but that he sees the importance of art, especially since he thinks the local tribunal in Lebanon will never result in justice.

The 27-year-old building security guard originally from Aleppo, Syria, has over $5,000 dollars of debt from borrowing money to pay for urgent medical expenses his family needed to buy to treat themselves after the explosion and is waiting to leave Lebanon.

“The criminals who committed this are protected by the state, so in a country like Lebanon where corruption flows, we won’t reach the truth or we would have already in the immediate aftermath,” Kinno said. “Art therefore can be a powerful way to express universally because there are many people outside of Lebanon who still do not realize the reality of what this political class did.”