China is a close ally of both countries but has also made economic inroads recently with US partners in the Middle East. 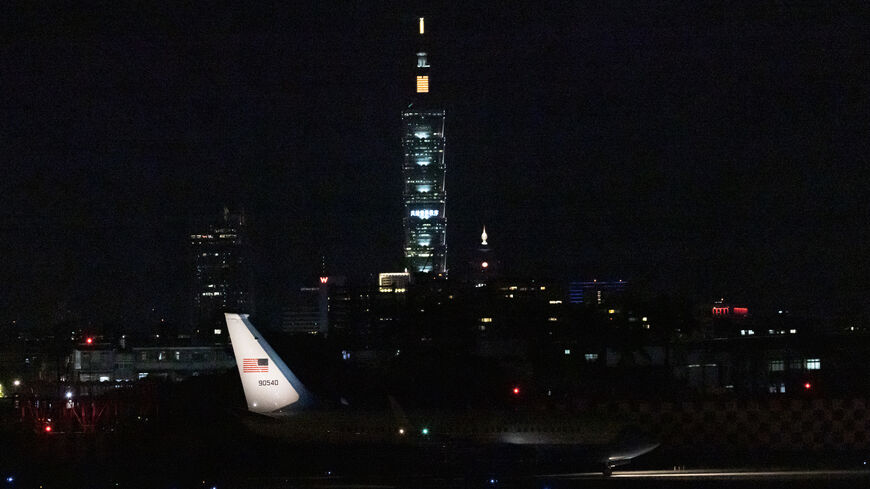 Congresswoman Nancy Pelosi’s visit to Taiwan is drawing reactions in the Middle East.

What happened: The California Democrat and speaker of the House of Representatives traveled today to the Asian island claimed by the People’s Republic of China. A longtime critic of China, Pelosi tweeted that the visit demonstrates the United States’ “unwavering commitment to supporting Taiwan’s vibrant Democracy.”

Syria’s Ministry of Foreign Affairs promptly condemned Pelosi’s visit, calling it a "an act of hostility which doesn’t match with the international law, and doesn’t respect the sovereignty, independence and territorial integrity of the People’s Republic of China,” according to the state-run news outlet SANA.

“Syria recognizes only one China,” the ministry added.

Notably, Iranian President Ebrahim Raisi and Chinese President Xi Jinping spoke on the phone Friday. The two discussed improving bilateral relations as well as US policy in Asia, according to the IRNA.

The Palestinian Presidency also expressed support today for China's territorial integrity and unity. The presidency called for a halt to any actions contrary to a One China policy, the Palestinian Authority's WAFA news outlet reported

Why it matters: China is aligned with both Iran and Syria. Last year, China and Iran signed a $400 billion, 25-year partnership agreement. The results are already showing. Iran’s trade with China grew significantly during the first half of 2022.

Iran and Syria have contentious relations with the United States, making it no surprise that they maintain warm relations with Beijing. However, China’s ties to US allies in the Middle East are also improving. In March, Saudi Aramco finalized a deal to build a refinery in China. In February, China sold fighter jets to the United Arab Emirates. Last year, a Chinese-run port opened in Israel.

China’s focus in the region is primarily on economic partnerships, as opposed to security cooperation, economist Howard J. Shatz wrote for Al-Monitor Pro in June.

Update: On Aug. 4, Qatar's Ministry of Foreign Affairs issued a statement calling on all parties to "avoid escalation" with regards to Taiwan. The ministry added that it adheres to a "One China principle" and that it "recognizes the important and pivotal roles" both the US and China play in global security.