Syrian industry has experienced substantial losses as a result of the war between government and rebel forces. 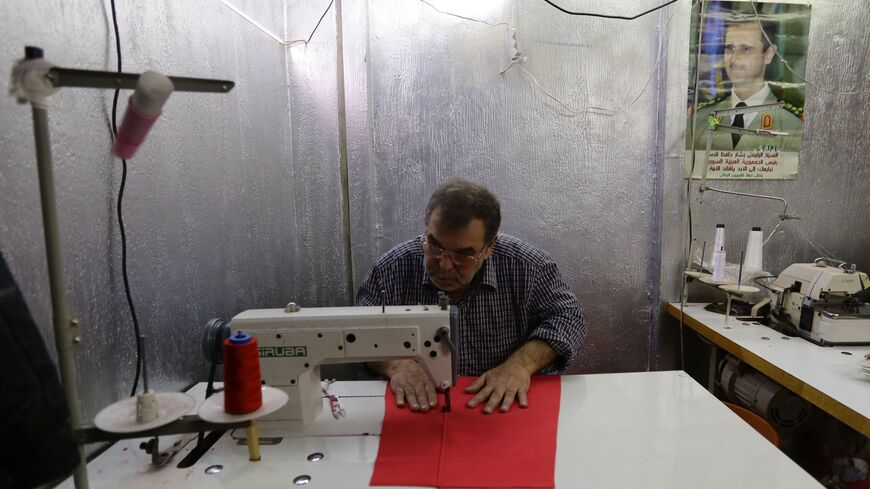 Syrian laborers work at a clothing workshop in Damascus on Feb. 2, 2016. Syria's textile industry was once one of the country's economic bright spots, with its products coveted throughout the region and beyond. But the sector, like the economy in general, has been devastated by the war that erupted in March 2011, with factories destroyed, workers displaced and sanctions hampering trade. - LOUAI BESHARA/AFP via Getty Images

The Syrian-Korean Joint Technical Committee for Joint Industrial Cooperation met Wednesday at the Syrian Ministry of Industry in Damascus. They discussed rehabilitating Syria’s production lines and machinery in the industrial sector that have been damaged by the civil war. To this end, the two countries pledged to jointly inspect companies on the ground to determine their needs regarding machines, equipment and production. They will focus on companies that are part of the General Organization for Engineering Industries, Syria’s official outlet SANA reported.

Syria’s General Organization for Engineering Industries oversees 13 companies that work in engineering-related fields such as electronics, electricity and metals, according to The Syria Report.

The head of North Korea’s embassy in Damascus, Kim Hey Ryong, and Syrian Industry Minister Ziad Sabbagh led the meeting, according to SANA.

Why it matters: Syria has sustained substantial economic losses as the result of the civil war. From 2011 to 2016, the losses in gross domestic product reached $226 billion, according to The World Bank. In terms of industry, by 2019, the value of damage to Syria’s public and private industrial sectors was between $3 and $4.5 billion, according to a report from the European University Institute.

Syria and North Korea have good relations, as both countries are international pariahs and opposed by the United States. Last week, Ryong and Sabbagh also discussed industrial cooperation. In June, the two countries signed an agreement on air travel cooperation, according to SANA.

Their cooperation goes fairly far back. In 2008, Israeli forces destroyed a nuclear reactor Syria was building. US intelligence later said that the facility was being built with North Korean assistance. North Korea is a nuclear power.

Know more: Syria is gradually turning to solar power to help mitigate the damage the war has inflicted upon the electricity sector. Another solar project was completed this week in a rural part of western Syria.