Oil prices fall to another low

Saudi Arabia has benefited from high oil prices this year, though prices appear to be falling somewhat on the back of production increases. 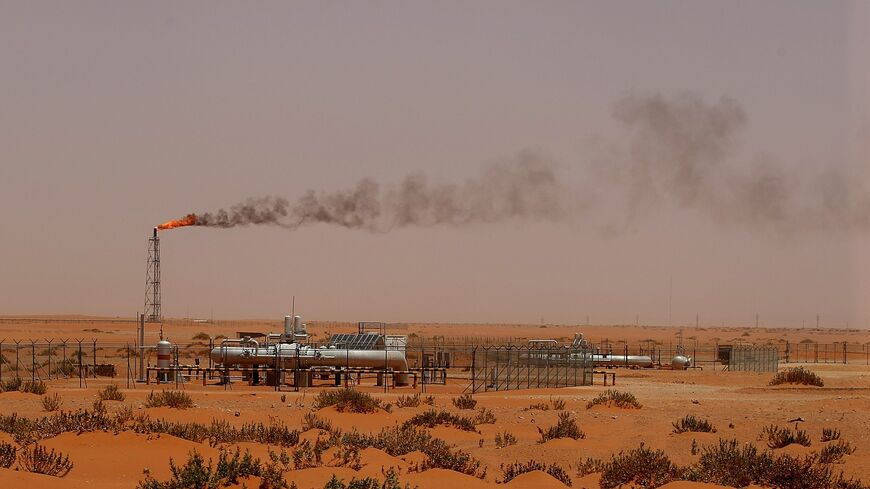 A flame from a Saudi Aramco oil installation known as Pump 3 is seen in the desert near the oil-rich area of Khouris, 160 kilometers east of Riyadh, on June 23, 2008. - MARWAN NAAMANI/AFP via Getty Images

The price of Brent crude oil fell to $91.51 a barrel at one point Wednesday, which was the lowest point since February. It later rose to above $93 a barrel later in the day, according to market data.

Brent crude is considered the benchmark for global oil prices.

Why it matters: Oil prices have been decreasing somewhat as of late. The price of Brent crude fell below $94 a barrel last week, which was also a monthslong low.

Prices were rising steadily at the start of the year and then shot up above $100 a barrel in March amid the Russian invasion of Ukraine, which severely disrupted global supply chains. At one point in March, Brent crude was more than $127 a barrel.

The recent price decreases follow Saudi Arabia, Russia and other major oil producers agreeing to supply boosts. The so-called OPEC+ alliance agreed to boost production by 648,000 barrels per day in July and August and then by 100,000 barrels a day for September.

Know more: Saudi Arabia in particular has benefited from the high oil prices. This week, the state-owned Aramco announced a record $48.4 billion in profits for the second quarter of 2022.