Algeria, Croatia, Egypt, France, Italy, Morocco, Spain and Tunisia are working together on an underwater archaeological expedition, researching the Skerki Bank region off the Sicily and Tunisian coasts. 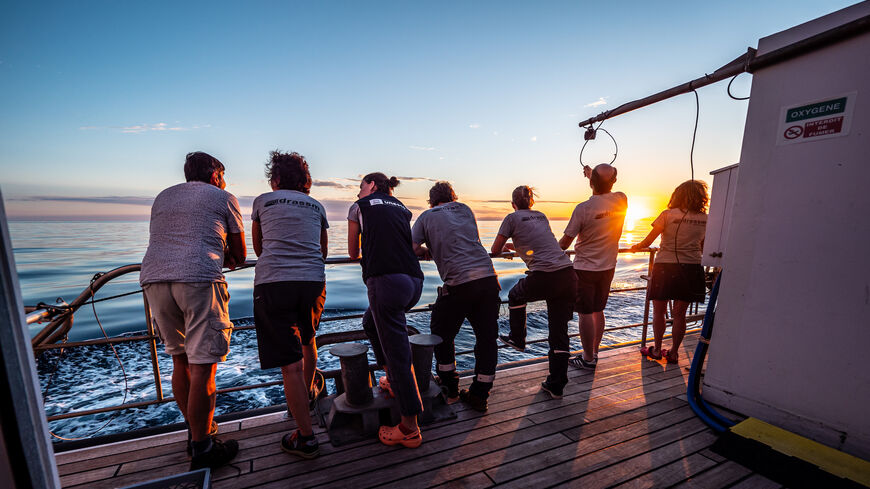 The Alfred Merlin French research vessel is currently at sea. It is a highly sophisticated boat designed for the French Ministry of Culture and especially for underwater archaeology missions. Its equipment includes underwater civil drones for research. Unveiled on May 2021, its special composite reduces the boat’s environmental impact, reduces its greenhouse gas emissions, and limits its underwater vibration and noise propagation.

On Aug. 24, the Alfred Merlin departed from Trapani in Italy to the northern edge of the Skerki Bank on the Italian marine continental shelf. On board are a dozen marine archaeologists from several Mediterranean countries, including Alison Faynot who coordinates this mission on behalf of UNESCO. Algerian Nazim Bensalah, Egyptian Emad Khalil, Moroccan Azzedine Kara and Tunisian Wafa Ben Slimane are some of the other underwater archaeologists onboard.

Two days before sailing, UNESCO Chief Audrey Azoulay tweeted, "An underwater mission coordinated by UNESCO about to depart, in search of archaeological treasures off the Tunisian Italian coast." Her office told Al-Monitor that Azoulay and the ambassadors of the respective Mediterranean basin countries were all very excited over this pioneering project.

Speaking on the phone from the boat, Faynot explained that the mission at hand is unique. It is the first time that eight countries come together to preserve what they consider a common undersea cultural heritage. The Alfred Merlin is expected to stay in the Italian continental shelf zone one more day. Then it will continue to the Tunisian continental shelf not far away for another week of exploration.

"This mission constitutes an important step in a cooperation project that started already in 2018 when eight countries decided to protect together what they believe to be shared underwater cultural heritage in the Mediterranean. All eight are countries that have ratified the 2001 UNESCO convention on protecting underwater cultural heritage. Our mission now at sea is the practical embodiment of this project. Since 2018, we conducted meetings and discussions between underwater archaeology experts, especially in the last two years, including important decision-making. Now, with the boat, we reached the crucial step of underwater exploration, " Faynot told Al-Monitor.

The 2001 Convention on the Protection of Underwater Cultural Heritage unites countries committed to protecting, understanding and making this heritage better known to the public. UNESCO's website notes that "the oceans, seas, lakes and rivers hide from view and protect under the surface a priceless heritage, largely unknown and underestimated. No one can protect what is unknown."

Working to implement these principles is UNESCO’s Scientific and Technical Advisory Body (STAB) to the 2001 UNESCO Convention. It provides advice and assistance to the meetings of states parties on technical and scientific issues relating to underwater heritage. STAB has been active in Haiti, Guatemala, Madagascar, Bulgaria and Panama. The current mission is the first time that a whole group of countries join forces for a common underwater project. 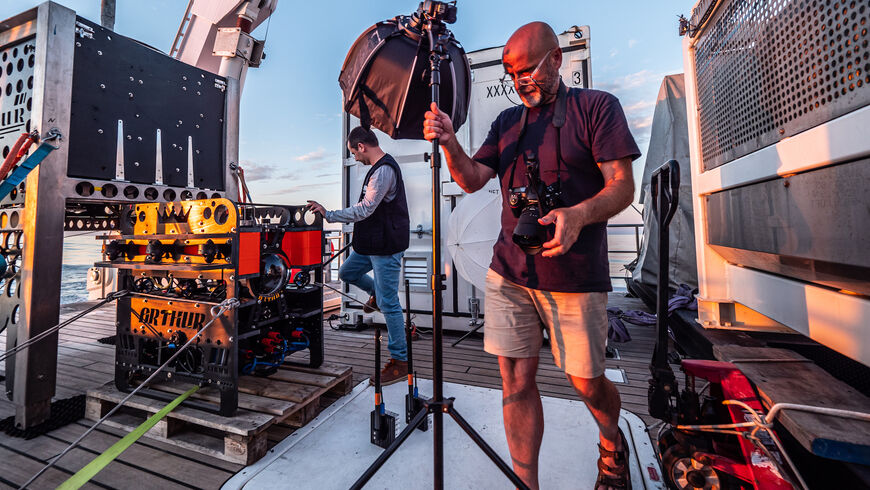 "Usually, you have one country exploring an underwater site of a wrecked ship, or perhaps two countries, when a ship of one of them was lost in the other’s water. Then you have bilateral cooperation and joint exploration missions. Here, eight Mediterranean countries, all signatories to the convention, decided to work together. This mission brings together underwater archaeologists from Algeria, Croatia, Egypt, France, Italy, Morocco, Spain and Tunisia," said Faynot.

The Skerki Bank sea area is a rather shallow water maritime zone situated in the central Mediterranean, in the strait of Sicily, between Italian Sicily and Tunisia.

"This area has played an essential role for centuries in the military, commercial, cultural and religious dialogue of the Mediterranean basin. In fact, we know that this region of the Mediterranean was a busy maritime trade route used from the Antiquity era until today, for over three millennia. It was actually one of the busiest in the world. In ancient times, it was a direct maritime route between Carthage and Rome. Located between the western and eastern basins of the Mediterranean Sea and between the south and the north of this sea, it always served as a contact point between many cultures, which also means that several wars have also played out, including during the first and second world wars."

The busy trade, pirates and wars explain only partially why archaeologists are so interested in this underwater area. "Due to the particular geological features of the Skerki Bank, such as rocky elevations and other under-the-surface natural hazards, archaeologists believe that hundreds of ships have been wrecked there over the centuries and even up until World War II," noted Faynot.

Describing the project, the office of UNESCO’s spokesperson said that thanks to the cooperation mechanism provided by the 2001 convention, UNESCO has launched, alongside eight partnering countries, a major campaign to study and safeguard this exceptional Skerki Bank site, noting that "this is essential for understanding the history of the Mediterranean."

Faynot explains that the team on the Alfred Merlin is actually tasked with two missions.

The first goal is on the Italian side. "Several shipwrecks were discovered there in '80s and '90s, mostly by American expeditions led (separately) by Robert Ballard and Anna Marguerite McCann. The idea is to go back to those shipwrecks and see how well they are doing now — to check if the wrecks are perfectly preserved or perhaps damaged because of fishing or looting."

The second part of the mission consists more of a survey. "On the Tunisian continental shelf, we know less what to expect. We could find a lot of wrecks, or maybe we’ll find nothing. It could be that many wrecks were looted over the years. We need to know what exactly is there in order to protect the area. This is the main goal of the project: to know in order to protect and also in order to facilitate access to the public to those resources … those cultural resources of heritage."