Vying for the same success of Mobileye, which was bought by Intel five years ago for $15 billion, Israeli startups are doubling their efforts to appeal to foreign investors. 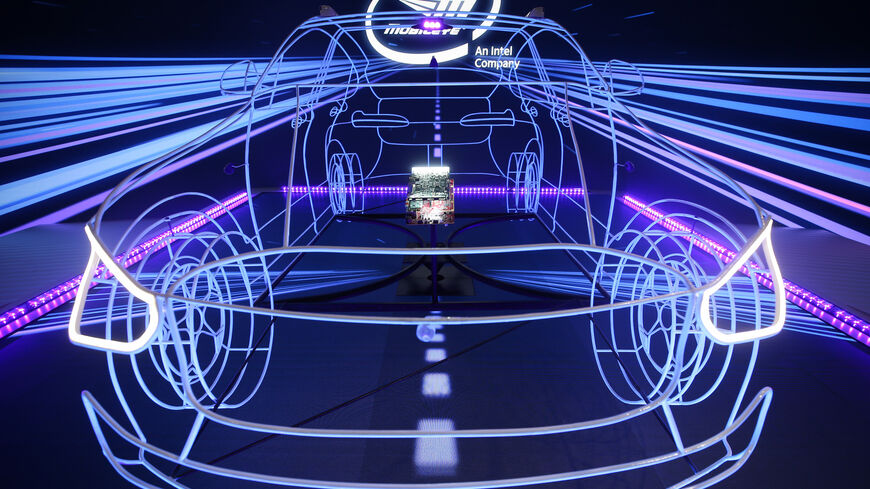 Israel’s Innoviz Technologies announced Aug. 7 that the Volkswagen group will purchase autonomous driving software and hardware from the company, in a $4 billion deal. Innoviz chief executive and co-founder Omer Keilaf issued a statement saying, “We are thrilled to work with the (Volkswagen technology group) CARIAD team and be a supplier of LiDAR sensors and perception software to support safe mobility for vehicles launching from the middle of the decade.”

These two deals are another reminder of the status Israel plays in the global industry of automotive and new mobility.

Another Israeli autotech project that grabbed international headlines — Better Place — for developing battery charging and battery switching services for electric cars ended in bankruptcy in 2013 but helped to establish the local automotive industry.

A report issued by Ecomotion last year said that since 2016, mobility startups in Israel have grown by 50%, growing from 400 companies to over 600 in 2020. The report states that investment in startups in 2020 amounted to approximately US$1 billion. Investments were divided as following: almost 25% for Israeli automotive startups active in the digitalization field, 21% for startups specialized in autonomous driving, 13% for new mobility startups, 12% were invested in electrification startups and the reminder in other auto-related fields.

The ingenuity of the Israeli autotech industry caught the attention of international corporations. Presently, there are over 20 automotive makers, which operate local innovation and R&D centers in Israel, among them Volkswagen, Skoda, Seat, Ford, Mercedes and Renault-Nissan. The first to do so was General Motors, which in 2008 opened a local R&D subsidiary in Israel.

Israel does not produce cars. Historians tell of Israeli attempts in the 1930s and 1940s to develop an Israeli vehicle named Carmel, but these attempts failed miserably. Still, even without a local automotive industry, it seems to have become a leader in autotech. How come?

Yohay Shinhar is a prominent Israeli automotive expert and consultant for top Israeli car importers. He tells Al-Monitor that an automotive industry requires heavy infrastructure and a relatively low-cost workforce — two components that were never Israel’s strong suit. On the other hand, innovation and out-of-the-box thinking are definitively Israeli trademarks. “Israel sells technology, and that is precisely what the industry needs now,” he asserted.

Shinhar further explained the growing number of automakers in Israel, saying Israel is the “only country in the world” that a space of 30 square kilometers hosts hundreds of technology firms, which can serve the needs of automakers.

According to Liav Ben Rubi, CEO of Quantum Hub, a Herzliya-based center aimed at promoting mobility and automotive startups, this industry in Israel is helped by technologies developed for the use of the IDF.

Ami Karasso is the manager of OnePR, a media consultant agency specializing in the auto industry. He believes that the global automotive industry along with a number of Israeli technology companies is to experience a significant breakthrough in the next two to three years. The vehicles that have come out in recent years are equipped with ADAS systems that have reduced the number of road accidents by 40%, he explains. These numbers are expected to boost significantly the purchase of such vehicles.

Karasso claims the new vehicles that will go on the market in the coming years will include new features such as semi-autonomous integration on the freeway. This will require a more complicated system of sensors compared to the number of sensors currently in vehicles.

Karasso notes that several Israeli companies are considered world leaders in the field of sensors. He expects these companies to become “famous like Mobileye” with a market value of billions of dollars on Nasdaq. “No automaker will be able to do without the Israeli sensors industry,” he tells Al-Monitor.

Despite the optimistic predictions on Israel’s autotech industry, there are also several challenges and hurdles it must cope with, especially securing fresh investments. The Ecomotion report mentions that in a survey among mobility startups, nearly 75% named access to financing as a key hurdle. One-third called it “very challenging.”

This difficulty is apparently the reason why 66% of Israeli autotech startups initially rely on self-funding and government grants, which they can repay once revenue starts to come in.

Ben Rubi told Al-Monitor that automotive and mobility entrepreneurs know that projects in these fields are a long process that can last between three to seven years and thus require significant financing. But, according to him, the market "sobered up" and investors look for quick revenues rather than valuation. Thus, Ben Rubi does not foresee future acquisitions in the incredible scope of Mobileye, but rather several deals with more "realistic" market value.