Fewer new cars are being delivered to Israel, but among them, Chinese electric vehicles are surging. 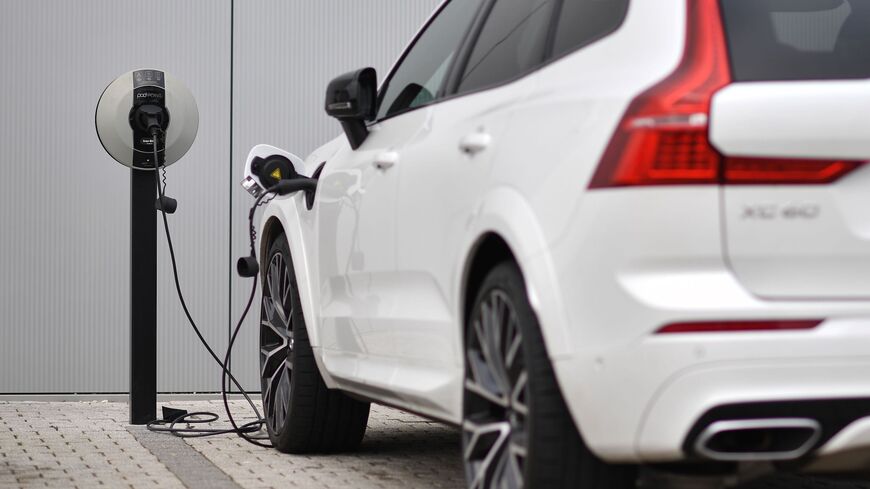 A Volvo XC60 hybrid car is seen plugged into a charging point outside a Volvo dealership in Reading, west of London, on March 2, 2021. - BEN STANSALL/AFP via Getty Images

The Israeli new car market is in decline. According to the Automobile Importers Association, since the beginning of the year until the end of August, a total of 201,212 new cars were delivered in Israel — a 15% decrease compared to the corresponding period last year, when 237,702 new cars were sold.

2021 was a record year for the Israeli automobile market and therefore some decrease was expected this year. However, the decline is greater than projected, mainly due to a global chip crisis as well as the war in Ukraine, which deepened the difficulties faced by the global supply chain, including the supply of components to the automotive industry. In such tight market conditions, Israeli importers decided to hike prices at the start of 2022 and they rose further with growing production and shipment costs.

But the big story concerning the Israeli new car market has been developing out of the top 10 — a significant rise in sales by Chinese electric vehicle (EV) manufacturers. Accordingly, among the all-electric vehicle brands, which account for roughly 6% of total car deliveries, China's Geely leads with 3,734 delivered since the beginning of the year. This figure places Geely 13th, surpassing Tesla, which delivered 2,023 compared to 4,468 during the same period last year. Geometric C, which Geely started marketing only last year, is currently the best-selling electric car in Israel. Another Chinese automaker, MG, sits at 14th with 3,667 deliveries, a 40% leap compared to the first eight months of 2021.

No other Chinese EV brands hold major market shares in Israel, though their sales figures are on the rise. Deliveries by Aiways between January and August 2022 amounted to 508 units. Seres delivered 448 cars and Skywell 445 cars while JAC Motors delivered 11 cars. Meanwhile, Hongqi, the only Chinese luxury brand marketed in Israel, has delivered 45 cars since the beginning of the year, its first year of activity in Israel.

Chinese car sales during January through August place Israel as the Western-aligned country with the biggest penetration rate of vehicles made in China. Yohay Shinhar, a prominent Israeli automotive expert and consultant for top Israeli car importers, explained to Al-Monitor that for the Chinese, Israel is the ideal car market because its lack of a local auto industry means no protective controls, unlike the American and the European markets.

Sales of Chinese cars in Israel are predicted to increase further and the number of automakers penetrating the market is set to expand by the end of the year. One of them is Leapmotor, which earlier this month announced that it has dispatched the first commercial shipment of its T03 mini electric vehicles to Israel. According to the company, “Israel is undergoing a rapid transition from gasoline vehicles to EV and mini cars are the choice of many customers there. The company's T03 model meets consumer demand in Israel.”

Shinhar asserts that the success of Chinese electric cars in Israel should not come as a surprise. “China is a superpower in terms of technology and resources needed for the manufacturing of EV. European automakers cannot compete with the lower costs of the Chinese manufacturers.” Indeed, the price of Chinese EV is attractive for the Israeli client at around 150,000-160,000 shekels ($43,000-46,000) compared to Tesla, whose prices start at 225,000 shekels ($64,000).

Looking ahead, Shinhar predicts that Chinese brands will strengthen in Israel on the expense of their European competitors. “Eventually, all automakers will join the EV revolution, but it will take time. As I see it, the European car makers will face a real blow in the Israeli market faster than they expect since they are not capable of competing with the costs of the Chinese brands.”