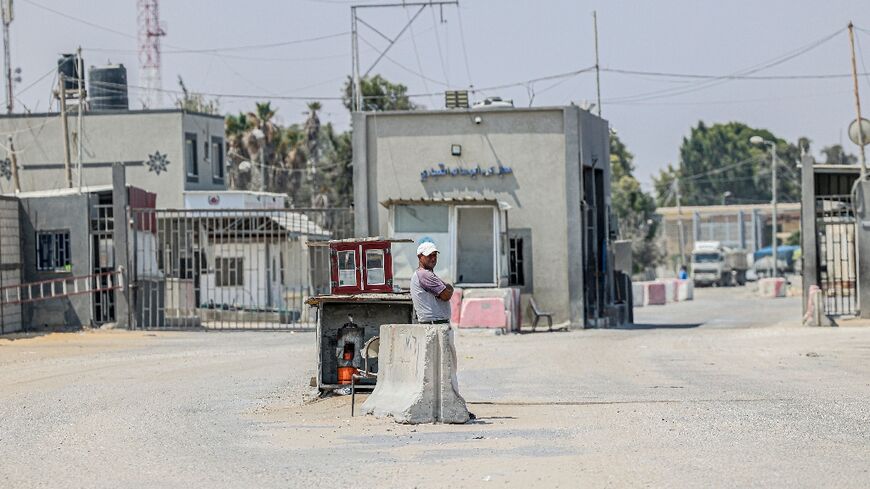 Gaza's only power station is at risk of imminent shutdown due to a lack of fuel, its manager warned Thursday as Israel's complete closure on the territory reached a third day.

Israel shut the goods and people crossings along its frontier with Gaza on Tuesday, citing fears of reprisals following the arrest of two senior Palestinian Islamic Jihad members in the occupied West Bank.

The military has also imposed restrictions of movement on Israeli communities adjacent to the Gaza Strip.

The rare measures have halted deliveries through Israel of diesel, which is needed to fuel Gaza's sole power plant.

"If industrial diesel needed for the plant to generate electricity does not enter today or tomorrow, the plant will stop generating electricity because there's not enough (fuel) to run it," said Rafiq Maliha, the station's general manager.

Gaza's 2.3 million residents experience regular power shortages and last week received only an average of 10 hours of electricity per day, according to data from the UN's humanitarian agency OCHA.

Diesel for the power plant is usually trucked in from Egypt or Israel, which has maintained a blockade of the enclave since the militant group Hamas took control of Gaza in 2007.

As well as shuttering the key supply line with Israel, this week's measures have also prevented Gazans from leaving the territory.

The World Health Organisation said the closure was affecting 50 patients per day who had been due to leave Gaza for treatment.

Thousands of Gazans with permits to work in Israel have also been unable to travel across the checkpoint.

The Israeli defence ministry unit responsible for Palestinian civil affairs, COGAT, did not immediately respond to an AFP request to comment on the impact of the Gaza closure.

The shutdown has frustrated and confused Israeli residents living near Gaza, according to Gadi Yarkoni who heads the local Eshkol regional council.

Israeli Prime Minister Yair Lapid is due to hold further talks on Thursday regarding the security measures, which were imposed following a raid by security forces in the northern West Bank district of Jenin.

Israeli forces detained Bassem al-Saadi and a fellow senior member of Islamic Jihad, which has a strong presence in Gaza. A 17-year-old Palestinian was shot dead by Israeli forces during the raid.