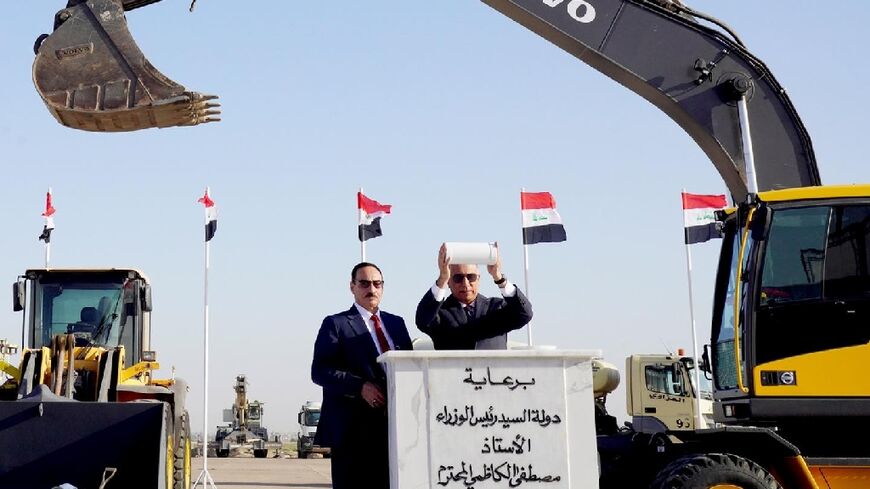 Iraqi Prime Minister Mustafa al-Kadhemi on Wednesday inaugurated the reconstruction of Mosul international airport, still in disrepair five years after the battle that expelled the Islamic State group from the city.

Entire sectors of the northern metropolis have remained in ruins since the July 2017 recapture of Mosul by Iraqi forces backed by a US-led multinational coalition.

The airport, which was heavily damaged in the battle, has been disused since the jihadists seized Mosul and adjacent areas in 2014.

Kadhemi, in an official ceremony at the airport on the southern outskirts of Mosul, laid the foundation stone for its renovation.

Airport director Haider Ali told AFP that the reconstruction has been assigned to two Turkish companies and is expected to take 24 months.

Despite the slow pace of reconstruction, the city of 1.5 million inhabitants has regained a semblance of normality: shops have reopened, traffic jams are back and international agencies have been funding restoration projects for historic sites.

At the end of 2021, the Red Cross estimated that 35 percent of west Mosul residents and less than 15 percent in east Mosul, which bore the brunt of the fighting, have enough water to meet their daily needs.

Kadhemi, quoted in a statement issued by his office, said that "huge efforts" were being made to rebuild the city.

In January, a provincial official spoke of a $266-million budget for major reconstruction projects, notably in the health, education and transport sectors for 2021-2022, according to the state news agency INA.