Iran's oil trade hit with new round of US sanctions 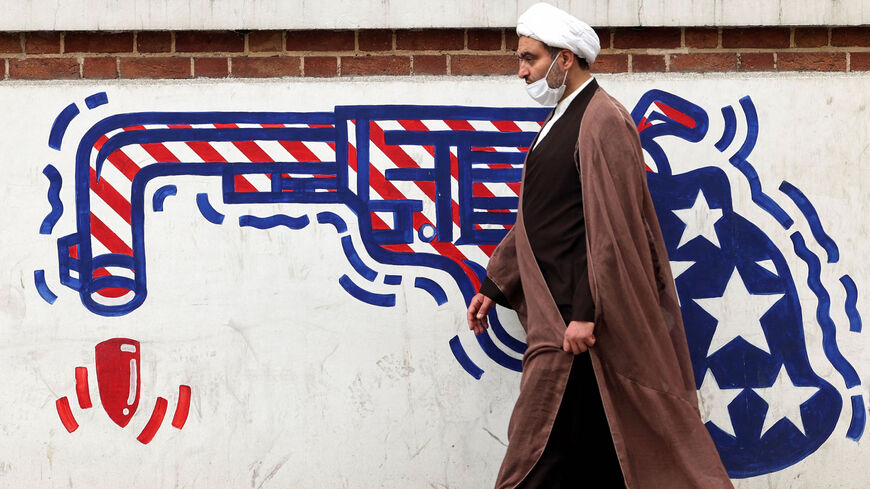 An Iranian cleric walks past an anti-US mural on a wall of the former United States embassy in the capital Tehran, on March 12, 2022. - ATTA KENARE/AFP via Getty Images

The Biden administration issued a new round of sanctions Monday targeting the sale of Iranian oil and petrochemical products to East Asia, dialing up the pressure on Iran to resume compliance with the tattered nuclear agreement.

The Treasury Department sanctioned four companies in Hong Kong, Malaysia and the United Arab Emirates that it said were used by Persian Gulf Petrochemical Industry Commercial Co., one of Iran's largest petrochemical brokers, to facilitate the sale of tens of millions of dollars’ worth of Iranian petroleum and petrochemical products.

Why it matters: The crackdown on Iran’s oil revenue comes as efforts to restore the nuclear agreement, the Joint Comprehensive Plan of Action (JCPOA), have reached an impasse.

The Trump administration withdrew from the deal in 2018 and reimposed tough sanctions that have strangled Iran's economy. A restored JCPOA would ease sanctions on Iran, including those imposed on its oil sector, in exchange for curbs on the Iranian nuclear program.

Monday's sanctions marked the third time the Biden administration has imposed penalties on Iran’s oil trade since indirect negotiations to revive the nuclear deal broke down in March.

Last month, the administration designated entities based in Iran, Vietnam, Singapore, the United Arab Emirates and Hong Kong that it said helped facilitate the sale of hundreds of millions of dollars' worth of Iranian oil and petrochemical products to East Asia. In June, it blacklisted a network of Iranian petrochemical producers and front companies in China and the UAE.

In a statement Monday, Secretary of State Antony Blinken said that the United States has been “sincere in pursuing a path of meaningful diplomacy.”

“Until Iran is ready to return to full implementation of the JCPOA, we will continue to use our sanctions authorities to target exports of petroleum, petroleum products, and petrochemical products from Iran,” he said.

The Wall Street Journal reported on Sunday that the United States is mulling sanctions on a UAE-based businessman and a network of companies suspected of involvement in Iran’s oil exports.

Iranian Foreign Ministry spokesperson Nasser Kanani said Monday that Iran responded to Borrell’s proposal and that a new round of negotiations was likely.

Borrell, however, has indicated there is no more room for compromise. Writing in the Financial Times, he described his draft text as “the best possible deal that I, as facilitator of the negotiations, see as feasible.”

Know more: Elizabeth Hagedorn and Ali Hashem examine whether Borrell’s proposal can bring the nuclear deal across the finish line.