Iran vows response to US sanctions, ramps up enrichment

In response to new US sanctions, Iran has announced its capability to develop atomic weapons. 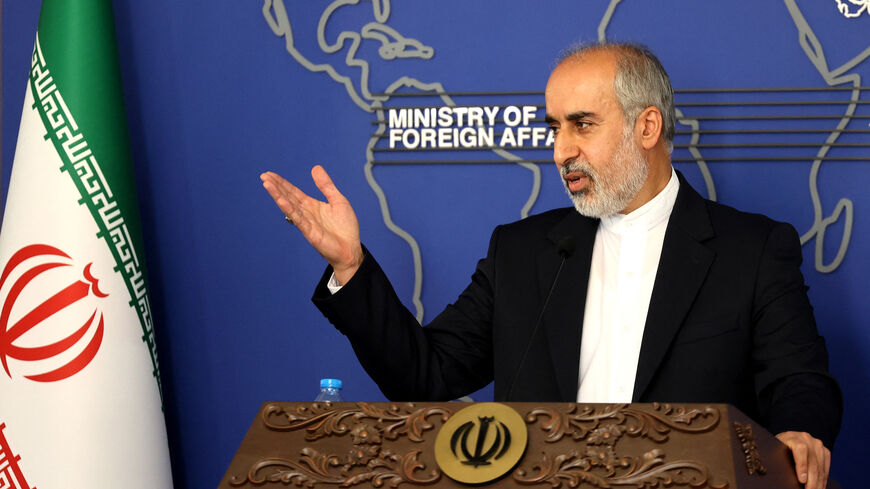 "Iran will adopt all necessary measures to neutralize those sanctions' possible negative impacts on its trade," Kanani said in a statement.

On Monday, the US Treasury announced new sanctions hitting some Chinese and Emirati companies facilitating Iran's sale of its sanctioned oil and petrochemical products.

"The Biden administration is not abandoning such fruitless and destructive measures even at a moment when efforts are being made for the resumption of talks on the revival of the nuclear deal," Kanani said in reference to the 2015 accord known as the Joint Comprehensive Plan of Action (JCPOA).

JCPOA diplomacy has seen ups and downs over the past 15 months. Following a 12-week hiatus, the Qatari government hosted a new round in June to relaunch the indirect talks between Iran and the United States. The negotiations ended without a breakthrough. In yet another push, the European Union proposed a fresh initiative last week, based on which Tehran and Washington are planning to sit at the negotiating table in Vienna, the same venue of the pre-Doha rounds.

But amid media speculation about the new round and the content of the European proposal, Iran unveiled further breaches of its JCPOA obligations. The spokesperson for the Atomic Energy Organization of Iran, Behrouz Kamalvandi, told the state TV station that 500 advanced IR6 centrifuges had been set up at Iran's nuclear facilities, a major boost to Iran's enrichment activities.

Over the past few weeks, Iran has switched off 27 surveillance cameras installed at its nuclear facilities by the International Atomic Energy Organization, effectively crippling the agency's monitoring ability at its sensitive sites. The measure was an apparent response to a resolution by the watchdog's board of governors criticizing Tehran's failure to answer questions regarding undeclared nuclear material at two sites.

The key impetus to the 2015 nuclear deal were Western concerns about Iran's nuclear program reaching a nuclear breakout point. In exchange for caps on its nuclear program, Iran was offered sanctions relief and economic dividends. Tehran, however, says those promises never materialized, and accelerated its enrichment regime in response.

On Monday, Iran's atomic energy chief Mohammad Eslami declared that the Islamic Republic has already acquired the capacity to develop a nuclear bomb, but noted that it has no plans to do so.