The Islamic Republic said the claim was politically motivated and part of an "Iranophobia" campaign advanced by the United States. 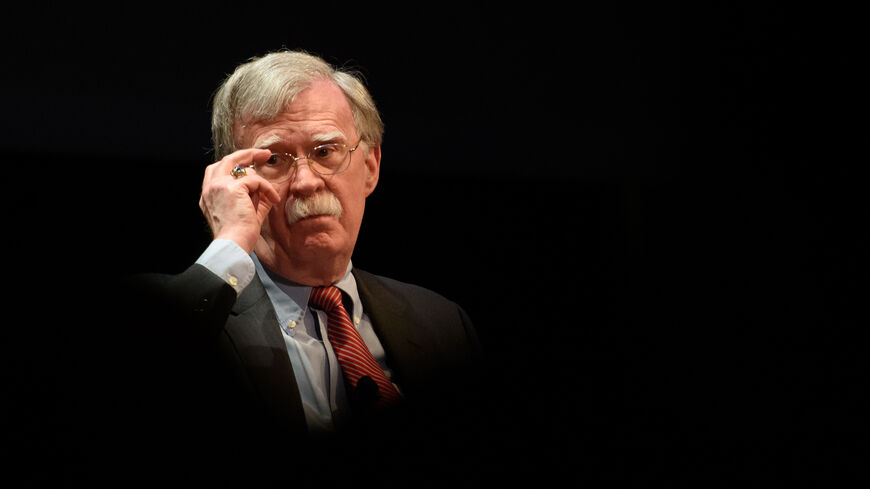 Iran's Foreign Ministry spokesperson Nasser Kanani dismissed US accusations that an Iranian national had plotted to kill former US national security adviser John Bolton. Kanani described the allegation as "threadbare myths" and a failed policy by the US judicial and propaganda system.

The reaction came one day after the US Justice Department linked an Iranian identified as Shahram Poursafi to an alleged assassination plot starting in October 2021, targeting Bolton. The Justice Department's press release says Poursafi is currently at large outside the United States and could face up to ten years if caught and convicted.

According to the Iranian spokesperson, the accusation was "fictitious," "ridiculous" and "politically motivated," based on "no damning evidence" and "in continuation of an Iranophobia campaign." Kanani argued that the United States was diverting attention from its own accountability with regard to "various terrorist crimes" including the "cowardly assassination" of Qasem Soleimani, who had commanded the Quds Force of the Islamic Revolutionary Guard Corps and was killed in a US airstrike early 2020.

The Justice Department says Poursafi was an IRGC member and was "likely" to have been moved to kill Bolton in revenge for Soleimani.

Following Soleimani's assassination, Iranian officials vowed revenge and have repeatedly declared that the goal remains a priority. Even the office of Supreme Leader Ayatollah Ali Khamenei posted an animated video online earlier this year, featuring a sophisticated remotely directed plan to kill former US President Donald Trump over his order to kill Soleimani. Iran has also shared a hit list of some 50 former and current American officials to be hunted down over their alleged involvement in the killing.

In his statement, Kanani also downgraded Bolton to a "politically bankrupt and worthless element" and warned the United States not to act against Iranian nationals in response to the alleged plot, noting that Tehran reserves the right to defend itself within the framework of international law.

Apart from alleged links to the Soleimani killing, Bolton is particularly detested by Iranian authorities for his hawkish approach toward the Islamic Republic and his open calls for regime change in Iran through military action. Most notably in 2018, Bolton drew fury from Tehran by attending a Paris convention of the Mujahedin-e-Khalq Organization (MEK), an exiled opposition group designated by the Islamic Republic as a terrorist entity.

Addressing the event, Bolton predicted that the current Iranian establishment will be overthrown, famously declaring that the MEK will be celebrating in Tehran by the end of 2018. The comment drew ridicule by Iran government loyalists, who gathered and marked the Islamic revolution's anniversary after Bolton's promised deadline.